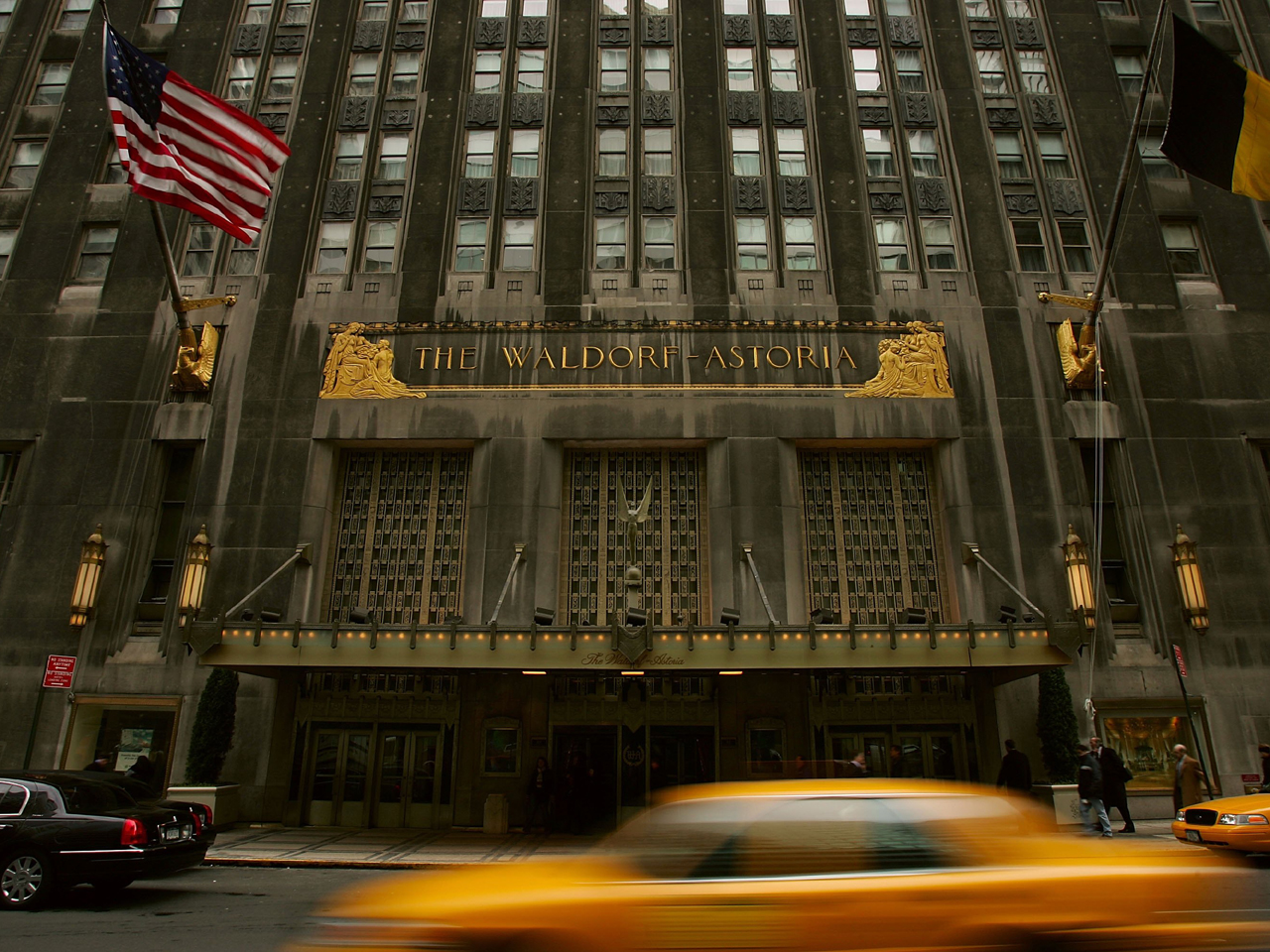 Hilton Worldwide will continue to manage the storied hotel for the next 100 years as part of an agreement with Anbang.

The Waldorf Astoria New York has restaurants including Peacock Alley, Bull and Bear Prime Steakhouse and Oscar's. The companies said Monday that the property will undergo a major renovation.

In March 1893, millionaire William Waldorf Astor opened the 13-story Waldorf Hotel. The Astoria Hotel opened four years later. The Waldorf Astoria New York, on Park Avenue in Manhattan, opened in 1931, according to the company's website. At the time it was the largest hotel in the world. The hotel became an official New York City landmark in 1993.

Hilton Worldwide plans to use proceeds from the hotel's sale to buy additional hotel assets in the U.S.

Hilton Worldwide Holdings Inc. was taken private in 2007 by private equity firm Blackstone Group LP. It returned to public stock markets in December 2013. The McLean, Virginia, company is the world's largest hotel group with more than 690,000 rooms across 93 countries and territories.

In cars, backseat can be more dangerous than front
Thanks for reading CBS NEWS.
Create your free account or log in
for more features.
View CBS News In
CBS News App Open
Chrome Safari Continue
Be the first to know
Get browser notifications for breaking news, live events, and exclusive reporting.