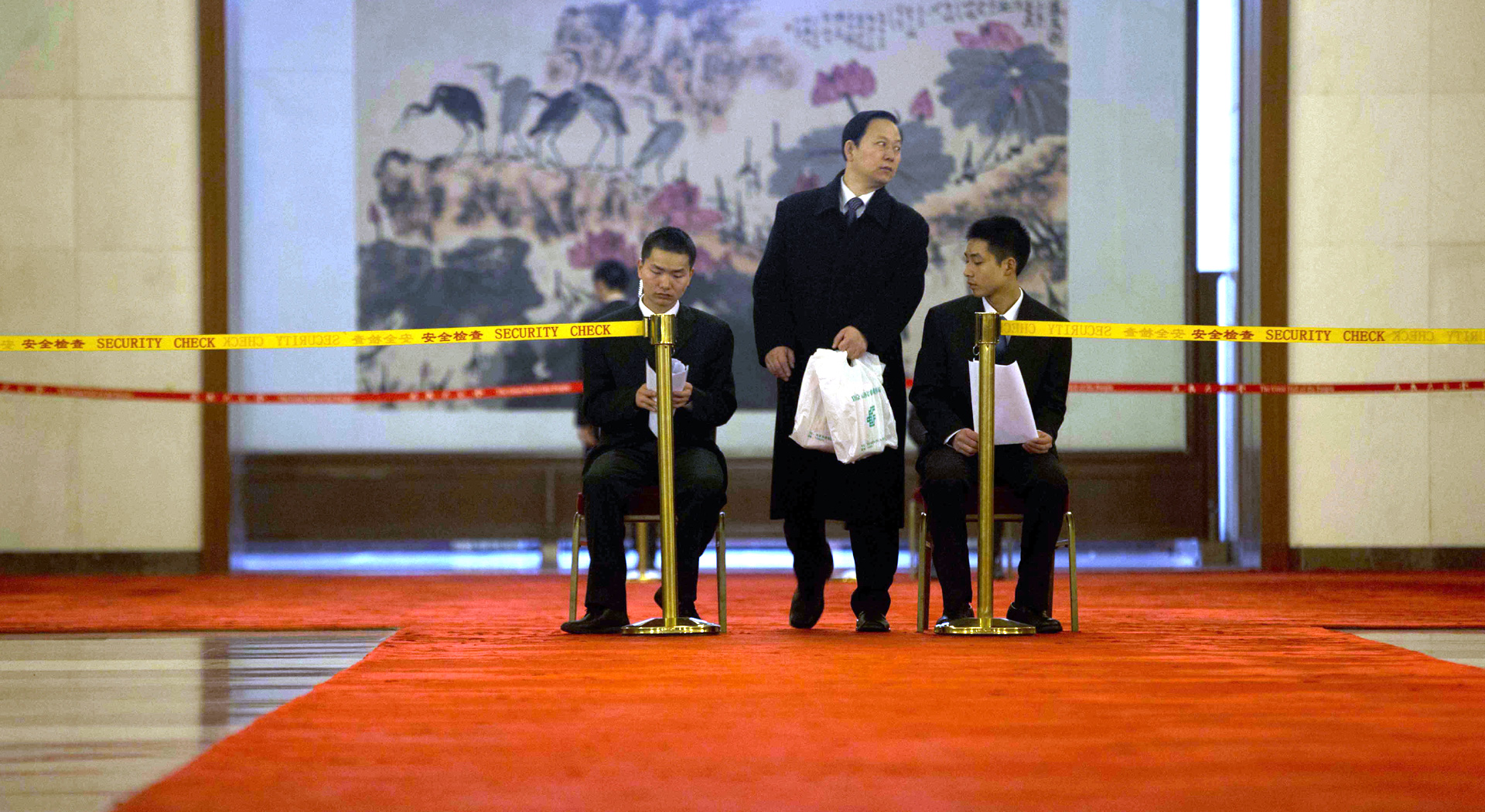 BEIJING Pack your own toothbrush. That's an order.

Military officials descending on China's capital for the country's biggest political event have been told to bring their own toiletries. Legislative delegates arriving at the airport no longer find welcoming teams of photogenic, waving women, and police aren't clearing their way through Beijing's traffic snarl. Once feted with banquets of lobster and sharks' fin, the delegates now serve themselves at drab buffets, and stay in guesthouses instead of luxury hotels.

China's new leader Xi Jinping has declared a ban on official extravagance, and that has banished some of the usual pomp from this year's gathering of the National People's Congress.

"There's basically no more meat for breakfast now. We're eating at buffets as if we're traveling with an ordinary travel agency that has put us up in a hotel with no star grading," said Han Deyun, a lawyer from the southwestern megacity of Chongqing who has been a congress delegate for 11 years. "Lunch and dinners are also simpler, four or five hot dishes, but no seafood."

Widespread corruption and the lavish lifestyles of officials - who often drive luxury cars, own multiple villas and send their children to elite foreign universities - have become the biggest sources of public anger at the ruling Communist Party. They serve as a stark reminder of the unfairness of a system that's enabled a small fraction of people with high-level political connections to accrue massive wealth.

Xi has seized on the issue since coming into office in November, warning that the graft threatens the party's survival and ordering officials to cut out the excesses. He's been depicted as eating only four dishes and a soup - down from the usual 10-or-so-course meals - while on inspection tours and has demanded that elaborate welcoming ceremonies and traffic diversions be done away with.

The anti-graft fight also featured prominently in the government work report that opened the congress Tuesday, though it remains to be seen whether Xi's administration can introduce deeper, more painful, reforms such as requiring all levels of China's officialdom to declare personal assets.

To be sure, canceling banquets and the like are not the solution to rooting out graft. Anti-corruption experts point out that correcting official profligacy attacks only the symptoms.

And not all delegates to this week's legislative meetings have even gotten the anti-extravagance message: Some high-profile members of a government advisory panel - mostly celebrities or entrepreneurs - have been spotted toting designer handbags and belts. But it's a lot less than in recent years, when volunteer corruption hunters on the Internet posted photos of officials wearing Swiss watches and designer suits.

Daniel Wu, a luxury aficionado who studies photos of officials and their watches, said that while he's seen fewer fancy timepieces this year, he attributes it to image-minding rather than any willingness to sacrifice the perks of power.

"Everyone has become more cautious and Xi's new government keeps sending the message that they must suppress luxury so the people below them will also understand," said Wu, who drew attention to official corruption by posting pictures of Communist Party cadres wearing Rolexes and other watches costing thousands of dollars that they would not be able to afford on their government salaries.

"Whether they have really changed to become frugal is hard to say, but on the surface, they still have to do it," Wu said. "I feel that this really is just a political show, it shouldn't be seen as being thrifty or fighting corruption."

The military, for its part, has ordered its legislative delegates to pack toiletries and travel by car pool when arriving in Beijing, the People's Liberation Army newspaper said. No fruit will be provided in their hotel rooms and they're discouraged from eating out, it said.

Liu Lianchang, a military delegate from Jiangsu, was quoted as saying that delegates were told not to extend or accept invitations to dine out during this year's meetings, especially for personal reasons, and were to "concentrate their time and attention on the meetings."

"Before I arrived in Beijing, a few comrades asked to meet with me, but after I reported for duty and saw the relevant regulations, I cancelled on everyone," Liu said.

Xi's drive against waste and corruption is partly in response to a seamy scandal last year involving then-rising political star Bo Xilai and his high-flying family.

Bo was cashiered for running the city of Chongqing like a crime boss, and his wife was convicted of murdering a British family associate. Bo's son drew public disgruntlement over allegations he received preferential treatment in his admissions to educational institutions in Britain and the United States, cavorted at parties and drove a pricey sports car- allegations he denies.

Bo said in one of his last public appearances at last year's legislative sessions that his son's education was paid for with a scholarship and that the family has "no assets." He's now under investigation for what the authorities have described as massive corruption.

Organizers of this year's congress are even going so far as to print fewer documents, said Han Jianmin, another delegate from Chongqing, adding that the delegates were handed cheap paper folders to carry documents.

"My impression is that this event is quite plain," Han said. "Where we live is also simpler than I had expected. We're staying in a guesthouse."

At least 129 killed after riot erupts at Indonesia soccer match
Thanks for reading CBS NEWS.
Create your free account or log in
for more features.
View CBS News In
CBS News App Open
Chrome Safari Continue
Be the first to know
Get browser notifications for breaking news, live events, and exclusive reporting.