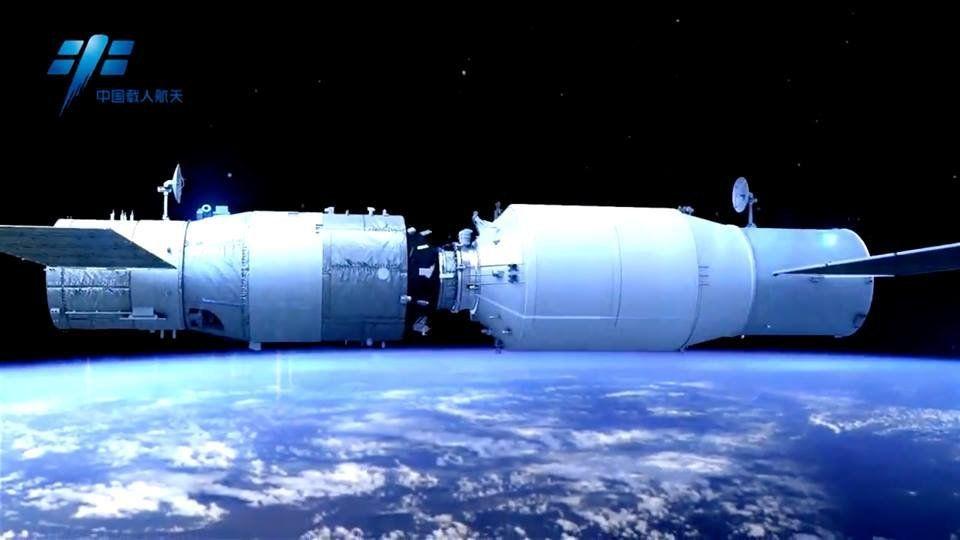 A key element of China’s human spaceflight program is being prepared for launch this April.

The country’s first cargo-carrying spacecraft, known as Tianzhou-1, arrived at a launch site in Wenchang City in southern Hainan Province on Monday, according to Chinese media reports.

The robotic Tianzhou-1 can carry about 5 tons of supplies into Earth orbit. The cargo vessel is integral to the operation of the space station that China aims to build by 2020, Chinese officials have said.

Once lofted by a Long March-7 booster from the Wenchang spaceport, the cargo ship will dock with the now-orbiting Tiangong-2 space lab and refuel that facility.

In an interview on CCTV-Plus, Bai Mingsheng, chief designer of Tianzhou-1 at China Aerospace Science and Technology Corp., put the freighter’s hauling ability into perspective.

As noted by CCTV-Plus, payload ratio is the amount of potential cargo weight compared to the weight of the spacecraft. Tianzhou-1’s payload ratio is higher than that of Japan’s H-II Transfer Vehicle, which resupplies the International Space Station, Chinese officials said.

Tianzhou-1 will dock with the orbiting Tiangong-2 space lab, which launched in September 2016 and hosted two astronauts for 30 days a month later in China’s longest-ever human spaceflight mission.

The supply vessel will refuel Tiangong-2, verifying the technology needed for on-orbit transfer of liquid propellant — one of the key technologies required to assemble and maintain China’s future space station.

Bai said that docking will come just two days after Tianzhou-1’s launch, but the refueling process will be lengthy.

“The whole process takes about two months. After the completion of the two-month docking, we will check the status of the equipment and refill the propellant,” Bai said.

For a look at Tianzhou-1 preparations, check out these CCTV-Plus video clips here and here.

Leonard David is author of “Mars: Our Future on the Red Planet,” published by National Geographic. The book is a companion to the National Geographic Channel series “Mars.” A longtime writer for Space.com, David has been reporting on the space industry for more than five decades. Follow us @Spacedotcom, Facebook or Google+. Originally published on Space.com.