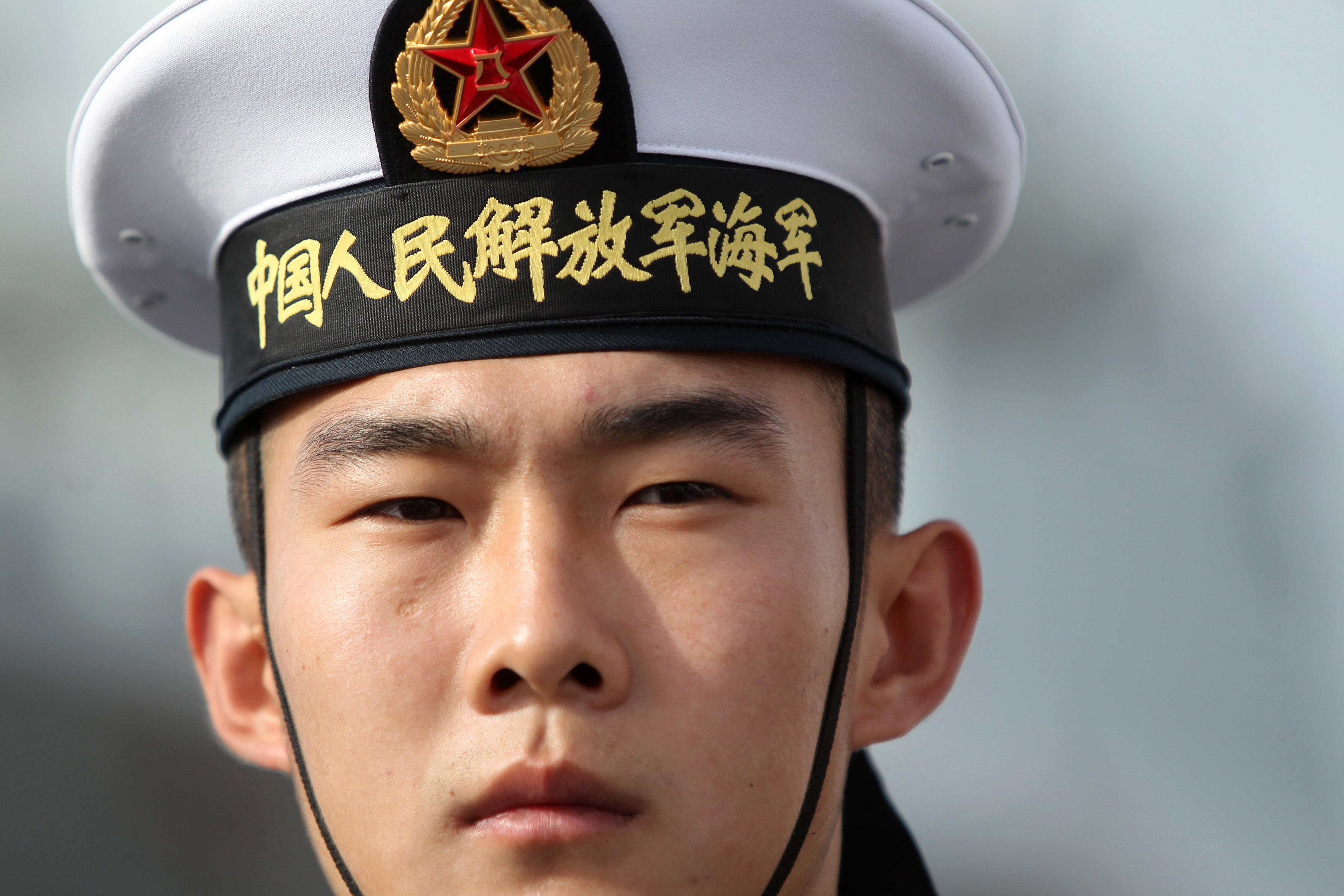 WASHINGTON -- A Chinese warship seized a U.S. Navy unmanned underwater drone that was collecting unclassified scientific data in the South China Sea, and the U.S. is demanding its return, the Pentagon said Friday.

Navy Capt. Jeff Davis, a Pentagon spokesman, said that the U.S. has issued a formal diplomatic complaint over Thursday’s incident, but he was not aware of any response yet. He said this may be the first time in recent history that China has taken a U.S. naval vessel. There have been periodic incidents over the years between U.S. and Chinese military ships and aircraft.

Even though they are unmanned, the drones, which are called ocean gliders, are considered covered by the same rules of sovereignty that would govern a manned U.S. ship, CBS News national security correspondent David Martin reports.

The Chinese Embassy said it had no immediate comment. But the incident is likely to fray the already tense relations between U.S. and China. Beijing was angered by President-elect Donald Trump’s decision to talk by phone with Taiwanese President Tsai Ing-wen on Dec. 2, and by his later comments that he did not feel “bound by a one-China policy” regarding the status of Taiwan, unless the U.S. could gain trade or other benefits from China.

There also have been increased tensions over Beijing’s ongoing military buildup in the South China Sea. It includes the development and militarization of man-made shoals and islands aimed at extending China’s reach into the Pacific region.

Davis said the USNS Bowditch, a civilian U.S. Navy oceanographic survey ship operated by the military’s Sealift Command, was recovering two of the gliders about 50 nautical miles northwest of Subic Bay near the Philippines when the Chinese ship approached. He said the Dalang Class Chinese ship, which does rescue and recovery missions, sent out a small boat that then took one of the Navy gliders.

He said the Chinese ship acknowledged radio messages from the U.S. ship, but did not respond to demands the craft be returned. The U.S. issued a so-called diplomatic demarche, or formal complaint, overnight.

The Navy drone is about 10 feet long and less than two feet wide, can be programmed and moves automatically through the water collecting data on temperature, salinity, and other scientific facts used for sonar operations.

“It is ours. It’s clearly marked as ours. We would like it back, and we would like this not to happen again,” Davis told reporters. He said the drone costs about $150,000 and is largely commercial, off-the-shelf technology.

As the Chinese ship left with the drone, the Pentagon said, its only radio response to the U.S. vessel was, “We are returning to normal operations.”

Bonnie Glaser, senior adviser for Asia at the Center for Strategic and International Studies, said the seizure of the glider occurred inside the exclusive economic zone of the Philippines, not China, and appeared to be a violation of international law.

She said China was likely sending a signal to Mr. Trump’s incoming administration because of his comments about Taiwan. After those comments, Chinese government spokesman An Fengshan said breaching the one-China principle “will seriously affect peace and stability across the Taiwan Strait,” and undermine relations between Beijing and Washington.

Under the one-China policy, the U.S. has long recognized Beijing as China’s government and maintains only unofficial relations with Taiwan, a former Japanese colony which broke from the Chinese mainland in 1949. U.S. law requires the government to ensure that the island has the ability to defend itself and to treat all threats to it as issues of national concern.

“My guess is this is not the act of a rogue commander on a Chinese navy ship. We have seen tight control by (Chinese President) Xi Jinping over the military. I’m more inclined to see it as a deliberate act and as a signal,” Glaser said. She said China would want Mr. Trump “to understand before he is sworn in that the United States can’t challenge China’s core interests with impunity.”

There have been periodic incidents in the area over the years. In March 2001, early in the George W. Bush administration, the same hydrographic survey ship involved in Thursday’s incident, USNS Bowditch, was confronted by a Chinese frigate inside China’s exclusive economic zone. A few days later, the U.S. filed a diplomatic protest to China, and the Bowditch later returned to the area of the encounter with an armed U.S. escort to continue its mission.

In a more serious encounter in April 2001, a mid-air collision between a U.S. Navy surveillance aircraft and a Chinese fighter jet about 70 miles from China’s Hainan island caused the death of a Chinese pilot. The U.S. plane made an emergency landing on Hainan and the 24 U.S. crew were detained there for 10 days, until the U.S. sent a letter to China expressing sorrow for the death of the Chinese pilot.

In March 2009, less than three months into the presidency of Barack Obama, Chinese ships surrounded and harassed a U.S. Navy mapping ship, the USNS Impeccable, in international waters off China. The Chinese ships at one point came within 25 feet of the American boat and strewed debris in its path. China later said the U.S. ship was operating illegally inside China’s exclusive economic zone. The Impeccable returned to the area the next day, escorted by a guided-missile destroyer.