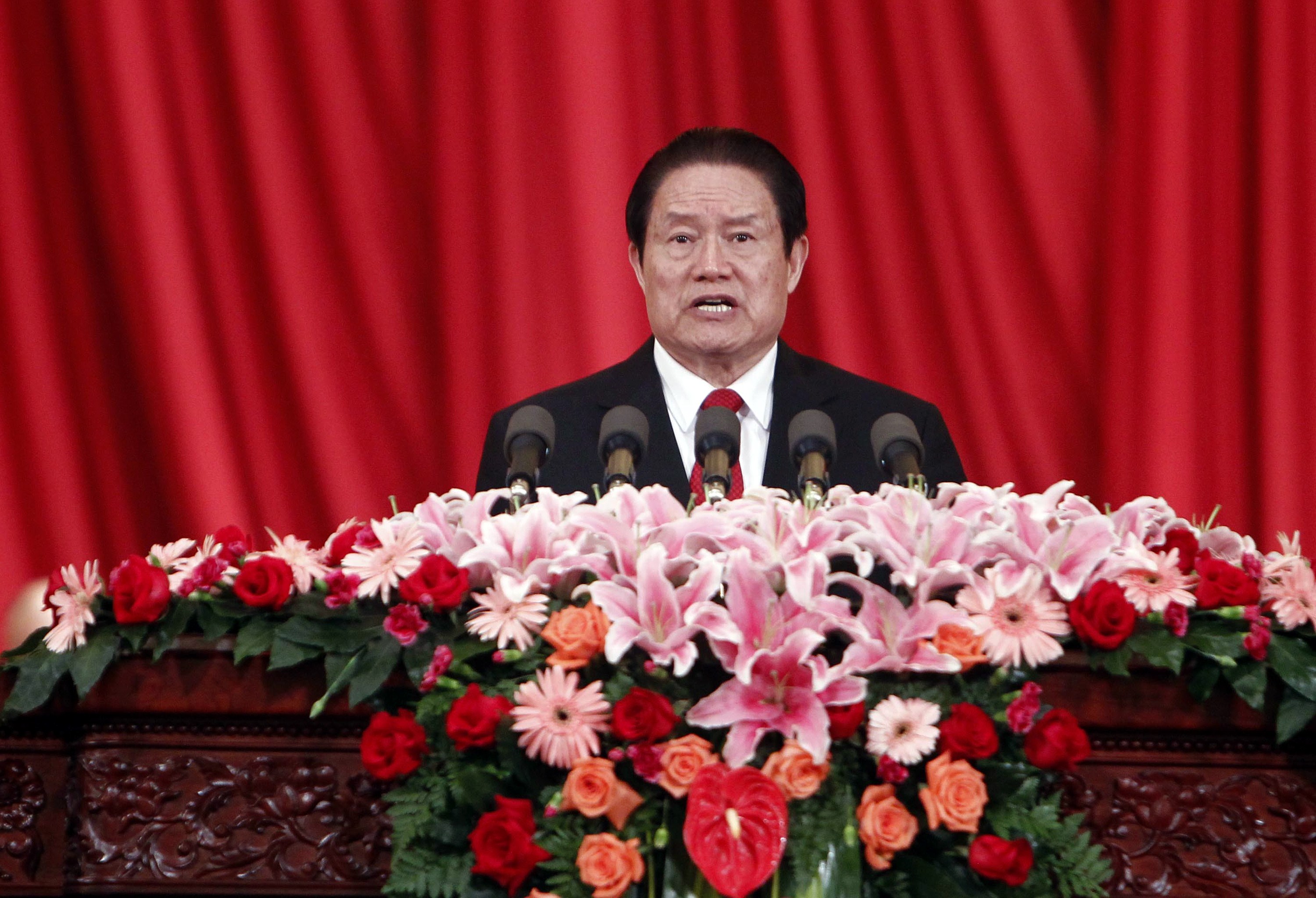 BEIJING -- China's former security chief was sentenced Thursday to life in prison on corruption charges, in a victory for President Xi Jinping's anti-graft campaign seen as further cementing his authority by removing a potential challenger.

Zhou Yongkang, a former member of the ruling Communist Party's all-powerful Politburo Standing Committee, is the biggest target to fall in Xi's drive to end the longstanding culture of bribe taking and influence peddling among officials.

The First Intermediate People's Court of Tianjin said Zhou was sentenced after being tried May 22 on charges of receiving bribes, abuse of power and leaking state secrets. The trial was held behind closed doors because of the final charge.

Zhou, 72, was sentenced to lesser terms on the abuse of power and state secrets charges, and was ordered to serve his sentences concurrently.

The sentence also mandates the seizure of all of Zhou's personal assets.

While portrayed simply as a blow against corruption, Zhou's sentencing removes a potential challenge to Xi's authority and has been widely perceived as reflecting factional politics within the ruling party's uppermost echelon.

Zhou is the highest-ranking former politician to face court since the 1981 treason trial of Mao Zedong's wife and other members of the "Gang of Four" who persecuted political opponents during the 1966-76 Cultural Revolution.

The dour-faced and once-feared Zhou had been under investigation since late 2013, and has been unavailable for comment since then. The investigation also scrutinized Zhou's former allies in government and the oil industry.

According to the court, Zhou received, directly and indirectly, a total of 130 million yuan ($21 million) in bribes and used his influence to allow others to realize 2.1 billion ($343 million) in profits on business dealings that caused 1.4 billion ($229 million) in losses for the state treasury - presumably through the sale of government assets at below cost.

Zhou's actions "inflicted enormous damage to public finances and the interests of the nation and the people," the court said in an explanation of the verdict on its website. China frequently moves sensitive trials to other jurisdictions to avoid witness tampering and other potential problems.

The court said Zhou had accepted its decision and would not file an appeal. While the charges potentially mandated a death sentence, it said Zhou received leniency after confessing and showing repentance and ordering his relatives to hand over the majority of their ill-gotten gains.

While the charges of abuse of power and leaking state secrets were serious, they had not resulted in any major consequences, the court said.

"The court rendered the above verdict based on the facts of Zhou Yongkang's crimes, their nature, circumstances and the degree of harm to society," it said.

Zhou was once seen as untouchable, with a vast patronage network covering the southwestern province of Sichuan where he used to be party boss to the state oil sector, police and courts.

He spent the early part of his career in the oil industry, rising through the ranks over several decades to become the general manager of China National Petroleum Corp., one of the world's biggest energy companies, in 1996.

A series of senior figures from the state-owned oil industry have been detained in the anti-corruption crackdown.