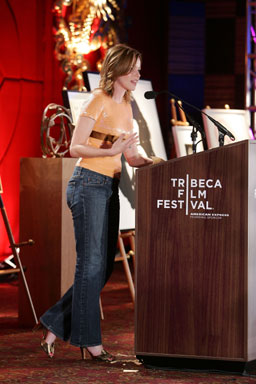 China's psychiatric association is removing homosexuality from its list of mental illnesses in a new diagnostic manual due out this year.

The 8,000-member Chinese Psychiatric Association has concluded that homosexuality is not a perversion, said Dr. Chen Yanfang, the group's vice president.

The step adds to growing tolerance of gays and lesbians in China, where an underground culture of gay bars, Web sites and sports clubs is flourishing.

Homosexuals have benefited from loosening social restrictions over the past two decades. Gay couples live together discreetly, and in major cities such as Shanghai, some musicians and artists are openly gay.

Still, many homosexuals endure harassment. At least 37 gay men were detained in the southern province of Guangdong in July, in what police called China's biggest crackdown to date on homosexuality.

The psychiatric guide should be released before May, Chen said. The new Chinese Classification and Diagnostic Criteria of Mental Disorders replaces a 1989 edition that defines homosexuality as a "psychiatric disorder of sexuality."

China hasn't been alone in calling homosexuality a mental disorder. Japan's psychiatric body called it a mental illness until 1995, the World Health Organization until 1993. The American Psychiatric Association removed homosexuality from its list of disorders in 1973.

The new Chinese guide is aimed at fostering a more "tolerant and understanding attitude" toward homosexual patients, Chen said. He said it brings China closer to WHO policies and the American psychiatric group.

Chen stressed that the manual is meant as a professional tool and has nothing to do with legal or social issues.

"This has nothing to do with gays and lesbians in society," he said by telephone from his office at the Shandong Mental Health Center in the eastern city of Jinan.

The change comes after five years of study by the association, Chen said. He said its evidence included a study published in 1999 that followed the daily lives of 51 Chinese gays and lesbians for one year.

"We found only six had emotional disorders," Chen said.

The manual will retain an entry on homosexuality, referring to it as a possible cause of depression and other problems for patients who are uncomfortable with their sexual orientation, Chen said.

Treatment can include therapy meant to change a patient's orientation to heterosexual, Chen said. He said such therapy is rare in China, and he declined to discuss it in detail, saying he was not an expert in it.