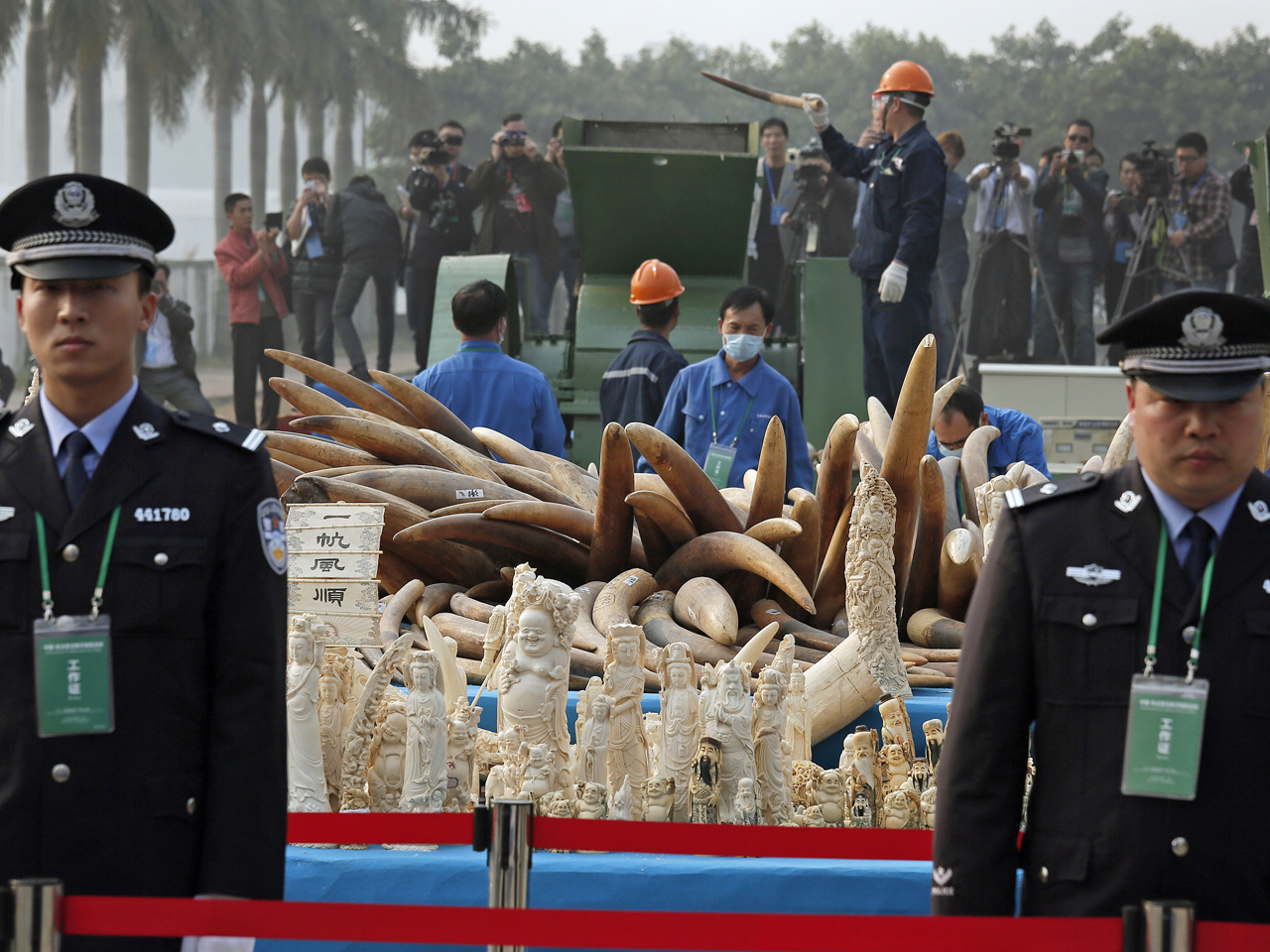 DONGGUAN, China - China destroyed about 6 tons of illegal ivory from its stockpile on Monday in an unprecedented move wildlife groups say shows growing concern about the black market trade by authorities in the world's biggest market for elephant tusks.

Authorities displayed a pile of ornaments, carvings and tusks to reporters, diplomats and conservationists before feeding them into two crushing machines. Tusks that were too long were cut up into smaller chunks by workers with circular saws before they could be pulverized.

Forestry and customs officials organized what they said was the country's first large-scale ivory destruction in Dongguan in southern Guangdong province, where much of China's ivory trade is focused.

Demand is fueled by rapid growth in the world's second biggest economy, which has created a vast middle class with the spending power to buy ivory carvings prized as status symbols.

Ivory can fetch up to $2,000 a kilogram on the black market, earning it the nickname "white gold."

Officials said the 6.1 metric tons of ivory destroyed was just a portion of the illegal ivory held by China, though they wouldn't disclose how big the country's total stockpile is. The destroyed ivory came from shipments from Africa intercepted by customs officers as well as from carving factories and shops in China.

China is following other countries that have destroyed their ivory stocks in the past year.

In June, the Philippines burned and crushed more than 5 tons of ivory worth an estimated $10 million confiscated since 2009, becoming the first Asian country to do so. In November, the United States destroyed 6 tons of ivory seized over 25 years. Gabon burned nearly 5 tons in 2012.

The U.S. Fish and Wildlife Service released a statement Monday, saying “Along with the United States’ destruction of its seized ivory in November, today’s action by China sends a clear and powerful message to poachers, traffickers and consumers that wildlife crime will not be tolerated. Our two nations now join Kenya, Gabon and the Philippines, in the community of nations that have destroyed illegal ivory. We are very pleased to hear that France will also destroy illegal elephant ivory this year.”

The International Fund for Animal Welfare said the destruction was a powerful symbolic act that shows that the Chinese government is "concerned about the toll ivory trafficking is taking on elephant populations, as well as the other threats to regional security that arise in connection with wildlife crime."

Ivory destruction in countries along the trade chain "clearly tells consumers everywhere that ivory buying is unethical and wrong," IFAW CEO Azzedine Downs, who attended the event, said in a statement. IFAW estimates that more than 35,000 elephants were killed last year by poachers for ivory.