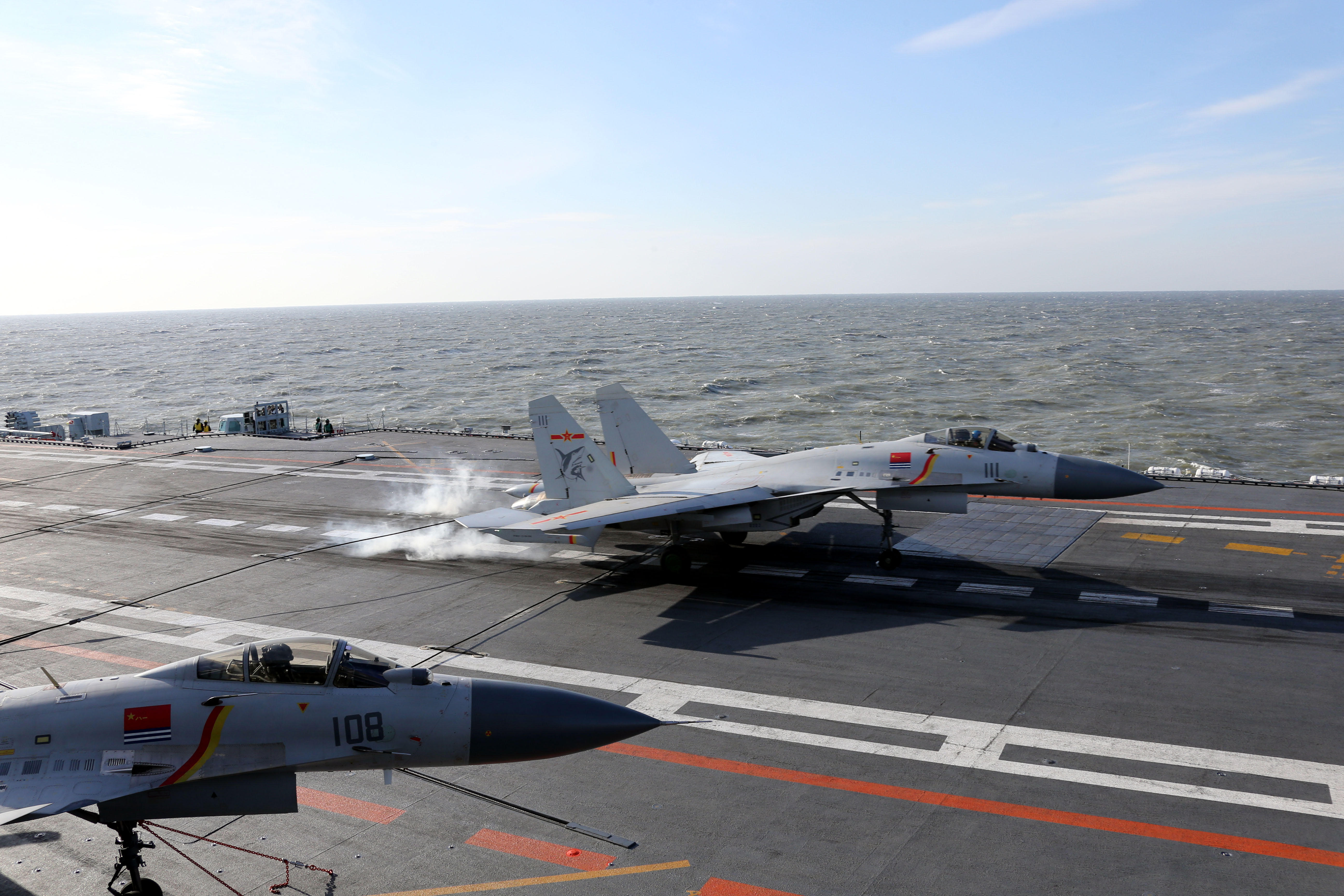 The ships, led by the Liaoning, sailed past the Pratas Islands, also known as the Dongsha Islands, a Taiwan-controlled atoll in the northern part of the South China Sea, according to the ministry.

China’s Defense Ministry said Saturday that the Liaoning had set off for a routine open-sea exercise in the Western Pacific as part of its annual training. But its entering into the politically sensitive South China Sea follows rising tensions between Beijing and Taipei over the status of the self-ruled island.

Taiwanese President Tsai Ing-wen has refused to endorse Beijing’s concept that Taiwan is a part of China. Beijing claims the self-governing island as its own territory and says failing to endorse the one-China principle would destabilize relations.

It sparked a backlash from China’s government, which lodged a formal complaint about the call. Later, after Mr. Trump indicated he was considering changing decades of standing policy with China on Taiwan, Beijing warned about “the sensitivity of the Taiwan problem,” and suggested Mr. Trump not change things.

China and Mr. Trump also engaged in a back-and-forth after the Chinese Navy seized a U.S. Navy drone in the South China Sea near the Philippines.

The Taiwanese ministry said the Liaoning and warships had on Sunday sailed 90 nautical miles south of Taiwan in the Bashi Channel, a waterway between Taiwan and the Philippines.

Tensions have mounted in the South China Sea, where the U.S. and China accuse each other of engaging in a dangerous military buildup. China claims nearly all of the sea and is pitted against smaller neighbors in multiple disputes over islands, coral reefs and lagoons.

China has characterized its moves as defensive in nature and accused U.S. warships of making provocative passes through the region.

The Liaoning, commissioned by the Chinese navy in 2012, first sailed to the South China Sea in 2013, when it docked at a navy base near the Chinese holiday resort of Sanya. The vessel at the time was not outfitted with a full aircraft complement. The Liaoning spent more than a decade in refurbishing after Beijing bought an incomplete hull purchased from Ukraine, installing all new propulsion systems, weaponry and other key equipment.