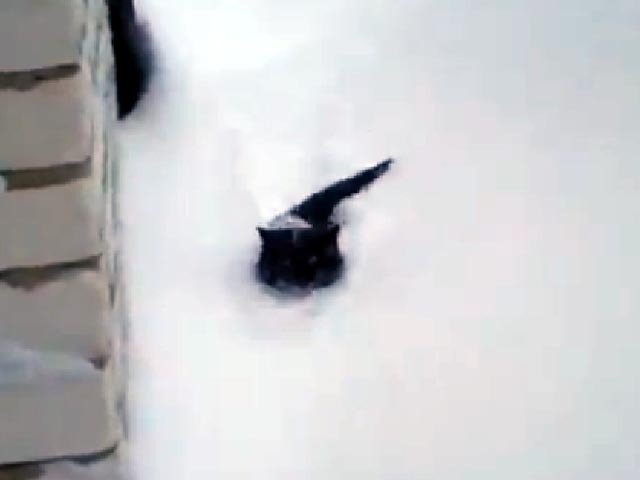 (CBS) - It's been a pretty mild winter for most of the country. But the same can't be said for Russia. Russians are no strangers to snow, and apparently neither are their cats. What happens when one kitty gets stuck in a snow bank and has to claw its way out? Hit play and see for yourself.

You might have been expecting one of the laughing owners to help this chilly kitty out of the snow. Not quite. They breed 'em tough over in the Motherland. Apparently being neck-deep in snow is no problem for this frigid feline. But that look in its eyes says this black cat is not going to forget her unhelpful owners any time soon.