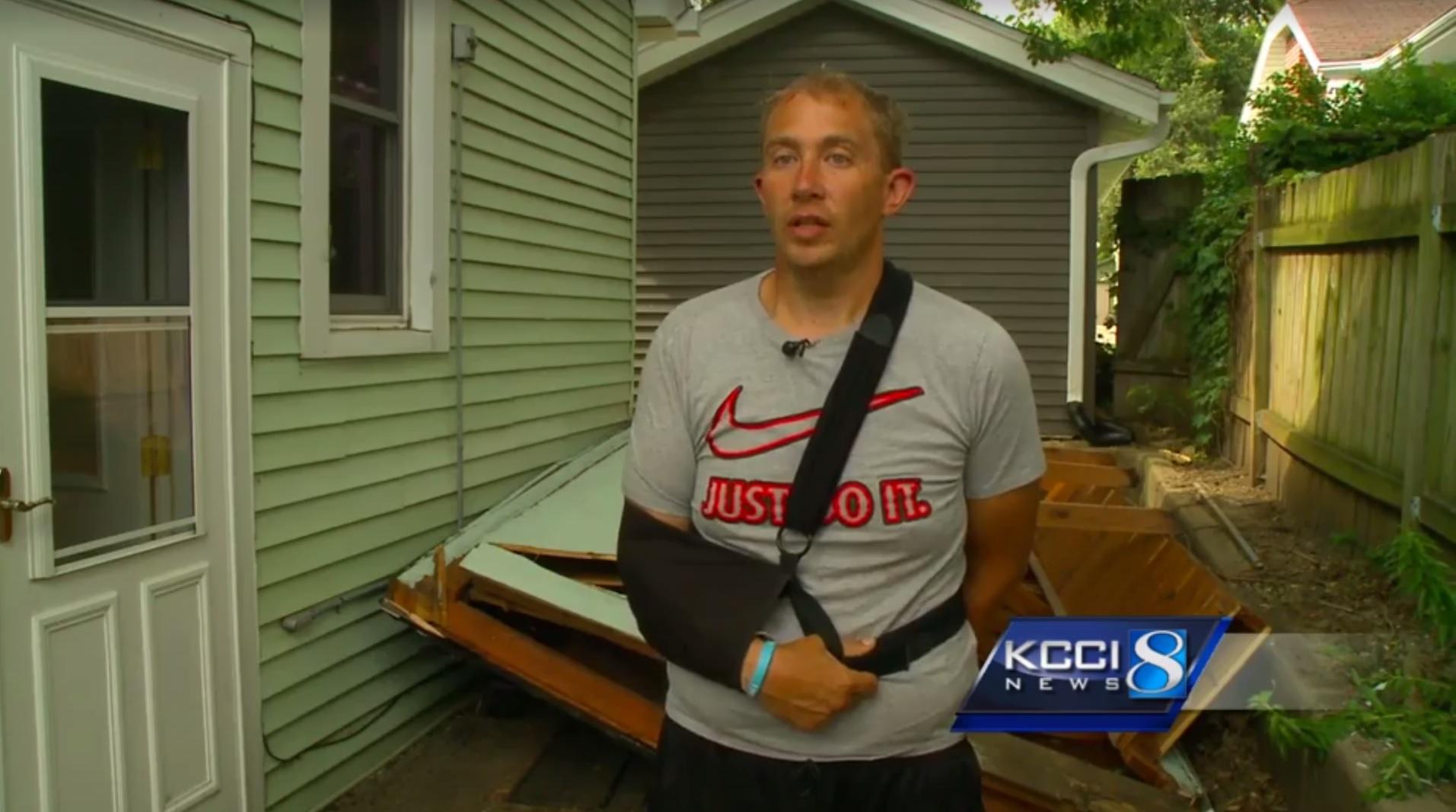 An Iowa's man had enlisted the help of his four children to help move a shed -- but they ended up saving his life.

However, the project turned awry when the shed fell and bounced on top of Gannaway, reports CBS affiliate KCCI-TV.

Some of Gannaway's children recalled the frightful incident to KCCI.

"Uh-oh, my dad might be dead. Uh-oh, I better save him," Addison told the station.

After the kids dialed 911, two of them lifted the roof of the shed while a third one pulled their father out.

"It was a heavy shed," Ethan said.

Gannaway was unconscious for about five minutes.

"We tried to keep him from dying and get the ambulance over here to save him," Ethan added.

"I woke up to hear the sirens pulling up in front of the house," Matt said. "I was just in extreme extreme pain."

He ended up with many scrapes and a broken shoulder.

"I'm just really proud of the way they stepped up when they needed to," Matt said.