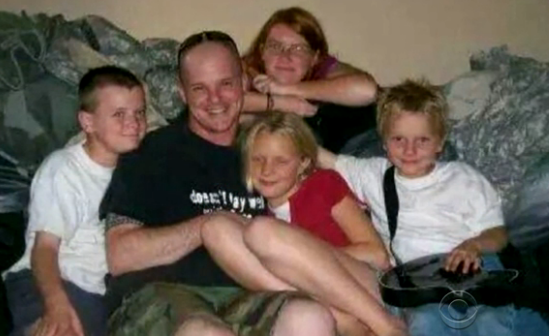 ARIZONA -- It was one year ago that an instructor at an Arizona gun range was accidentally killed by a 9-year old girl firing a machine gun.

On Tuesday, the instructor's children launched a national campaign to convince lawmakers to set an age limit for the use of automatic weapons.

Army veteran Charles Vacca was standing next to an unidentified 9-year-old girl when she pulled the Uzi's trigger. The machine gun bucked up and to the left. A single bullet hit Vacca in the head.

The 39-year-old father of four died that evening. His children still struggle with the loss.

"He liked to do a lot of things that we liked to do, like we would always watch movies and play games with him," said his 12-year-old son Christopher.

His daughter 16-year-old Ellie says she still doesn't think she has come to grips with her father's death.

"And since today's like the one-year anniversary, it kind of brings it all back," she said.

Shortly after the accident, the Vacca children taped a message for the little girl.

"You are only 9 years old. We think about you. We are worried about you. We pray for you," the children said in the taped message.

The family launched a national petition, urging states to set an age limit for use of automatic weapons.

"If you look at the vast majority of states, they don't have any regulation whatsoever," said the family's attorney Marc Lamber.

But Ellie says she is not anti-gun.

"Definitely not," she said. "I am not anti-gun. I sometimes go to the range with my best friend and her dad."

But there are people who believe that any regulation of firearms is dangerous.

"You can own a firearm -- honestly that's completely fine -- but there's no logical reason for an 8- or 9-year-old to be shooting an automatic weapon," Ellie said.

In response, the National Shooting Sports Foundation said that's for the parents to decide, not the government.