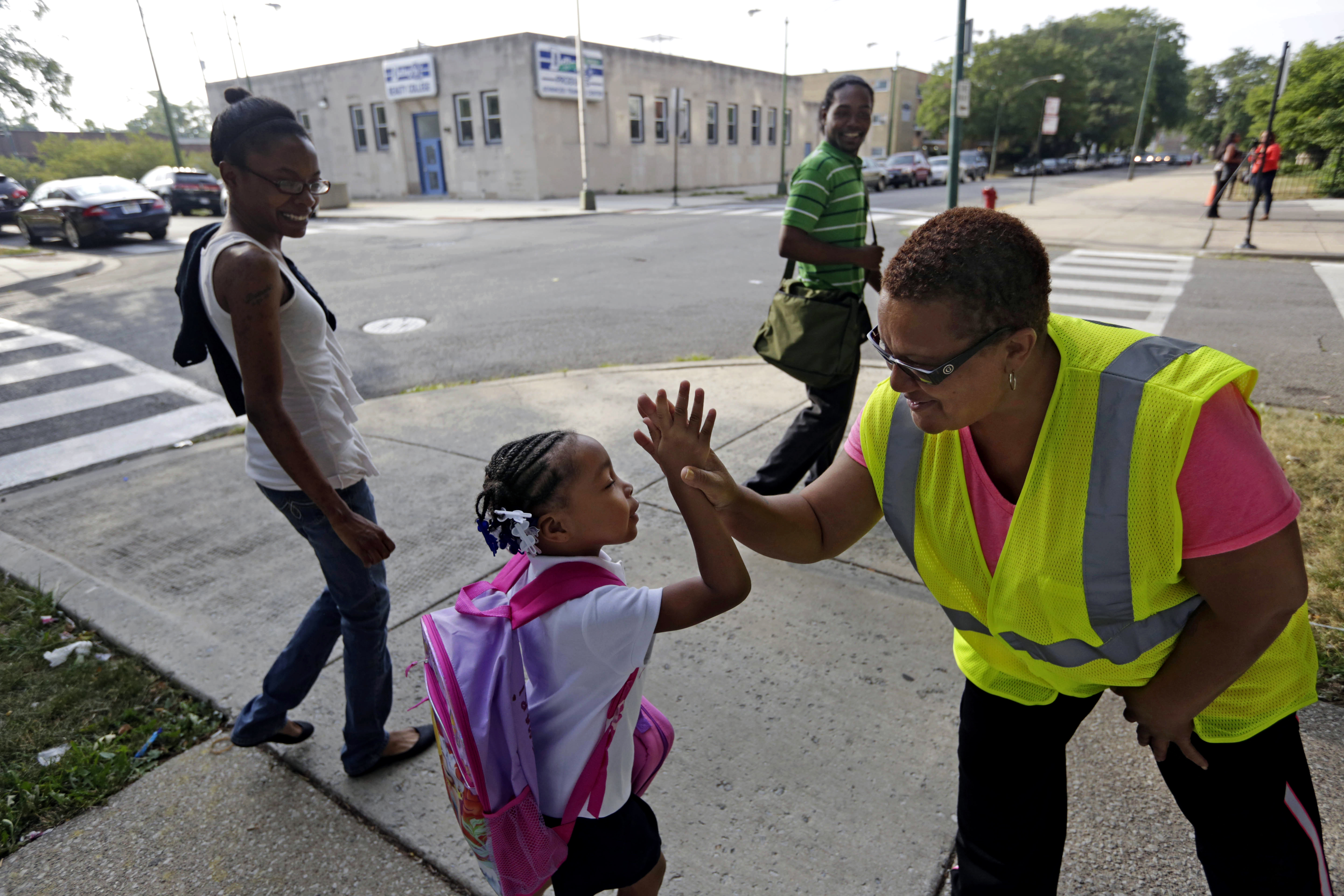 Monday marked the first day of classes for 400,000 public school students in Chicago, and a test for a program designed to protect the nearly 13,000 students heading to new schools, CBS Chicago reports.

Hundreds of Safe Passage workers in bright neon vests helped children get to class, after budget cuts and closures pushed many students to cross gang lines on their way to new schools.

Facing a projected $1 billion deficit, the Chicago Board of Education slashed classroom spending by $68 million this year and voted to close 49 elementary schools and one high school program.

To help students get to so-called "welcoming schools" taking them in, the city set up Safe Passage routes reportedly staffed by 600 trained workers, as well as Chicago police officers, firefighters, other city workers, and hundreds of volunteers from the community.

In recent weeks, eight people have been shot along such Safe Passage routes, though the shootings occurred outside of school hours, at times when the routes were not staffed by safe-passage workers.

"It illuminates the fact that, in our community, that violence is real, and that none of these signs, the Safe Passage workers, are going to be able to stop a bullet," he said.

The city's top cop, Police Supt. Garry McCarthy, told Chicago's WBBM Newsradio that the first day of the expanded Safe Passage program has gone smoothly so far, and said he saw a silver lining in the tumult of transferring 13,000 kids to new schools.

"I'm seeing small groups of kids being walked to school by their parents, or their older brothers or sisters," he said. "This goes to the heart of what we've been talking about since I've been here, which is ... to me, this is an opportunity. This is true community policing."