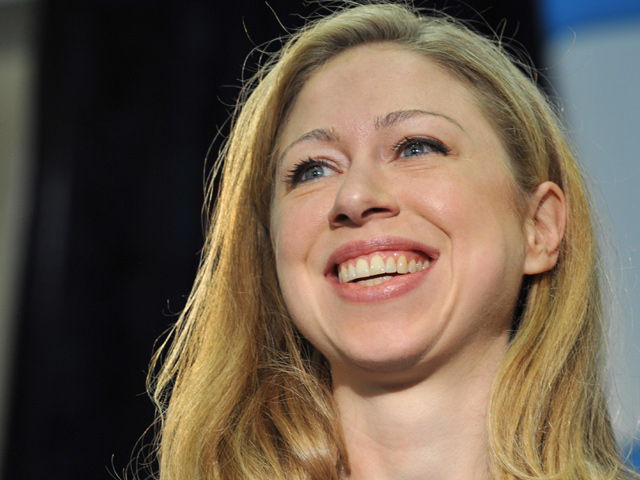 More than three years out from the next presidential election, speculation about the possibility of another presidential bid from former Secretary of State Hillary Clinton remains a prime topic of conversation among politicians and pundits. But Chelsea Clinton, the former first daughter, says she just wants her mother to make the "right choice for herself" - which, she's confident, will also be the "right choice" for the United States.

Clinton, who currently works as a special correspondent for NBC, has in recent years opened herself up to the media attention from which she once shied away. She's also been an active presence with her father's Clinton Global Initiative, which works with global leaders to facilitate change worldwide. Today, she suggested that a future in politics is not totally out of the question for her.

"Right now, I'm grateful to live in a city and a state and a country where I strongly support my mayor, my governor, and my president and my senators and my representative," said Clinton, who lives in New York City. "If at some point that weren't true and I thought I could make a meaningful and measurably greater impact, you know, I'd have to ask and answer that question."