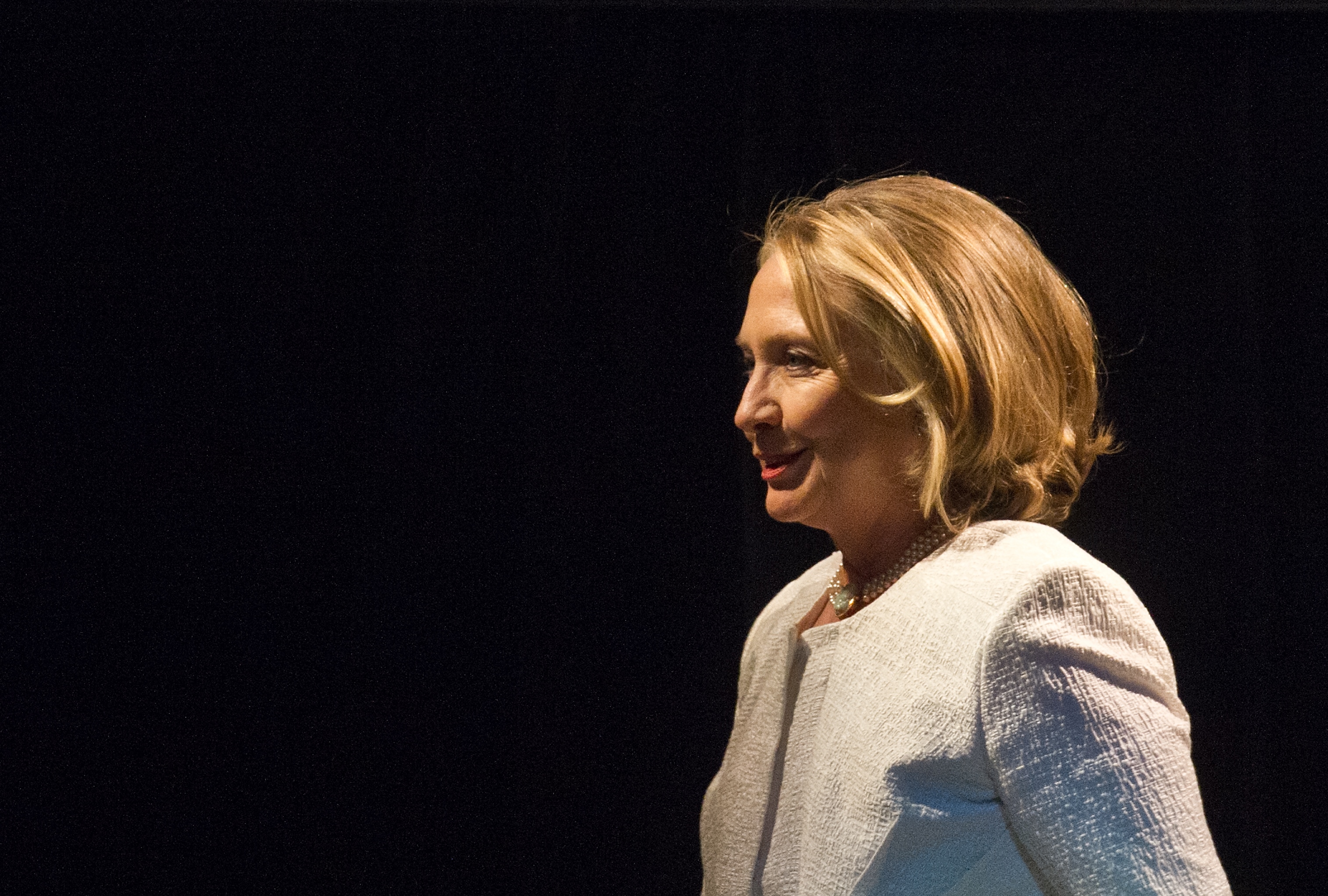 Speaking to a rock-star reception at just her second public event since leaving the White House, former Secretary of State Hillary Clinton this morning called for a 21st century approach to the fight for women's rights - and argued that no country, including America, can hope to achieve its full economic and political potential when "women are left out or left behind."

"I have always believed that women are not victims. We are agents of change. We are drivers of progress we are makers of peace," Clinton said, to a cheering crowd. "All we need is a fighting chance. And that firm faith in the untapped potential of women at home and around the world has been at the heart of my work my entire life."

Reiterating a line she used frequently as secretary of state, Clinton, who pushed a pro-women agenda while in the Obama administration, stressed that "women's rights are human rights and human rights are women's rights." But she also argued that empowering women and girls isn't just about being "nice" but about enabling countries to reach their economic and political potentials.

"Today more than ever we see clearly that the fate of women and girls far from here is tied up with the greatest security and economic challenges of our time," she said.

Citing India, China, and Pakistan as examples, Clinton argued that "tapping the talents and addressing the needs" of women in countries like Pakistan will facilitate "peace and progress"; that letting women into the political process in struggling Democracies like Egypt will foster Democratic progress; that equalizing professional and educational opportunities for women in America will not only aid economic improvement but also give the country the license to push a message of equality on the world stage.

""No country can achieve its full economic potential when women are left out or left behind," she said. "When women are liberated, so are entire societies."

Clinton, who is considered a top contender for the Democratic presidential nomination in 2016, insisted that the movement for women's rights must be modernized - particularly through technology and grassroots organization - and that the U.S. needs to be a leader in this cause, both abroad and at home.

"Our global leadership for peace and prosperity, for freedom and equality, is not a birthright. It must be earned by every generation," she said. "And yes, we now have American women at the high levels of business, academia, government -- you name it. But as we have seen in recent months, we're still asking age-old questions about how to make women's way in male-dominated fields, how to balance the demands of work and family."

She pointed to a study showing that, on average, women are living shorter lives in America than in any other major industrialized country.

"In places throughout America, large and small, the clock is turning back," she said. "If America is going to lead the way we expect ourselves to led we need to empower women here at home to participate fully in our economy and our society."

"This truly is the unfinished business of the 21st century and it is the work we are called to do," she said, closing her remarks to huge applause. "I look forward to being your partner."