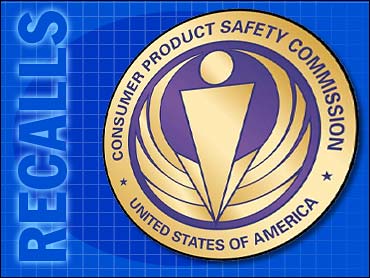 A New Jersey company is recalling about 2.8 million metal charms sold at Michaels Stores and other arts and crafts retailers because they contain high levels of lead, the government said Thursday.

The recall was prompted by reports that a 6-year-old girl from San Jose, Calif., apparently suffered lead poisoning in December after placing in her mouth a charm she wore as a necklace, the Consumer Product Safety Commission said.

The agency last month set acceptable lead levels for the millions of pieces of children's metal jewelry sold at dollar stores and in vending machines.

The recalled charms — sold as decorations for greeting cards and gift bags but also used to make necklaces and bracelets — do not necessarily fall under the new policy. But CPSC spokeswoman Patty Davis said the lead poisoning incident was enough to prompt the company, Hirschberg Schutz & Co. Inc. of Warren, N.J., to recall the product.

Studies have found that even small amounts of lead ingested by children can cause neurological damage or behavior and learning problems.

Opponents of CPSC's lead policy on toy jewelry argue it falls short, in part because it does not require the industry to test for lead.

"Until they have an enforceable policy out there, we're concerned that kids are going to continue to be exposed to lead in jewelry, and these chaotic recalls are going to continue," said Charles Margulis, a spokesman for the Center for Environmental Health in Oakland, Calif. The center has sued more than a dozen retailers for allegedly failing to warn customers of lead in jewelry.

Connie Greene, a spokeswoman for Hirschberg Schutz, said she could not say whether the products had been tested before entering the market.

Consumers are urged to take the charms from children and contact the company at 800-873-5506 or e-mail charmsrecall@horizongroupusa.com to receive a refund.