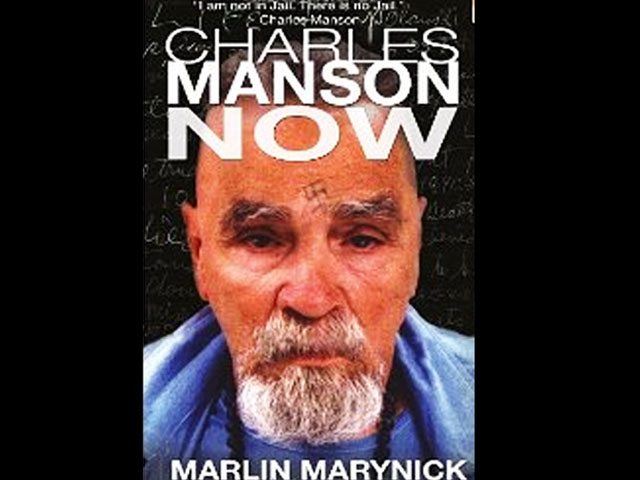 NEW YORK (CBS) When author Marlin Marynick was 10-years-old, growing up in the vast central prairies of Canada, he discovered an old, tattered copy of "Helter Skelter," the true-crime bestseller about the notorious 1969 Manson Family murders, and was drawn to it.

"The first time I opened that book, I knew it was evil...but I couldn't stay away from it," Marynick says in his new book "Charles Manson Now." "I felt compelled to confront [Manson]."

Decades later, the man employed as a psychiatric nurse would.

In "Charles Manson Now," released this month, Marynick weaves the personal story of his mother's suicide and his father's battle with alcoholism into his relationship with Charles Manson - a man who he believed could "make sense of the pain and darkness" in his own life.

After an unexpected conversation with a man who was selling Manson memorabilia online, 43-year-old Marynick got in touch with some of Manson's closest friends and confidants, which eventually led to a relationship with Manson himself through phone calls and letters, until they met for the first time face-to-face in California's Corcoran State Prison in January 2009.

Manson remains in prison for the California murders committed by his followers, including the murder of Sharon Tate, the pregnant wife of director Roman Polanski.

Marynick says Manson did not show any remorse for the murders or admit any responsibility for them. The closest he came was saying, "That poor woman and she was pregnant. I can't believe they died."

"Charles Manson Now," includes a foreword written by Manson himself and is the only book with authorized, unedited letters and photos from Manson, giving readers an in-depth look into Manson's mind.

"When I was writing this book, I had to try to remember why I knew Charlie," Marynick told CRIMESIDER. "I went back and started writing about my own childhood and that's how the book set itself up. It was, I guess, in a warped way tied together with my mother's death and all this traumatic stuff that was going on as a child..."

"If someone can take something positive away from a book written about Charles Manson, then I've done everything I wanted to do," said the author.