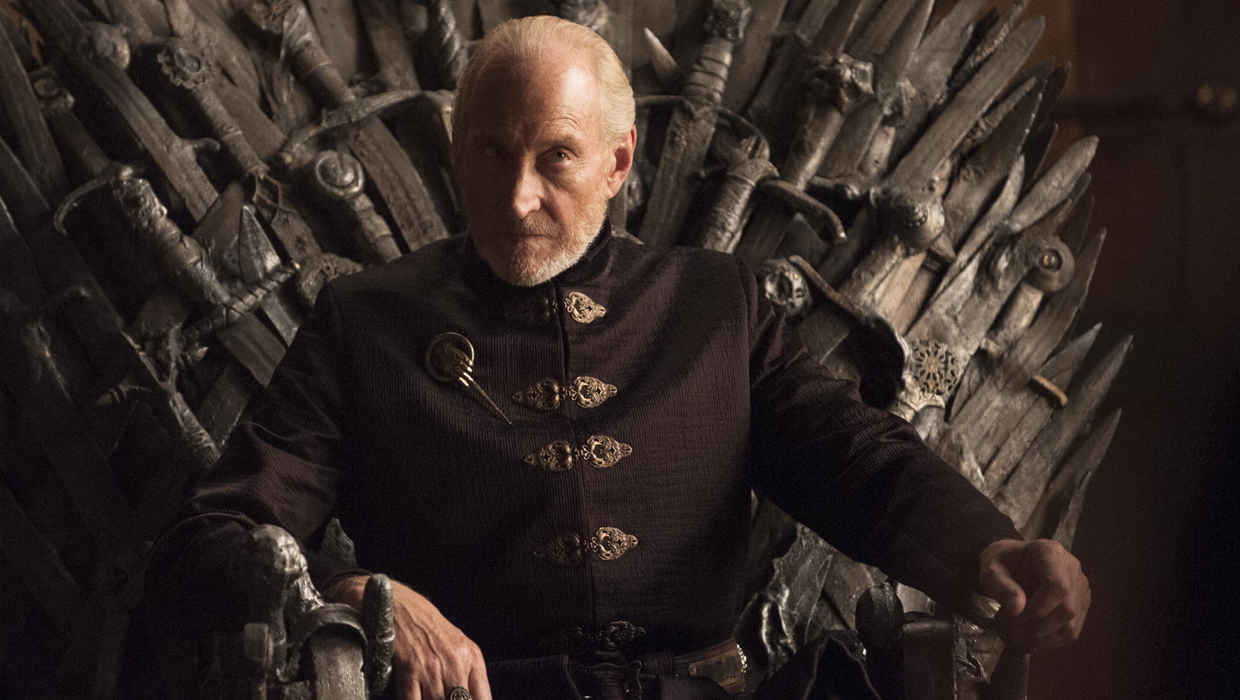 One of the stars of "Game of Thrones" just dropped some surprising information about next season.

Charles Dance, who plays villainous patriarch Tywin Lannister, says we may not have seen the last of his character -- despite the fact that he met his end (on the toilet, no less) at the hands of his crossbow-wielding son, Tyrion.

Speaking to MTV UK while promoting the film "Dracula Untold," Dance shared this tidbit: "I'm not completely missing out on the next series. More than that, I'm not going to say. You haven't seen the last of Tywin Lannister, is all I'll say."

He makes it sound pretty certain that Tywin will be back -- but how?

It's possible he could make an appearance at his character's funeral, as Jack Gleeson did after Joffrey's death last season. Or, others have noted, the character could also reappear in flashbacks or dream sequences.

If that's the case, Tywin will be a familiar face as the cast of "Game of Thrones" continues to change. Nine newcomers are joining the show next year, while two other recurring characters reportedly won't be featured in the upcoming episodes.

"Game of Thrones" season 5 is set to premiere next year.