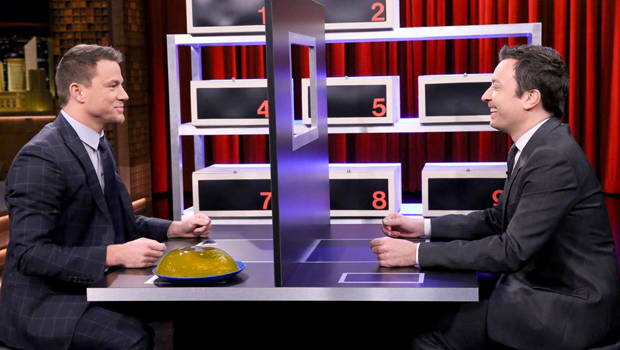 We've seen Jimmy Fallon play "Box of Lies" with the likes of Emma Stone and Jennifer Lawrence, and now Channing Tatum has taken his own turn at the "Tonight Show" game.

Tatum, appearing to promote his film "Foxcatcher," and Fallon spent most of the segment staring each other down and making box-related jokes.

As for the game, they both correctly called each other out on lying about the contents of their first boxes (Tatum had a Chewbaca doll encased in gelatin, Fallon's contained a hot water bottle). The tie-breaker, then, came down to an E.T. doll in a sleeping bag that made Tatum lose it the second he opened the box.

Watch them play and find out who won the game below: