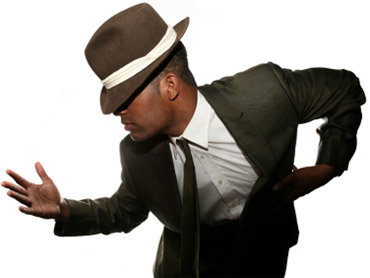 A helpful piece of advice to any would-be Fred Astaires out there hoping to impress the opposite sex: Keep your dance moves tight. A study published in Biology Letters reports that certain male dance patterns are definite turn-offs.

The research involved student volunteers from Northumbria University, who had reflective markers attached to their bodies. With a thumping beat played in the background, the males were asked to dance for a half minute as if they were on a dance floor. Advanced three-dimensional motion-capture cameras then recorded the scene and the data was subsequently fed into a computer to create avatars of each dancer.

A group of heterosexual women were shown 15 video clips and asked to rate the dancing avatars. Three movement measures turned out to be key in predicting dance quality: movements of the neck and trunk, as well as the speed of movements of the right knee.

The better dancers were "nodding their head, they're turning the head to one side, they're turning their head to the other side, there's a large nod, there's a small nod, there's a nod to the left," lead researcher Nick Neave of Northumbria University in Newcastle Upon Tyne told ScienceNow.com. He added that pilot studies found that asking the women who they found to be a good dancer was the same as asking them who they found to be attractive.

The paper points out that male movements serve as courtship signals in many animal species, and may suggest something about the robustness of an individual male. Although they hedged their conclusions, the researchers suggested that certain movements "may form honest signals of male quality in terms of health, vigor or strength."