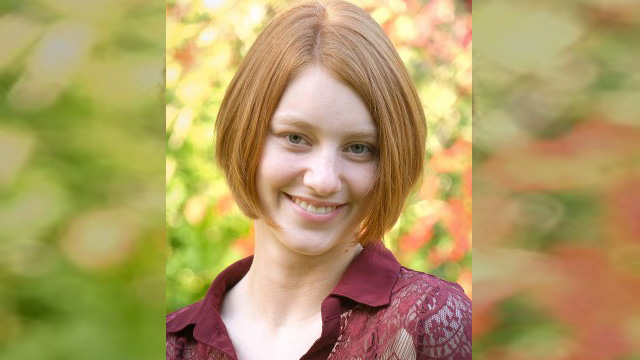 RALEIGH, N.C. -- The chlorination and filtration systems at an artificial water rapids course where Olympic kayakers train were inadequate to kill a rare, brain-attacking organism, the U.S. Centers for Disease Control and Prevention said after an Ohio teenager died from the amoeba.

The rushing water channels at the U.S. National Whitewater Center had become so murky with debris that the chlorine and ultraviolet light that might have killed the Naegleria fowleri amoeba didn't work, Dr. Michael Beach said Friday.

"It's kind of a murky water," said Beach, the CDC's associate director for healthy water. Speaking by phone, Beach wouldn't comment on whether a more effective system could have saved the life of Lauren Seitz, 18, of Westerville, Ohio.

The whitewater center closed its whitewater rafting and kayaking operations on June 24. The fast-water channels will be drained, dried and scrubbed to kill any vestiges of the amoeba, the non-profit said on its web site.

The center didn't indicate when the rapids course might reopen and a spokesman declined to comment Friday on the CDC findings.

Seitz died June 19, just three weeks after graduating from high school and more than a week after returning home to suburban Columbus, Ohio, from a trip that included a visit to the whitewater center about 15 miles west of Charlotte.

"Lauren and I have known each other since we were four," friend Katie Busch told CBS affiliate WBNS after Seitz's death. "I don't have anything but good memories of her."

Busch said Seitz wanted to share her musical gifts, so she joined the youth choir of her Westerville church on a trip to sing in nursing homes and other churches. One stop made by the 32 teens on that trip changed everything.

Colin Evans sat next to Seitz on the bus and shared a raft with her the day health officials believe Seitz contracted the brain-eating amoeba.

"I was lucky enough to have her in the boat with me. We went around three times," Evans told WBNS. "Everybody fell out. It was fun. We both fell out at the same spot both times. We helped each other back in."

Seitz's only known underwater exposure was thought to be when her raft overturned at the whitewater center.

She planned to study music and environmental science at Denison University in Ohio, according to an obituary posted by the funeral home handling arrangements. A celebration of her life is scheduled Saturday. Her family didn't return a telephone call seeking comment.

The center held Olympic qualifying trials for U.S. canoe and kayak competitors in April and also hosted the qualifying races before the 2012 and 2008 Olympics, said Aaron Mann, a spokesman for USA Canoe/Kayak. American Olympians haven't used the Charlotte course in recent weeks because they've been competing in Europe ahead of a training camp in France leading up to the Rio de Janeiro games, he said.

The amoeba is very common in lakes and other kinds of warm, fresh water, yet it's very rare that it will make anyone sick, said Dr. Thomas Kerkering, chief of infectious diseases cat Virginia Tech Carilion School of Medicine in Roanoke, Virginia. The amoeba won't infect a person who drinks or swallows water containing it, and must enter the body through the nose to cause harm.

"Where most people get it is when they wipe out waterskiing and the water goes up their nose," Kerkering said.

The odds that the organism will cause the dangerous, brain-eating disease are just about chance, Kerkering said, since some people jumping into the water might contract the illness while most others don't.

Only 138 people nationwide have been stricken by the disease between 1962 and 2015, according to the CDC. Florida and Texas have had the most cases with 34 each in that time. North Carolina had four cases prior to Seitz, none of them involving the whitewater center, while Ohio is one of 32 states without a recorded case over the five-decade span. All five cases last year were fatal. They were in California, Oklahoma, Arizona, and two in Texas. The most recent was in Texas last August.

Initial symptoms showing up on average five days after exposure may include headache, fever or vomiting and worsen to include stiff neck, confusion, seizures and hallucinations.

The deadly amoeba was found in all 11 water samples taken from the National Whitewater Center's fast-flowing whitewater channel, said Dr. Stephen Keener, Mecklenburg County's medical director. Four samples from the neighboring Catawba River didn't find the organism, but it was found in one sample of the river's sediment, Keener said Thursday.

Water for the center's courses comes from the Charlotte-Mecklenburg municipal system, two water wells and rain, the operator said.