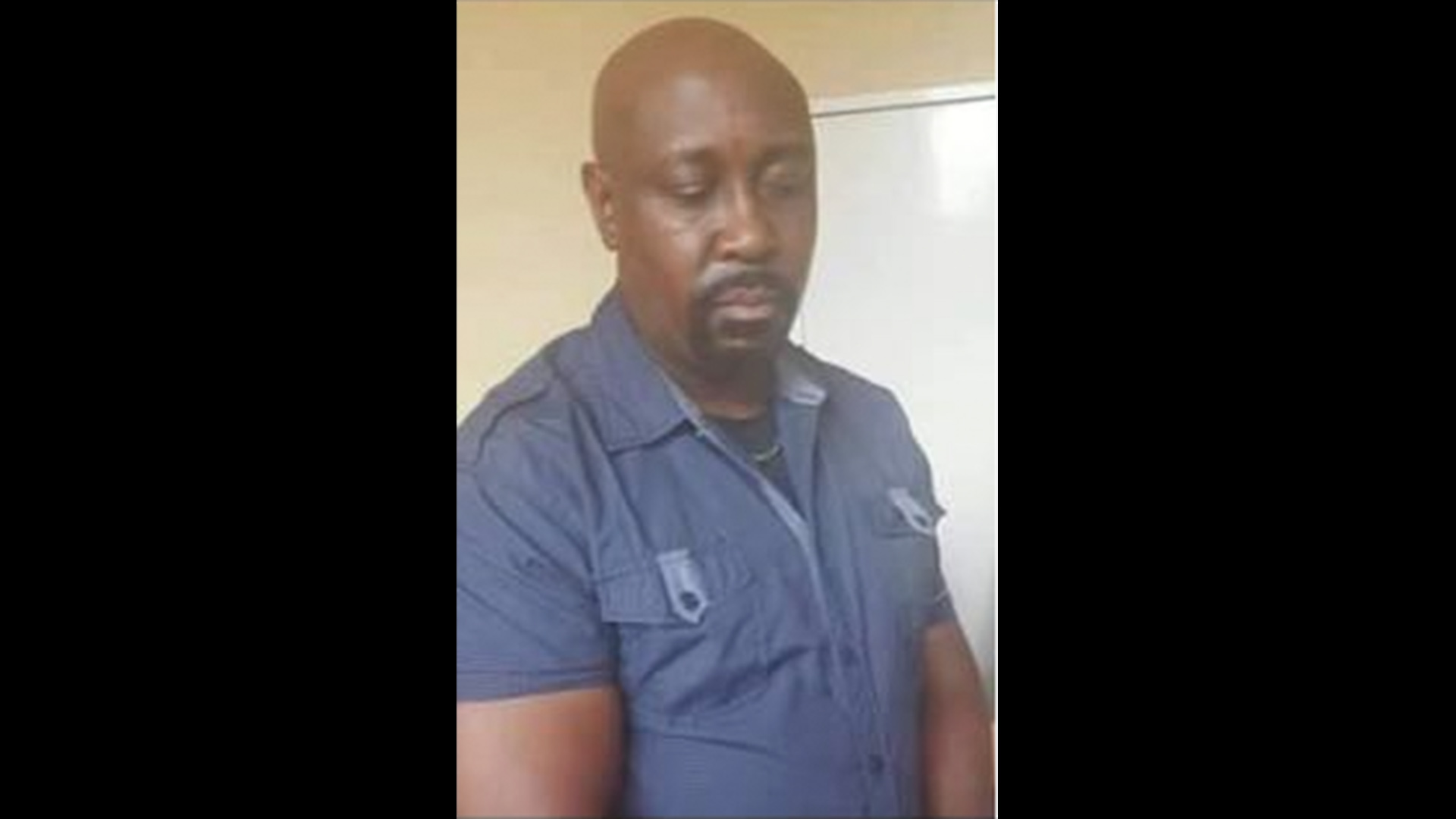 Hundreds of police and military officers suddenly appeared at the rally in the southeast Congo city of Lumumbashi in late April, and the mood of the Congolese crowd swiftly shifted from celebration to tension. Caught in the middle of the mob were four American security contractors, including 48 year-old Darryl Lewis, a former U.S. airman-turned-security-adviser at the Virginia-based Jones Group, headed by Gen. Jim Jones (ret).

The crowd was right to be tense -- without warning, authorities cracked down and began shooting tear gas and live ammunition at them. All the Americans fled to safety except Lewis, who was arrested. He has been stuck behind bars in Kinshasa, the capital of the Democratic Republic of the Congo (DRC), ever since the rally. Now Lewis' family and co-workers tell CBS News that his life is in danger, and for the first time they are speaking out in the hope it will help set him free.

Lewis has been accused by the DRC's Justice Minister of being a mercenary sent to assassinate President Joseph Kabila. In a rare and direct statement on the case, the U.S. ambassador strongly refuted the claim as false and pointed out that Lewis was unarmed when he was arrested.

His employer Jones Group International, which is run by USMC General Jim Jones (ret), also shot down those claims. Indeed, the accusation that a firm run by Jones -- a four star general, former NATO Supreme Allied Commander, and national security adviser to President Obama -- would possibly be part of a broader conspiracy to overthrow Kabila was met with deep skepticism by many in Washington.

For his family, Lewis' arrest is the latest blow in an already tough year. His mother recently had a stroke and has been in and out of the hospital. Prostate cancer killed his older brother two weeks ago. Younger sister Tonya Lewis said she asked the U.S. Embassy in Kinshasa to let Darryl Lewis know through a consular official during a scheduled prison visit.

"We just want him to come home so that my mother can see her son and the family can join back together," Tonya Lewis told CBS News by phone from her Mississippi home. "We just want him safe and healthy. We don't really care about what he's charged with."

It has become clear to many that Lewis has been entangled in a brutal struggle for power inside the DRC because of the work he was doing for popular opposition politician Moise Katumbi. Chris Adames, a former U.S. Marine and one of the Jones Group advisers working with Lewis in the DRC, explained their mission in a phone interview.

Katumbi had recently faced death threats, Adames said, including one instance late last year when he was poisoned. Now preparing for a presidential run that would make raise his profile further as a target, Katumbi hired Jones to advise his bodyguards on how to tighten his personal security.

Due to the death threats, the Jones Group team members were there to assess his bodyguards in action.

"We observe and report and if the situation calls for it we can suggest changes," Adames said. "We are not permitted to bear arms. And our role didn't call for it."

On the day of the arrest, Lewis had been seated inside a black SUV belonging to Katumbi. Using cell phones and communications gear, he kept in touch with the guards surrounding Katumbi as the politician prepared to address the rally. Adames said he then saw Congolese military and policemen surround the vehicle.

"He was doing nothing. There is no evidence that we was doing anything other than riding as a vehicle identified as Katumbi's vehicle," Adames said.

Lewis, he said, has become a political pawn because he was working with the politician who poses the single greatest threat to President Joseph Kabila's reelection, if elections are held this fall, as scheduled. By linking Katumbi to a trumped-up conspiracy plot, Adames maintains, Kabila would essentially neutralize him as a political threat.

On Thursday, an arrest warrant was issued for Katumbi following his indictment on charges of hiring mercenaries as part of a plot against Kabila, according to a DRC government spokesperson. He has been in the hospital for nearly a week since police fired tear gas at him outside the prosecutor's office where his case was being heard. At the time, Katumbi denied accusations made by Justice Minister Alexis Thambwe Mwamba that he had hired Lewis and the other ex-U.S. soldiers as so-called mercenaries.

Back in Washington, the State Department has been watching the case and regularly sending U.S. Embassy officials to the prison to make sure that Lewis is not being tortured during his interrogations. It is not clear whether Lewis will face any charges or see a day in court.

Fair treatment in the DRC is something of an oxymoron. Indeed, high-level U.S. officials are also concerned that Kabila is looking for any excuse not to hold the constitutionally mandated elections. Secretary of State John Kerry recently warned Kabila that there would be consequences if he used force to suppress public outcry and extend his term.

DRC elections are scheduled for November, but little effort has been made even to register voters. The country has between 72 - 80 million people but has not had a census in decades. Congo is also unaccustomed to transitions. Kabila, if he's unseated, would be the first president not to die in office.

President Obama has personally urged Kabila to hold the elections, though his entreaty may have fallen on deaf ears. A high-level State Department official, Assistant Secretary Greenfield, told Congress last week that the U.S. is already preparing sanctions, in anticipation of the Kabila regime's efforts to suppress the elections, causing further destabilization to a country long wracked by war.