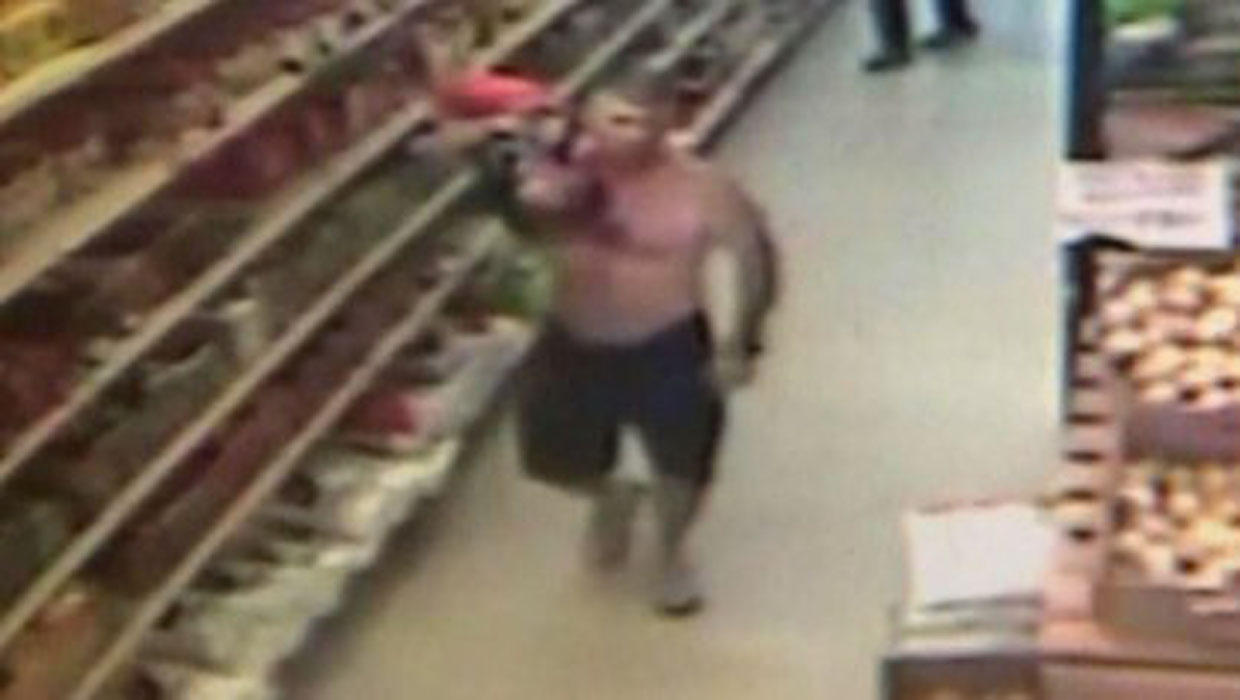 BRAINTREE, Mass.-- An abduction suspect can be seen walking out of a Massachusetts grocery store with a small child slung over his shoulder in harrowing surveillance video obtained by CBS Boston.

Cameras inside the South Shore India Market in Braintree, south of Boston, captured the moment 47-year-old Stephen O’Brien on Aug. 12 allegedly grabbed the one-year-old boy and walked out, the station reports.

“This gentleman walked in, without a shirt, grabbed the kid,” Mehtab Ahmed, a store employee, told the station.

The father then told Ahmed, who called police. O’Brien was arrested soon after in a wooded area behind the store following a struggle and charged with kidnapping and resisting arrest.

Police say the parents initially thought the suspect was an employee playing with their child.

O’Brien was arraigned on Monday and is due back in court next month.