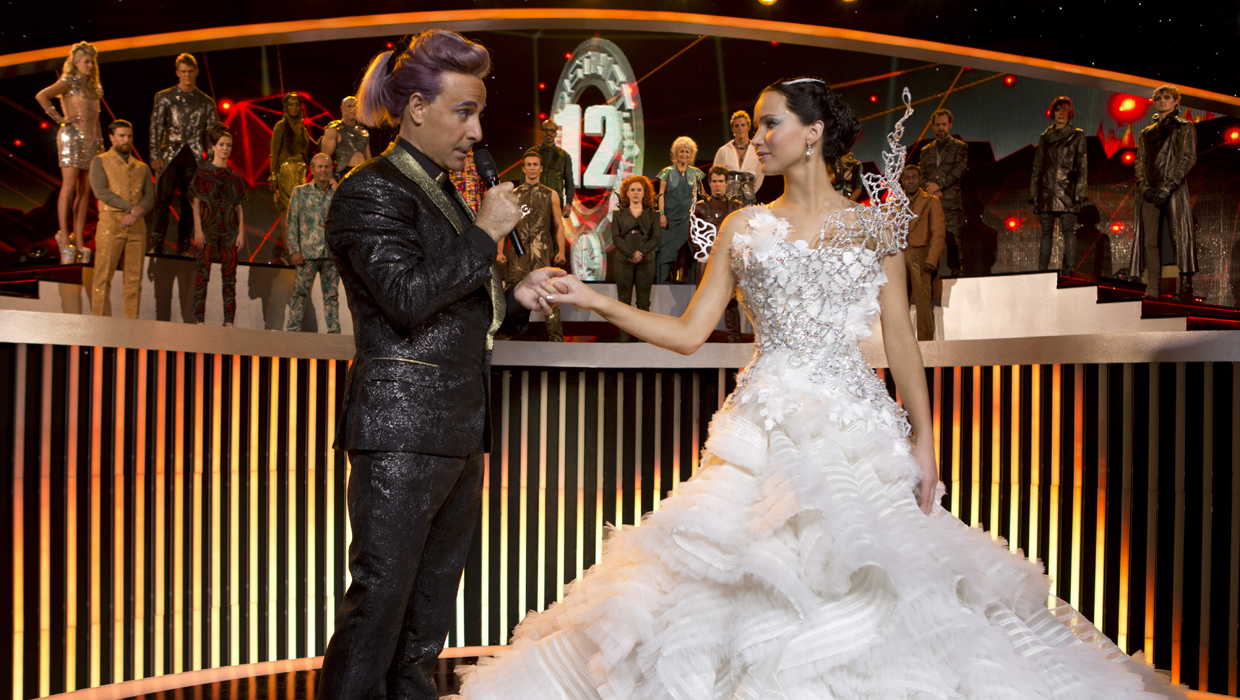 Lionsgate's sequel earned a prodigious $75 million in its second weekend, while Disney's frosty fete opened with $67 million, according to studio estimates Sunday.

Both films bested the previous Thanksgiving record holder, "Harry Potter and the Sorcerer's Stone," which earned $57.5 million in 2001 over a three-day period.

Snowballing its way to the top, "Frozen" became the biggest Thanksgiving opening ever and the largest opening for Walt Disney Animation Studios.

"For a company whose foundation was built on animation, to have this as the biggest opening ever is a pretty extraordinary thing," said Dave Hollis, executive vice president of distribution at Walt Disney Studios, adding that the box office draw of "Frozen" exceeded studio expectations.

"We came into the weekend feeling like anything that would exceed the result from `Tangled' from a couple years back would be great," Hollis added. "Tangled" opened with $68.7 million in 2010. "We thought something in the $70-$80 million range is what might be possible with `Frozen.' We are hoping it lends itself to a big, long payoff after this great start."

The films topped records for the highest domestic box office grosses for the three-day and five-day holiday weekend. "Catching Fire" blazed the trail to No. 1 and "Frozen" slid in at No. 2.

"Catching Fire" earned the biggest-ever gross for a film from Wednesday to Sunday over the Thanksgiving holiday. It brought in $110.2 million, raising its domestic total to $297 million. "Frozen" scored $93 million over the five days, topping Disney's previous five-day champ, "Toy Story 2," which earned $80.1 million in 1999.

"All of these records being broken, it's like a true snowball effect," said Paul Dergarabedian, senior media analyst for box-office tracker Rentrak. "Overall, this is the biggest Thanksgiving weekend for the industry ever. Last year was the Thanksgiving record holder, but this one-two punch with ‘Catching Fire' and ‘Frozen' was just amazing."

Internationally, "Catching Fire" continued to bring the heat, earning a total of $276 million through Sunday. Opening No. 1 in France, Italy and Belgium, the sequel exceeded the opening weekend of "The Hunger Games" in all three markets. Overall, the sequel has grossed $573 million worldwide.

After dominating the box office during its first two weeks in theaters, Disney's "Thor: The Dark World" dropped to No. 2 last weekend and was knocked down one more spot to No. 3 this weekend, earning $11.1 million. Globally, it continues to keep Disney on the map with a total of $591.1 million.

Maintaining a healthy position at the box office, Universal's romantic comedy "The Best Man Holiday" held the fourth slot with $8.5 million, while thriller "Homefront," starring Jason Statham and James Franco, opened in the No. 5 slot with $7 million.

Opening with $850,000, Spike Lee's "Oldboy" failed to make an impressive impact at the box office.

And according to The Hollywood Reporter, Steve McQueen's “12 Years a Slave” has become the year's top-grossing specialty film to date.