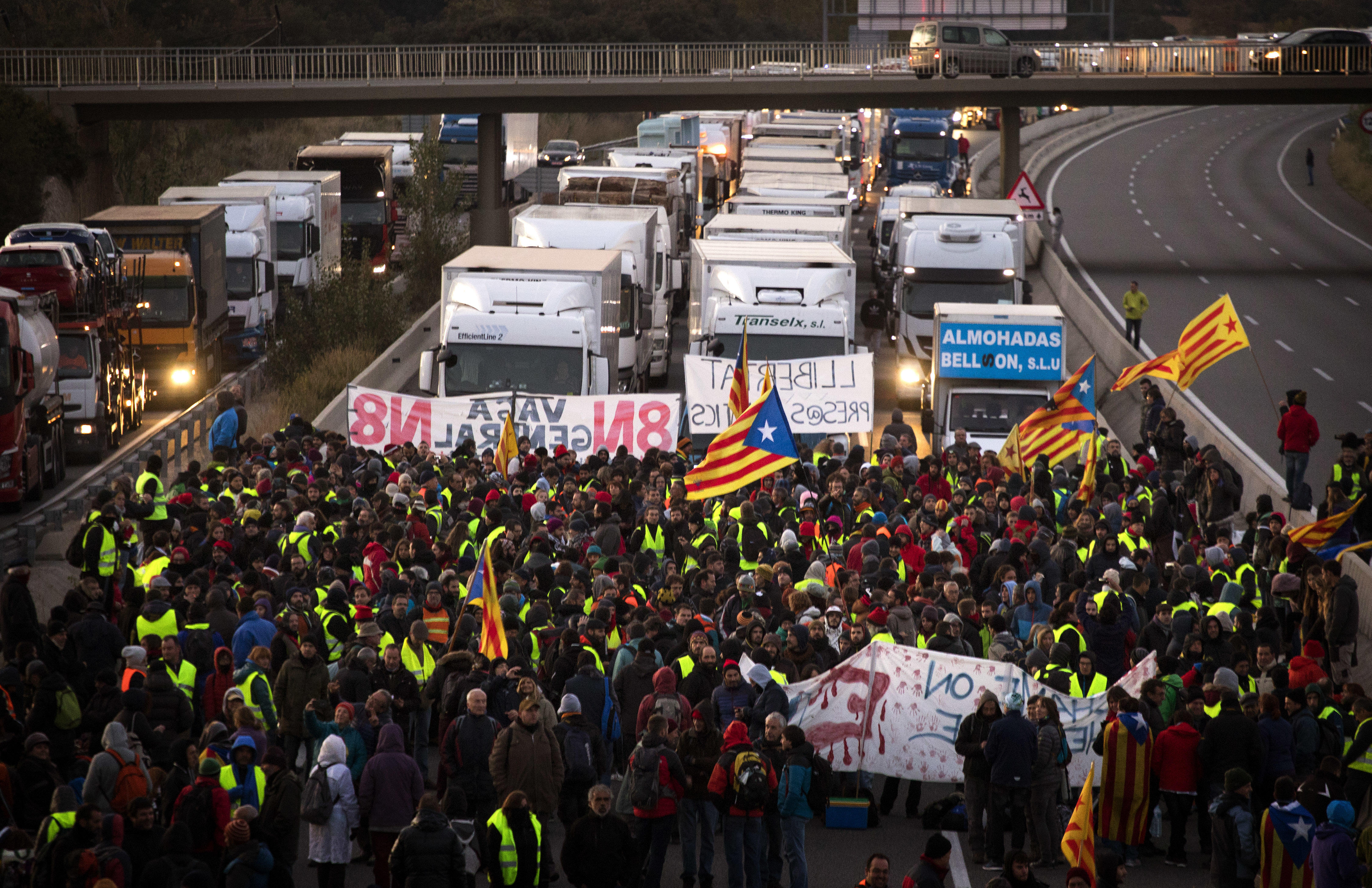 Many of the blockades were on roads leading to major Catalan cities, including the regional capital Barcelona, and major highways, the Catalan Transit Service said. Disruptions affected more than 60 sections of road and highway throughout the morning, it said.

The strike was not backed by Spain's two main unions and was not reported to be having any major effect on industry or in the region's prized tourism sector.

Spanish authorities took the unprecedented step of seizing control of Catalonia, one of Spain's 17 autonomous regions, after a majority of regional lawmakers there ignored Constitutional Court orders and passed an independence declaration on Oct. 27.

Spain sacked the regional government, dissolved the parliament and called a fresh regional election for next month.

Prime Minister Mariano Rajoy said Wednesday the elections should open "a new political era" in the region with the return to normality and respect for Spain's laws.

Former Catalan regional president Carles Puigdemont and four of his sacked ministers have fled to Belgium, where they are fighting Spanish arrest and extradition orders.

Eight of Puigdemont's ex-ministers and two activists were sent to jail as a Spanish court studies possible charges of rebellion and sedition against them.

Intersindical CSC, a platform of pro-independence workers' unions, had called the strike for labor issues but separatist parties and civil society groups asked workers to join the stoppage to protest Spain's intervention.