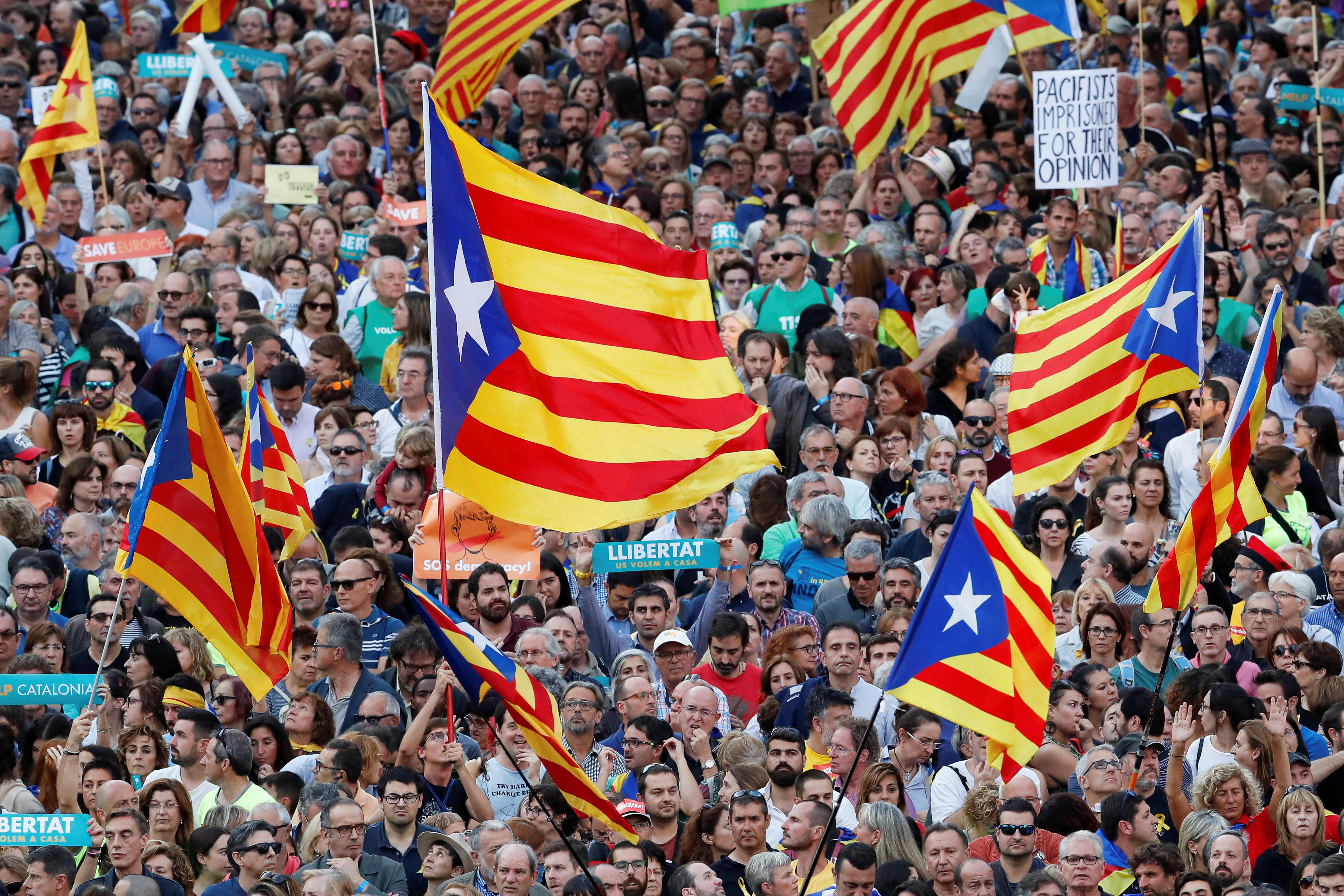 BARCELONA, Spain -- A pro-independence party in the Spanish region of Catalonia is calling for "mass civil disobedience." They are upset about the Spanish government's unprecedented decision and attempt to take over Catalonia's government.

The political crisis has escalated to the point that Spain's central government is, in essence, saying "we'll take over now" as they seek to impose direct rule in Catalonia, CBS News correspondent Seth Doane reports. Some leaders in Catalonia are plotting their next move.

Those favoring independence made it clear what they thought about direct rule by Madrid.

If Spain's Prime Minister Mariano Rajoy gets his way, the semi-autonomous region of Catalonia will see its president lose his job and top ministries and government functions managed by care-takers from Madrid likely until new elections are called. Those steps must be approved by Spain's senate, which is expected later this week.

In a television address, Catalan President Carles Puigdemont called the central government's latest move the "worst attack on Catalonian institutions and its people since the Franco dictatorship."

"I don't think selfishness, exclusion is good for business – and definitely not good for people," said Carlos Rivadulla, a lawyer in Catalonia. He sees separatists here as breaking the law and Spain's effort to seize power as a necessary step. He likens it to pushing "an emergency button."

"It's like Alabama or any other state declaring the U.S. constitution doesn't apply on their territory," Rivadulla said.

Meanwhile, in another move toward autonomy, two of the wealthiest regions in northern Italy voted this weekend to have greater say in how they spend their tax dollars are spent and that was one of the big issues in Catalonia.