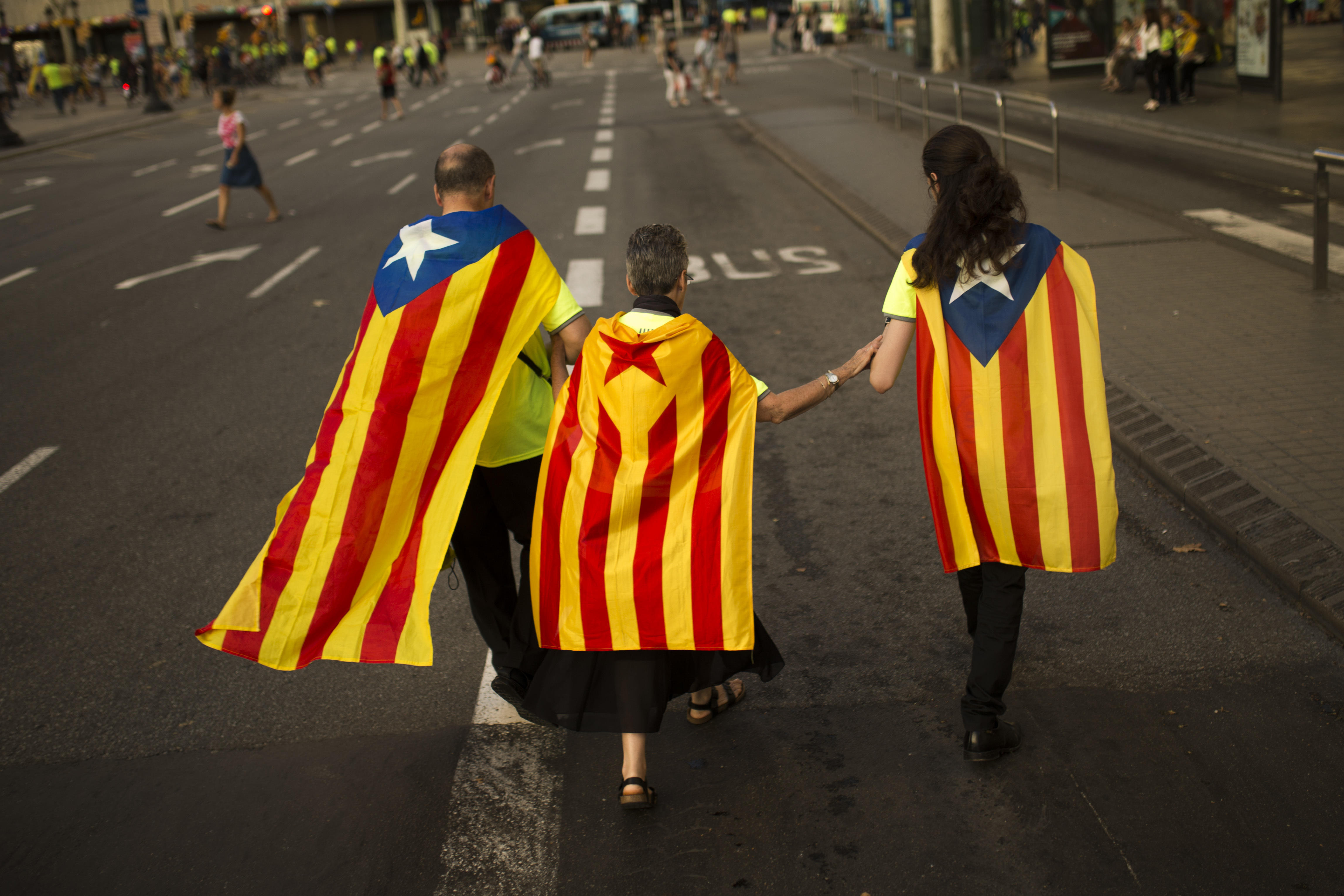 MADRID -- A mounting confrontation between regional leaders in northeast Spain's Catalonia region and national leaders in Madrid over a planned independence referendum in Catalonia is gripping the Mediterranean country.

Spain's central government is using judicial measures to try to stop the planned Oct. 1 ballot, which it insists is unconstitutional, but regional authorities are trying to sidestep the legal obstacles.

Regional president Carles Puigdemont tells broadcaster TV3 the national government in Madrid has created a "climate of hostility and paranoia" around the planned ballot.

Meanwhile, Spain's Deputy Prime Minister Soraya Saenz de Santamaria says Thursday no dialogue is possible with the Catalan authorities until they back down from their plans for a vote.

A judge shut down the referendum website late Wednesday but minutes later it reappeared using a different server.

Spain's top prosecutor is investigating more than 700 Catalan mayors for cooperating with the planned referendum after the nation's constitutional court ordered the vote put on hold, the prosecutor's office said Wednesday.

Catalonia's regional police force is under orders to arrest the mayors if they refuse to appear for questioning, State Prosecutor Jose Manuel Maza's office said.

The announcement significantly raised the stakes in the increasingly tense standoff between Catalan independence supporters and national authorities.

If mayors and their municipalities cannot help organize balloting, the vote is unlikely to proceed. Maza's order also put regional police officers in the uneasy position of carrying out commands from Madrid in their towns and cities.

The pro-independence coalition governing Catalonia has asked the 947 mayors in the northeastern region to provide voting facilities.

Maza ordered the prosecutors in Spain's 17 provinces to investigate the 712 mayors who already have offered to provide municipal premises as polling stations.

Most of Catalonia's mayors have said they would cooperate with the referendum. However, the willing mayors represent less than half of the region's voting-age population.

Urban support is key for the pro-independence movement, especially the Catalan capital of Barcelona, which is home to around 20 percent of voters.

Barcelona Mayor Ana Colau, who opposes secession but supports a vote, says she wants to help arrange the referendum but won't do so without assurances that she and her staff would be acting legally.

Such assurance is unlikely to materialize, and without Barcelona's participation, the referendum would lack legitimacy.

Prime Minister Mariano Rajoy appealed to Catalans to ignore calls from independence supporters to turn out to vote.

"If anyone urges you to go to a polling station, don't go, because the referendum can't take place, it would be an absolutely illegal act," Rajoy said.

Spain's King Felipe VI also entered the fray, stepping up the pressure on Catalonia by vowing that the Spanish Constitution "will prevail" over any attempt to break the country apart.

In his first comments on the growing political crisis, Felipe said the rights of all Spaniards would be upheld against "whoever steps outside constitutional and statutory law."