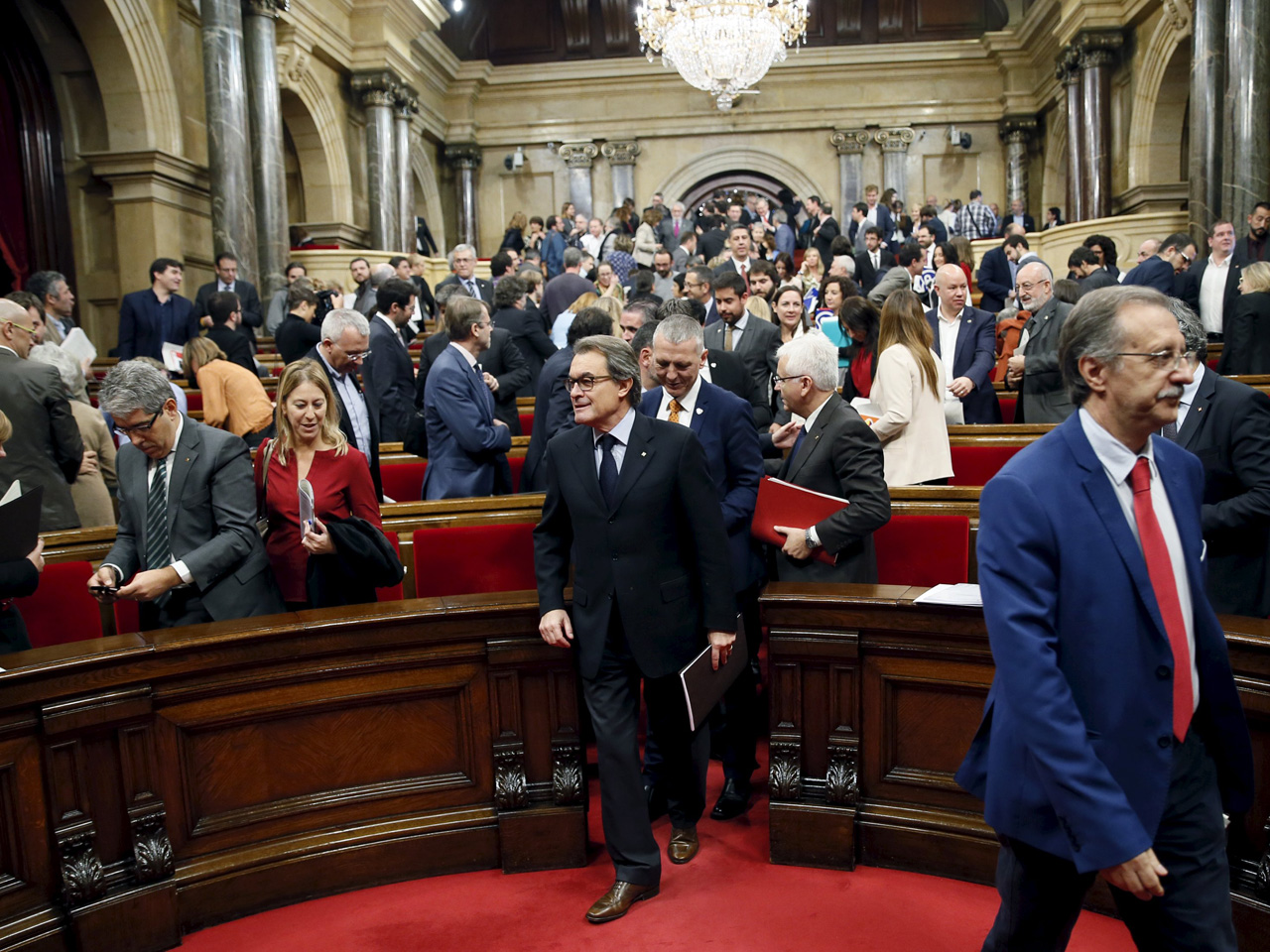 BARCELONA, Spain - The regional parliament of Catalonia approved a plan Monday to set up a road map for independence from Spain by 2017, in defiance of the central government.

The chamber, based in the northeastern city of Barcelona, passed the motion by 72 votes to 63.

The proposal was made by pro-secession lawmakers from the "Together for Yes" alliance and the extreme left-wing Popular Unity Candidacy (CUP). The groups together obtained a parliamentary majority in regional elections in September.

The Spanish government reacted swiftly. In a nationally televised address, Prime Minister Mariano Rajoy said that his government will appeal against the decision at the Constitutional Court, which has in the past blocked moves toward independence.

"Catalonia is not going anywhere, nothing is going to break," Rajoy said.

He added he would meet with the leader of the main opposition Socialist Party, Pedro Sanchez, to forge a common front against the separatists.

The motion passed by the parliament in its first post-election session declared "the start of a process toward the creation of an independent Catalan state in the form of a republic" and a "process of democratic disconnection not subject to the decisions by the institutions of the Spanish state."

While separatist lawmakers celebrated the result in the chamber, opponents held up Spanish and Catalan flags.

"There is a growing cry for Catalonia to not merely be a country, but to be a state with everything that means," Raul Romeva, head of the "Together for Yes" alliance, said at the start of the session. "Today we don't only open a new parliament, this marks a before and after."

Catalan branches of Spain's ruling conservative Popular Party and the Socialist and the Citizens opposition parties had filed appeals to halt the vote, but Spain's Constitutional Court ruled last Thursday that it could go ahead.

"You want to divide a country by raising a frontier within the European Union," Citizens regional leader Ines Arrimadas told separatist lawmakers.

The Constitutional Court is expected to rule the law illegal quickly, but the motion specifically orders the regional government not to heed the decision of Spain's highest court. The motion gives the incoming government 30 days to start working on a new Catalan constitution, which would later be voted on in a referendum, and begin establishing a new tax office and social security administration.

Pro-secessionist parties won their majority of 72 seats in September on the strength of just 48 percent of the votes. That was because of a twist in Spanish election law that over-represents rural areas - where separatists have more support.

Anti-independence lawmakers say that quirk denies separatists a legitimate democratic mandate to break away from Spain.

As well as warnings from the EU that an independent Catalonia would have to ask to be admitted to the bloc, separatist forces also face an internal dispute that could slow or even derail the independence push.

Later Monday the parliament was to begin what is likely to be a long and heated investiture debate over whether Artur Mas should continue for a third term as the region's head of government.

While his "Together for Yes" alliance backs him with 62 votes, it is short of the required majority of 68. The anti-independence parties are against him, and the CUP has said it won't support Mas because of his conservative austerity policies and the corruption investigations involving his Convergence Party.

The parliament has until Jan. 9 to form a government or new elections must be called.

By then, Spain will have held national elections, and the issue of how to handle the situation in Catalonia will play a crucial role in whether Rajoy's Popular Party can hold onto to power.

Polls consistently show that while the majority of the 7.5 million Catalans support holding an official referendum on independence, they are evenly divided over whether to break centuries-old ties with the rest of Spain.

The Spanish government has refused requests by regional lawmakers to hold an official referendum similar to the one Scotland held last year when Scots voted to stay in the United Kingdom.

Separatists have held massive pro-independence rallies since the Constitutional Court struck down key parts of a law that would have given more power to the region in 2010.

The ranks of lifelong secessionists who feel that the Catalan language - spoken along with Spanish in the region - and local traditions can only flourish in an independent state have been joined by those who are frustrated by Spain's ongoing economic problems.

It has become a common complaint among the separatist camp that Madrid's central government takes more in taxes from the relatively wealthy and industrialized region that it returns in investment in infrastructures and social services.