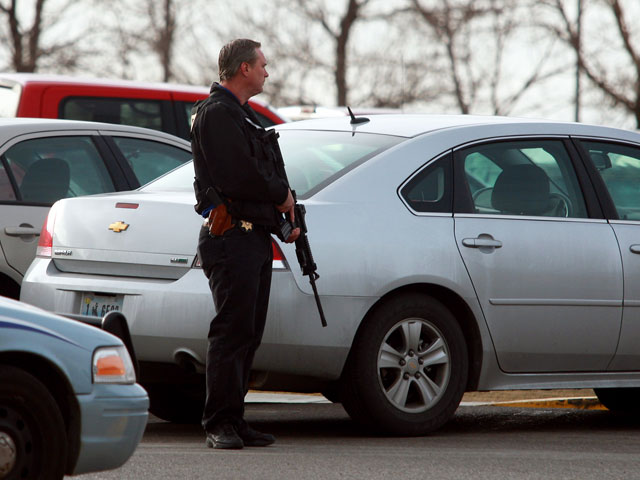 (CBS/AP) CHEYENNE, Wyo. - Police say there appears to have been a relationship between the suspect and victims in the deadly attacks that left a total of three people dead at Casper College and in another neighborhood in the Wyoming city Friday morning.

President Walt Nolte and city officials say a non-student suspect killed a faculty member in a classroom on the third floor of the Wold Physical Science Center and another victim elsewhere in Casper, and then committed suicide.

Casper Police Chief Chris Walsh didn't identify those involved in the fatal incident, but said the victims were a male and a female.

Walsh said two were dead at the science center and another at a different location in Casper, about two miles away. He said no suspects are at large and no one else was injured.

"I want to emphasize that this is a horrible tragedy," Walsh said. "And I want the city to ... just feel safe right now."

NBC affiliate KCWY has reported that police said the weapon used in the attack appeared to be a "bow and arrow type." Walsh would not confirm or deny this detail at a press conference Friday afternoon saying only that a "sharp-edged weapon" was used.

Walsh said 33 law enforcement officers from different agencies responded to the college after receiving reports of the attack. He said authorities first thought it might have been an "active-shooter-type situation."

"We quickly contained the (science) building and started a sweep through the building," he said.

Walsh said within minutes of the initial call, there was another report of a traumatic injury about 2 miles southwest of campus. That victim was found in the street on Hawthorne Avenue, the Casper Star-Tribune reported.

According to a press release from the city, Fridays attacks don't appear to be "school motivated."

Casper College is a two-year community college in Wyoming's second-largest city. Casper, population 56,000, is about 250 miles northwest of Denver.