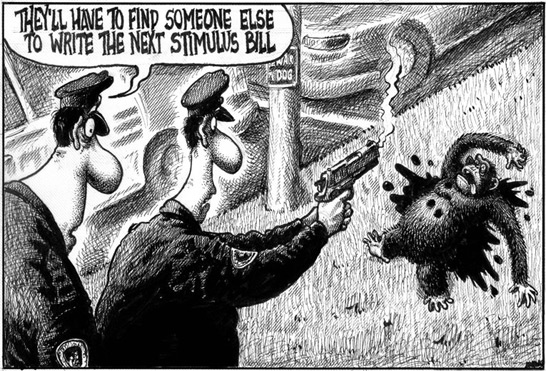 The Rev. Al Sharpton says a New York Post cartoon that appears to link President Barack Obama to a violent chimpanzee is "troubling at best."

The cartoon in Wednesday's Post by Sean Delonas shows a dead chimp and two police officers, one with a smoking gun.

The caption reads, "They'll have to find someone else to write the next stimulus bill."

The cartoon refers to Travis the chimp, who was shot to death by police in Stamford, Connecticut, on Monday after it mauled a friend of its owner.

It links the chimp to Obama, who signed his administration's economic stimulus plan on Tuesday.