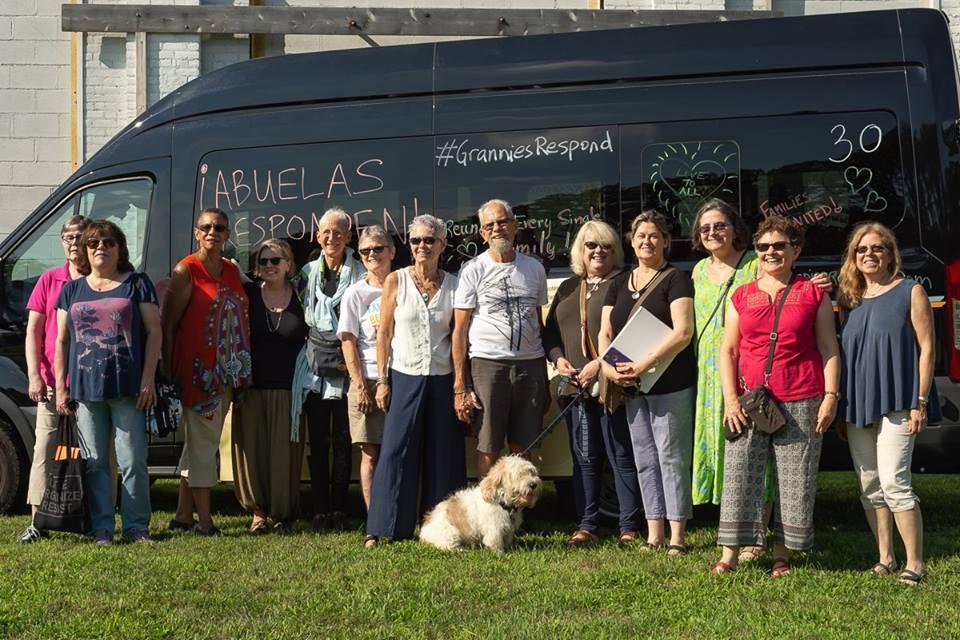 President Trump has another caravan on his hands. Only this time, it's a group of self-proclaimed "grannies" traveling 2,000 miles across the U.S. to the border with Mexico to protest family separations.

About two dozen gray-haired "Grannies Respond" activists kicked off their six-day road trip to McAllen, Texas, on Tuesday in New York City's Union Square, WCBS Newsradio reports. They'll make a total of seven stops along the way -- holding rallies and vigils in each city to express their outrage over immigrant families separated at the border.

The final stop on Aug. 6 is at the nation's largest immigration facility, where they'll hold a 24-hour demonstration and participate in community service events.

The group started about 70 miles north of New York City in Beacon, New York, as a few "grannies" and "grampies" sharing their outrage on Facebook, organizer and grandmother Roya Salehi told CBS News.

They quickly got on a call about a month ago with one simple question: What can we do? And so, the caravan was born with a simple message: It's about humanity, and ultimately putting an end to family separations.

"At the end of the day, we want to be sure people are aware of what's happening," Salehi said, speaking from a rally on the steps of the Pennsylvania State Capitol in Harrisburg. "We wanted to get attention and have people talking ... We could not sit passively."

They've since become a national grassroots movement, with caravans forming in Georgia, Texas, Wisconsin, Oregon and Florida, among other states -- all moving southward toward the border.

The group says they are deliberately visiting places where people aren't talking about the issue of immigration and family separations, Salehi said. They want to start conversations and connect with Americans across the country, many of whom live in states that voted for Mr. Trump in the 2016 election.

"We're moving beyond political lines," Claire Nelson, a grandmother of five, told CBS News. "This issue is not going away."

Mr. Trump signed an executive order in June ending the administration's family separation policy. But of more than 2,500 children who were initially separated from parents and guardians, hundreds remain in federal custody, including more than 400 whose parents left the U.S. without them.

"I could not even close my eyes and imagine for a minute my kids being separated from me," Salehi said. "That was enough for me to take action."

Nelson is traveling in the memory of her parents who survived the Holocaust and were separated from their parents before settling in America. "They told me to remember and this could happen again," she said.

Kathleen Brown, a grandmother of 12, said the images and stories of the children separated from their families makes her "physically ill."

"I couldn't look [my grandchildren] in the eye and know that I was silent at this time in this country," Brown told CBS News.

The core caravan is scheduled to stop in Pittsburgh on Wednesday, before heading south to Louisville, Montgomery, New Orleans and Houston. The group is also keeping a video diary on its website, with many members speaking about their personal experiences on the road.

"We're not your old-fashioned 'granny' model," Brown said. "I think that in the beginning, the idea of the grannies was a chuckle. But we're nothing to chuckle at."