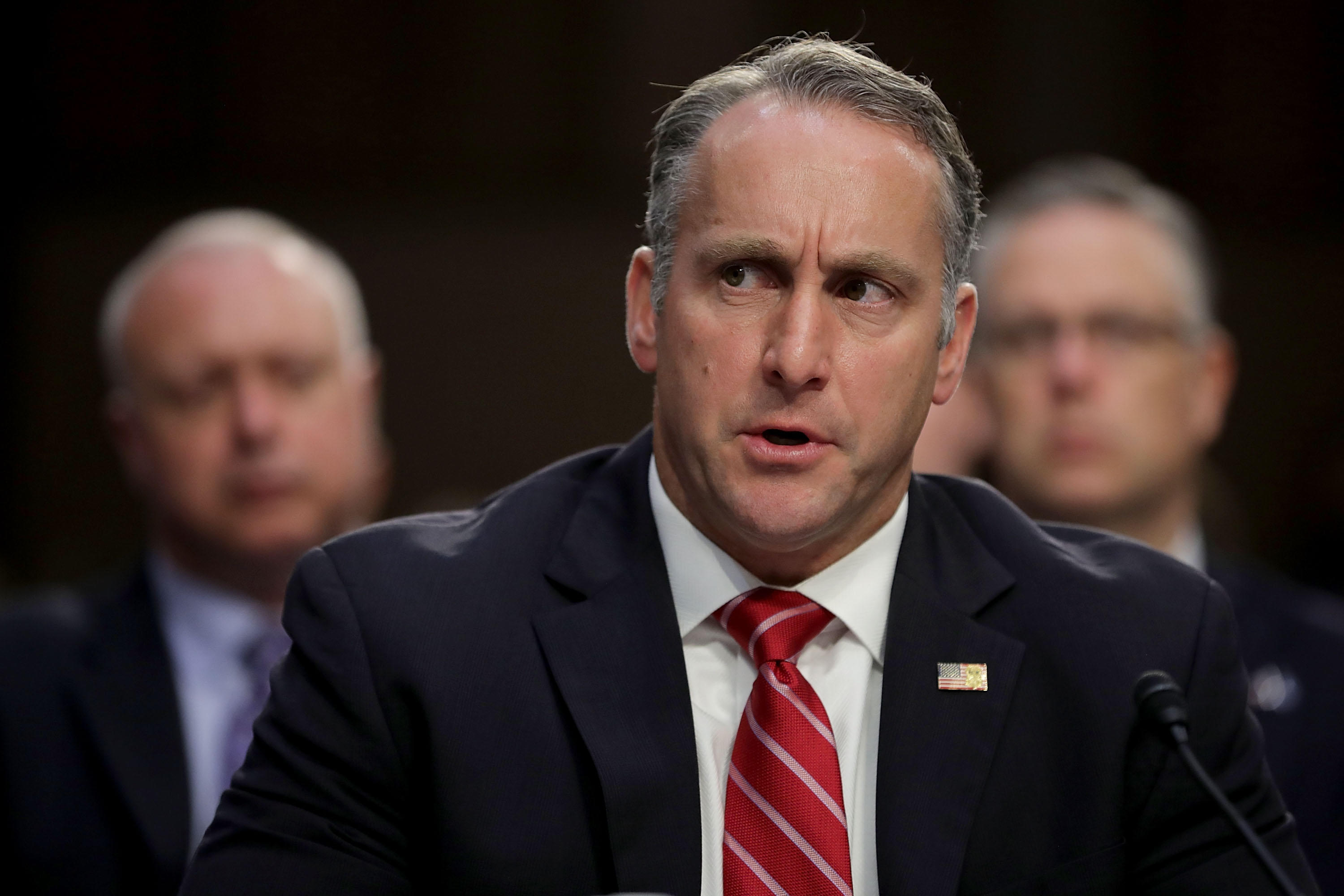 WASHINGTON -- A Department of Health and Human Services official told senators Tuesday that his agency had warned the Trump administration that separating families would be dangerous for children. But some of the government's top immigration officials used a Senate hearing to largely defend how the policy has been implemented, with one comparing family detention centers to "a summer camp."

One official told the Senate Judiciary Committee that while the Trump administration was developing its immigration policies, Health and Human Services officials said they were worried "about any policy which would result in family separation due to concerns we had about the best interests of the child." Commander Jonathan D. White of the U.S. Public Health Service Commissioned Corps, a branch of HHS, said they were also uncertain their department had enough resources to handle large numbers of detained immigrants.

"There's no question that separation of children from parents entails significant potential for traumatic psychological injury to the child," White said.

Asked by Sen. Richard Blumenthal, D-Conn., what response HHS officials got from administration policymakers, White said, "The answer was there was no policy which would result in separation of children from family units."  White is a career official at HHS who has served in three administrations.

White's remarks came as the Judiciary committee questioned officials about what has become an election-year liability for the Republicans and the White House - President Donald Trump's separation of migrant children from detained families. Mr. Trump dropped the policy more than a month ago under fire from Democrats and Republicans alike. But of more than 2,500 children who were initially separated from parents and guardians, hundreds remain in federal custody including more than 400 whose parents left the U.S. without them.

Lawmakers and journalists who have visited some detention facilities around the country and migrants themselves have reported poor conditions. The top members of the Judiciary committee - Chairman Chuck Grassley, R-Iowa, and Dianne Feinstein, D-Calif. - have asked inspectors general of two federal agencies to investigate reports by news organizations that immigrants at some centers have suffered alleged sexual and other forms of abuse.

Matthew Albence, an executive associate director at U.S. Immigration and Customs Enforcement, told the lawmakers that "the best way to describe" conditions at family detention centers was "like a summer camp." He said the facilities undergo rigorous inspections and offer basketball and other forms of recreation, food and water around the clock and medical and dental care.

"These individuals have access to 24/7 food and water. They have educational opportunities. They have recreational opportunities, both structured as well as unstructured," Albence said, according to CBS Los Angeles. "There's basketball courts, there's exercise classes, there's soccer fields that we put in there. They have extensive medical, dental and mental health opportunities. In fact, many of these individuals, the first time they've ever seen a dentist is when they've come to one of our (family residential) centers."

"We do not leave our humanity behind when we report for duty," Carla L. Provost, acting chief of the U.S. Border Patrol, told members of the committee.

At one point, Sen. Mazie Hirono, D-Hawaii, asked witnesses whether they would want their children to stay in one of the government's family detention centers.

"I think we're missing the point," answered Albence. "These individuals are there because they have broken a law."

While some Republicans offered measured criticism of the problem, Democrats ridiculed Mr. Trump's immigration policies as cruel and bungling. No. 2 Senate Democratic leader Richard Durbin of Illinois said Homeland Security Secretary Kirstjen Nielsen should resign and that someone "has to accept responsibility" for policies that show "the extremes this administration will go to."

Sen. Patrick Leahy, D-Vt., chided the administration for not having an adequate system for matching separated children with their parents. He cited the often frantically crowded Chuck E. Cheese children's restaurants as having procedures that work.

When Sen. Sheldon Whitehouse, D-R.I., asked the witnesses "what went wrong" when the government began having trouble matching detained children with parents or guardians, the most specific answer came from the public health service's White.

"Children were separated from their parents and referred as unaccompanied alien children when in fact they were accompanied," White said.

Grassley said Mr. Trump's crackdown on people illegally crossing the border from Mexico was well-intentioned but has had unintended consequences. He said the administration has "mishandled" family separations.

The officials said they keep records of children in their custody and can document decisions by hundreds of detained parents to willingly leave the U.S. without their children, an assertion that has drawn skepticism from lawmakers. Some migrants separated from their children have said they did not understand what they were signing.

White called a family's decision to leave children behind "a desperate last act of a parent" that he said is "unfathomable until you've walked in those parents' shoes."

Sen. John Cornyn, R-Texas, defended the officials and said Congress was also to blame for the administration's problems with handling the separated families. He said congressional critics "offer no plausible or workable solution at all."

U.S. District Judge Dana Sabraw in San Diego set a deadline of last Thursday to reunite the families. While he commended administration officials for reuniting many parents in its custody with their children, it faulted them for leaving hundreds of families still apart and warning that a better system must be in place.

In exhibits filed in federal court last month, more than 200 migrants detained at the Mexican border this year described "hieleras" and "perreras" -- Spanish for "ice boxes" and "dog pounds" -- nicknames for the facilities where they were initially taken after being apprehended by federal authorities.

Their testimonies speak of food "not fit for consumption," overcrowding and abuse.