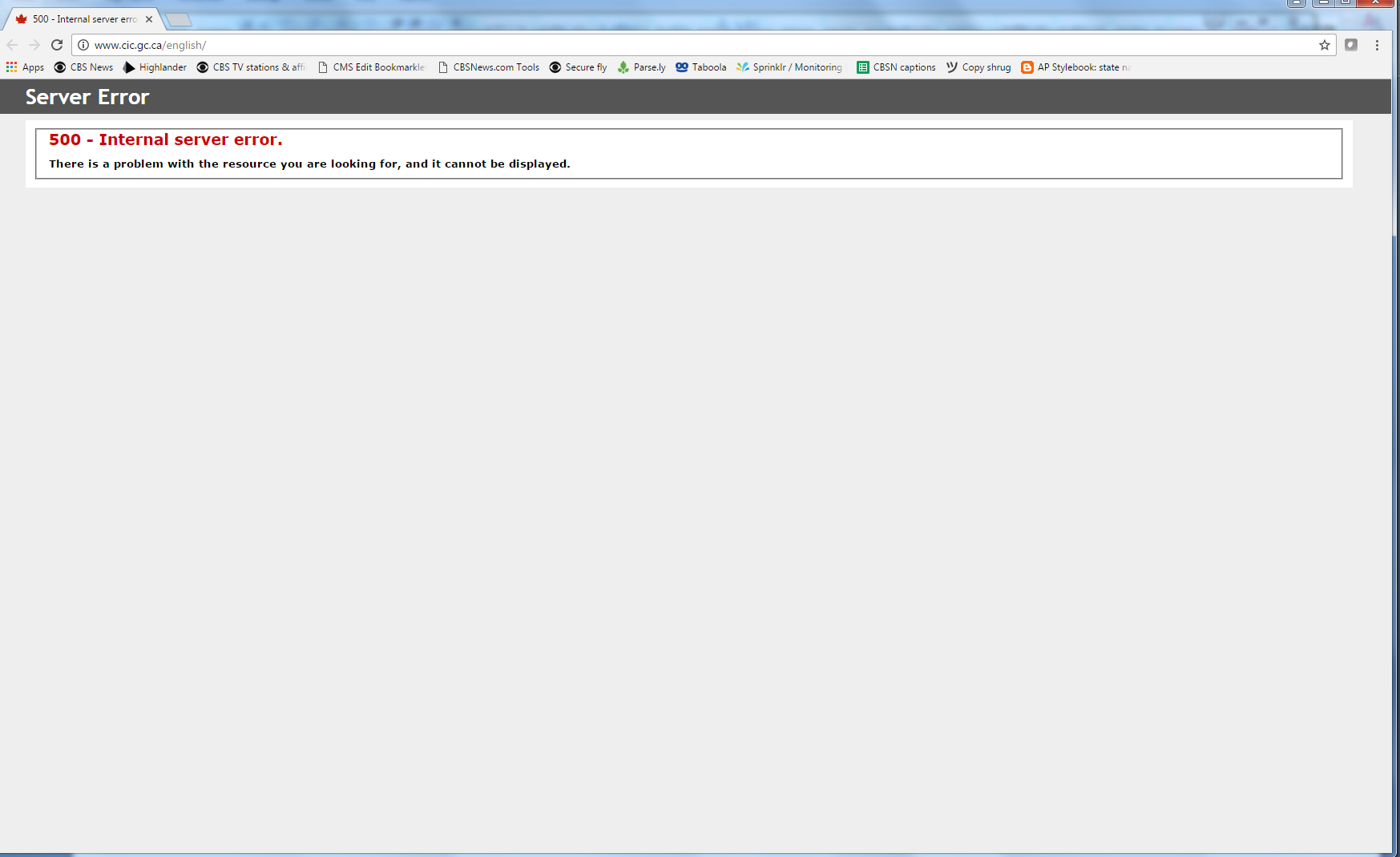 The website cic.gc.ca went to a 500 Internal Server Error throughout the night Tuesday and into the early hours on Wednesday.

There was no answer at the Canadian Immigration Services headquarters late Tuesday, so it’s unknown if the website’s outage is related to nerves from Americans on either side of the political divide.

What’s more, the Twitter handle @Canada seemed to be inviting Americans in with this tweet at 9 p.m. EST.

According to Google trends, interest in the phrase “Canada immigration” started spiking at 11 p.m.