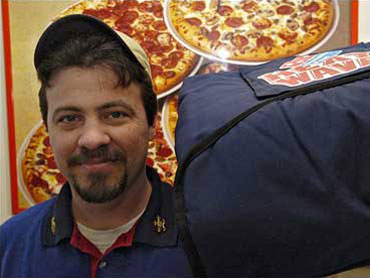 The next time you order pizza from Domino's, you may notice something a little different.

"For 50 years we've been known for our great delivery. With this new pizza, we're going to be known for great delivery and having the best tasting pizza," Domino's president Patrick Doyle boasted.

Coca-cola infamously changed its recipe in 1985 - they called it New Coke. Consumers called it awful.

The difference for Domino's - a consumer survey ranks Domino's number one overall, but dead last when it comes to how the pizza tastes.

Watch Below to see how customers feel about the new Domino's taste: