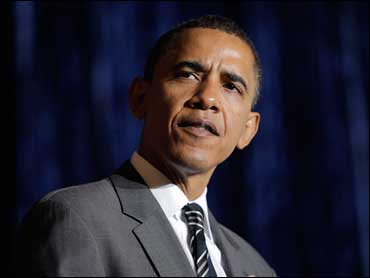 This column was written by Charles Wohlforth.

Vic Fischer's history as a Democrat in Alaska reaches back to before Alaskans could vote for president, when he was a delegate to the state's Constitutional Convention in 1955 and 1956. It's been a hard slog since then. In 1964, Alaska went for Lyndon Johnson, who won all but six states. That's it in 49 years of statehood.

But on July 8th, Fischer attended the opening of Barack Obama's office in Anchorage, the first such Democratic presidential campaign office anyone can remember, where he found himself surrounded by some 400 people, more than could fit in the building. An Alaska Public Radio Network reporter asked Fischer for his reaction, and for a moment he stammered, uncharacteristically inarticulate, until he simply said, "It's a miracle."

As a lifelong Alaskan Democrat myself and veteran of countless lost causes dating back to fourth grade, when I was the only child in my class to support McGovern over Nixon, I knew how he felt. We've seen victories in local and state politics -- I myself served two terms representing Anchorage's most liberal district on the Municipal Assembly -- but we never, ever hoped to win Alaska's electoral votes for a Democratic presidential candidate.

We're so used to losing at the top of the ticket that we think about the presidential nominee mainly in the context of how Republicans can use him to shoot down our state candidates -- as they did to torpedo former Governor Tony Knowles's run for the U.S. Senate in 2004, with an ad that showed his head floating next to John Kerry's. As Knowles said, "Hanging the national Democratic label on somebody was worth 4 or 5 points right there."

So, how could it be that a Democratic presidential candidate was opening field offices all over our state, hiring a staff similar in size to the largest in-state campaigns, and going on the air with TV commercials in June? Obama's even thinking about visiting up here. No major party presidential nominee has come to Alaska since, er, Nixon in 1960.

The explanation for the Obama campaign's effort is both simple and astonishing: Strategists think he actually has a chance to win here. Independent state polling by Rasmussen Reports has consistently shown Obama within ten points of John McCain, and last month he came as close as four points, thanks to a big advantage with independent voters. Obama chief of staff Jim Messina said the campaign is putting a similar level of effort into Montana and North Dakota, two other three-electoral-vote states, because it wants to use a different math than normal to get to 270. With touching sincerity, some Democrats I know truly believe Obama will pull it off in Alaska.

Do I believe it? I'd like to, but in high school I thought Jimmy Carter was a pretty good president while Alaskans were burning in effigy of him in Fairbanks for his conservation policies. Obama's communitarian values also seem too far out of sync with Alaska's independent, self-reliant voters (unless he starts offering free government money to everyone, which always seems to work here). And in the last presidential election, our guy lost by 27.

The poor showing of Democrats at the top of the ticket owes in large part to the state's paradoxically hostile-yet-dependent relationship with the federal government, which makes presidents look like local politicians. Alaskans have typically based their votes not on national issues, but on opening the Arctic National Wildlife Refuge to oil drilling, keeping gun ownership unrestricted, and spending for the military, which has an enormous presence here.

Still, this election seems different. For one, party Republicans apparently detest John McCain. He opposes drilling in ANWR, and when he attacks Congressional earmarks, he's attacking a staple of the Alaskan economy. In addition, while McCain still would seem to hold the upper hand on gun rights and defense spending with mainstream Alaskan conservatives, that doesn't matter so much this year.

Why? Because a single issue has left Alaska's Republican establishment in ruins and has upended the state's usual voting patterns: corruption. Intense federal investigations continue into the oil industry's bribery of legislators in return for holding down their taxes. Half a dozen convictions are already in the bag, and the political cost has been huge. The popular Republican governor, Sarah Palin, won as a reformer and party outsider in 2006 by beating incumbent Frank Murkowski, one of the GOPs old lions, in a primary blow-out (she beat the Democratic candidate, Knowles, by 8 points); enough Democrats won State Senate seats that year to join the leadership in a coalition; and this spring, liberals -- including an African American woman who beat a four-term God-and-guns Republican Assembly chairman -- swept local elections in Anchorage.

Democrats, even national ones, look a whole lot better in this light -- and Obama has already benefitted. The first sign that he had tapped into something fundamental here was the Super Tuesday caucuses. I've caucused before. It's been an irrelevant and slightly absurd affair. One year, too few people from my district showed up to fill our party officer positions. In 1988, Alaska's Democratic caucuses chose Jesse Jackson while the Republicans picked Pat Robertson.

This year, I couldn't get to the caucus site because the entire east side of Anchorage was suffering from massive gridlock. People abandoned their cars in below-zero darkness and walked miles to the site. Organizers at voter registration desks finally gave up and began waving people in. Similar stories -- such as a fire marshal who closed down an overcrowded caucus in the conservative Mat-Su area -- came in from 41 locations across the state, including sites where Democrats from tiny Alaska Native villages attended by telephone or Internet. The turnout was at least 12 times higher than the previous record.

In Barrow, at Alaska's northern tip, Rex Okakok caucused for the first time. A retired harpooner for the Akootchook Crew of traditional Iñupiat whale hunters, Okakok went on to be elected a delegate to the national convention, where he plans to lobby for oil drilling in ANWR, which he hopes will pay for better village schools, and against offshore drilling, which threatens the marine mammals his people subsist upon.

Presidential politics are somewhat different in Iñupiat culture, because a tradition of respect and conflict avoidance discourages direct criticism of the president. I once got disapproving glances in Barrow for making a disparaging remark about Warren G. Harding. Okakok would only say that the Democrats in Barrow want a different voice and a new direction.

"A lot of the younger people who are not really affiliated with any party are signing up and wanting to get involved with Obama," Okakok said. "Obama has a really good chance of taking it."

In the past, Alaska Democrats got involved in presidential races for one of two reasons: to help nationally, or because we expected a Democratic win and hoped for a job or influence in the new administration. Not this year. The Democrats now flooding the caucuses and Obama offices have an entirely different attitude. They're diverse -- over 50 percent of Anchorage's population is now ethnic and racial minorities -- they're young, and they're idealistic.

By good fortune, Democrats had been spreading seeds in advance of this unexpected spring. National Democratic Party chair Howard Dean's 50-state strategy already had more than doubled the party's staff in Alaska, from 1.5 to 4. (I didn't even know about the 1; I thought all we had was a part-time 0.5.) Without the new staff paid for by the national party, the state party couldn't have organized the phenomenal caucuses. Behind the scenes, they've done even more, recruiting and training candidates, releasing negative messages so candidates don't have to, and coordinating the state's Democrats into an efficient campaigning machine. A worker for the big Mark Begich U.S. Senate campaign said we should be getting credit for stimulating the economy: Between Obama, Begich, two major U.S. House candidates, and the legislative campaigns, we're hiring more people than some Alaskan industries.

Anyway, I'm enjoying it while it lasts. My friends and colleagues talk of a new political order in Alaska, with Democrats emerging as the party of power. My hopes are not so audacious. Only 20 percent of Alaskans are registered Democrats. Thirty-two percent are Republicans and 48 percent Independent. After suffering through years in which our party sometimes fielded candidates who appeared to be mentally deranged for federal offices--our 2002 U.S. Senate nominee believed that a criminal conspiracy had him under constant surveillance--I'm happy just to be competitive.
By Charles Wohlforth
If you like this article, go to www.tnr.com, which breaks down today's top stories and offers nearly 100 years of news, opinion and analysis