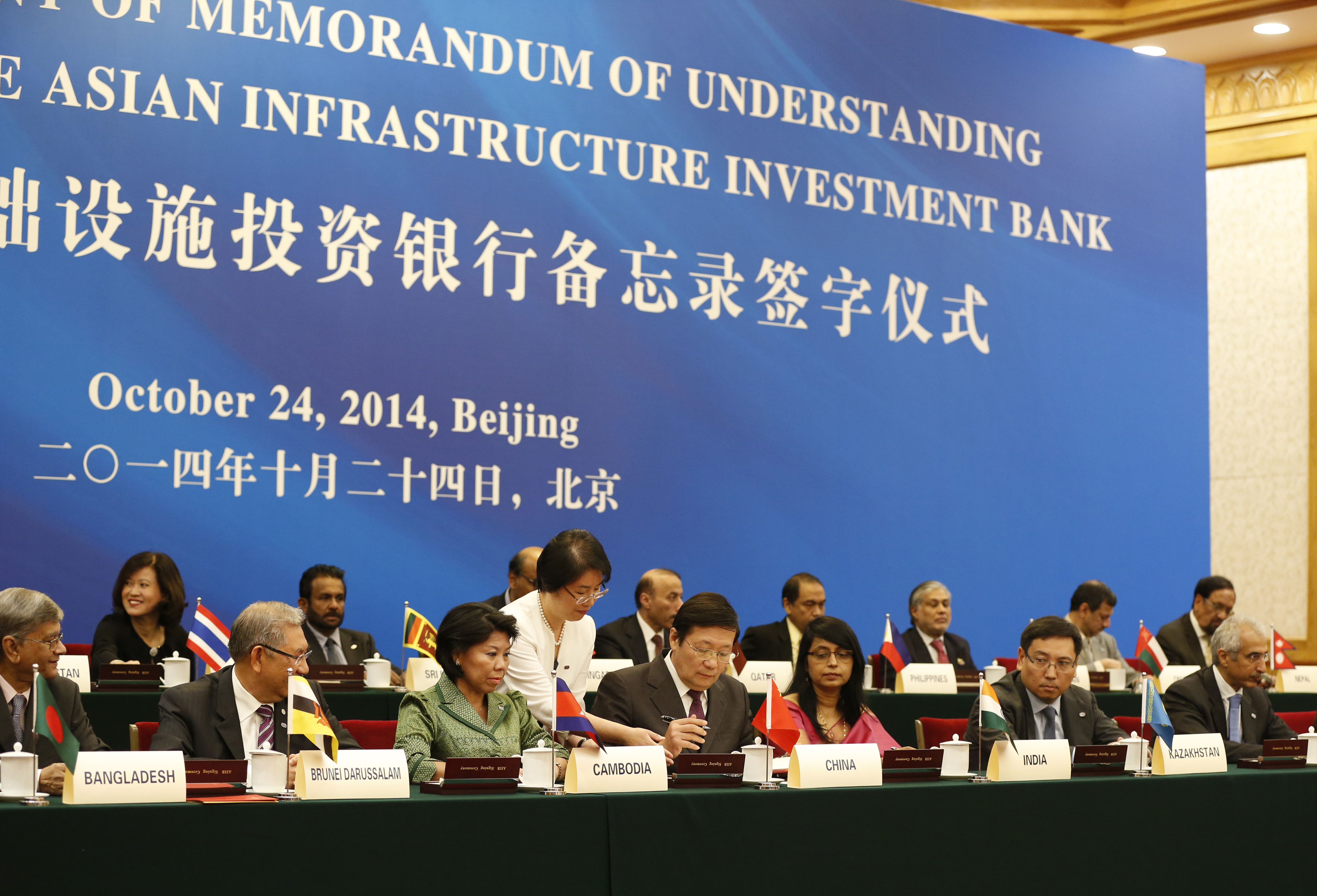 The Chinese-led Asian Infrastructure Investment Bank is signing countries up, challenging institutions like the World Bank and International Monetary Fund (IMF) and threatening U.S. economic dominance in the process.

The Chinese launched the bank in October 2014, and despite U.S. attempts to keep its allies away, several have applied to join the bank. Britain, Germany, France, Italy, Austria, and now Australia - which originally said it wouldn't join - have signed on. Earlier this week, Iran signed on as a founding member.

"This is a harbinger of additional steps the Chinese are going to be taking over time to challenge American predominance in the global economic order," said CBS News Senior National Security Analyst Juan Zarate. "What it is really is the challenge to the predominance to the World Bank, which is dominated by the U.S., and the Asia Development Bank, which is dominated by the U.S. and Japan. And the U.S. has made a big deal in opposing any membership in this bank, I think to a fault."

Like the World Bank and Asia Development Bank, the new Asia Infrastructure Investment Bank would provide funding, credit and financing for developing projects around the world. Financing like this is especially popular for infrastructure projects in the third world, and China is already heavily invested in Africa, Latin America, the Caribbean and Central Asia..

But beyond directly shaping economic development, Zarate is concerned the bank could influence the economic systems of other emerging growth countries.

"The rules of the game are important," Zarate said. "Is that healthy for the global economy, especially if it's led by China, which is a state authoritarian capitalist system?" That would be problematic for the U.S., he said, which prefers an open capitalist system driven by market principles.

He said that Iran's membership, which follows on commitments from several U.S. European allies over America's objections, "is a demonstration that the Chinese know how to use this as a way of influence." The Chinese will be able to reduce the pressure of Iran's financial isolation and legitimize some of their activities on the international stage.

So what should the U.S. do? Zarate said the first step is to tone down the rhetoric.

"We've been confrontational with our allies to a certain extent, being very displeased with the Brits and others for joining. I think we need to tone it down; we need to move toward a rule-based approach to say that this bank has to adhere to certain principles and rules," he said.

The U.S. resistance to the Asia Infrastructure Investment Bank could also be problematic as the U.S. navigates the question of whether the Chinese currency, the Yuan (also called the Renminbi) should be recognized by the IMF and pegged to its reserves.

"That's a really important moment, and the question for the U.S. is how do you manage that when the U.S. can reject it but countries like the UK, Germany, Italy, France want the Yuan, the Renminbi, to graduate to that level," he said. "So these challenges are happening around the world and in different places and I think the U.S. has to modulate how it deals with China while also preserving its power."