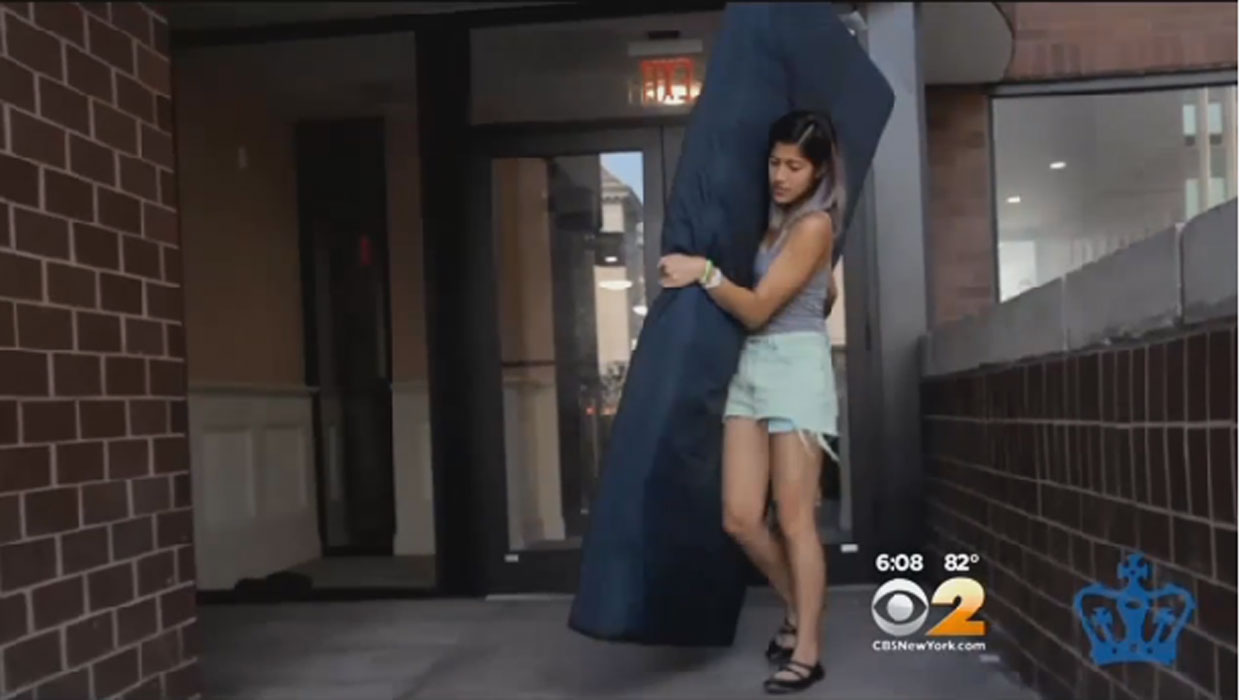 Congress is grappling with how to combat sexual assault on college and university campuses, and held a Senate hearing Tuesday on the Campus Accountability and Safety Act (CASA). The focus: the relationship between local police departments and school authorities, amid a rising tide of statistics indicating sexual violence on campuses is growing.

Sen. Sheldon Whitehouse (D-R.I.), chairman of the Subcommittee on Crime and Terrorism, said campus sexual assault rates increased 50% from 2009 to 2012.

Senator Claire McCaskill (D-MO), a co-sponsor of CASA, called for a two-pronged solution: civil protections for victims, and prosecutions by the criminal justice system.

This year the Obama administration has tried to pressure universities to give victims better support. A White House task force issued recommendations under the heading Not Alone.

A spokesman for the U.S. Department of Education (DOE) recently provided CBS News with a list of 90 colleges and universities that, as of Nov. 26, 2014, have open sexual violence investigations under Title IX, the federal civil rights statute that prohibits sex-based discrimination including via harassment or violence. Although Columbia University in New York City is not on the list, it became a focus of media attention after undergraduate Emma Sulkowicz launched a protest called Carry that Weight. Sulkowicz has pledged to carry a mattress with her everywhere she goes on campus until the man she says sexually assaulted her is no longer at the school.

In August, Columbia responded with a new "Gender-Based Misconduct Policy." A school spokesperson says the policy makes Columbia the national leader in addressing gender-based misconduct in higher education, alth0ugh some activists say it doesn't go far enough. Among the main features: an increase in the number of full-time employees for the school's Rape Crisis/Anti-Violence Support Center from 3 staffers to 9, plus the addition of a second such center to expand reach; round-the-clock access via telephone to professionally trained staff and peer advocates; and mandatory training of freshmen about issues of consent and bystander response .

The process by which the Department of Education's Office of Civil Rights (OCR) handles complaints stemming from sexual assault cases on college campuses is long and specific. First, the OCR decides whether to open an investigation at all. If does so, it then interviews the parties involved in a given case, reviews documentary evidence, and begins making site visits. If a school is found in violation of Title IX, it is given a chance to negotiate a so-called voluntary resolution agreement. Ultimately, if a school resists all recommended remedies, the Department of Education has the authority to terminate all of its federal funding.

"The most important aspect of the DOE complaint isn't the potential for financial punishment, but is really the media microscope the filing puts the school under," says one former university student who spoke on condition of anonymity because she is a named complainant in a current federal filing. She went on to say that the complaint shines a harsh spotlight that can tarnish a school's brand, and that can provide a strong incentive to enact policies that are rooted in prevention and support for victims of sexual violence.

CBS News asked Liz Roberts, Program Director for Safe Horizon -- a U.S. agency serving victims of domestic violence, sexual assault and rape -- what changes she wanted to see for victims on college campuses. She said most important is that victims want to be believed when they come forward. Roberts said a feeling of powerlessness is a huge part of the experience of being a victim of sexual violence, and so what's needed most are policies that let survivors decide how to proceed. Schools should not tell the accusers what to do, Roberts said, but instead give them the tools to make informed decisions. "Having policies....that place victims' safety at the center" is Roberts' paramount concern.

Last week, New York Governor Andrew Cuomo announced that the State University of New York (SUNY) has adopted a uniform sexual assault prevention and response policy for its campuses, one of the first states to do so, according to a release obtained by CBS News. It says the policy provides for a singular definition of consent, statewide training of campus police and administrators, and a confidentiality and reporting protocol.

The proposed federal legislation weighed by the Senate this week, and co-sponsored by Sen. Kirsten Gillibrand (D-NY), aims to create incentives for schools to protect their students by establishing training standards for campus personnel, developing an annual nationwide survey about students' experience with sexual violence, and increasing fines for violations -- i.e., each violation of the federal Clery Act, which requires public disclosure of crime statistics by colleges, would carry a penalty up to $150,000, versus the current $35,000.

Horizon director Roberts, who is also the agency's deputy CEO, shares the belief that the focus of policies regarding sexual assault on college campuses should be less about punishing a school, and more about ensuring the safety of every student. She says that in the government's effort to address the problem, what is often lost is the survivor's voice.

This piece was contributed by Eboni Williams, a CBS News correspondent and legal analyst.