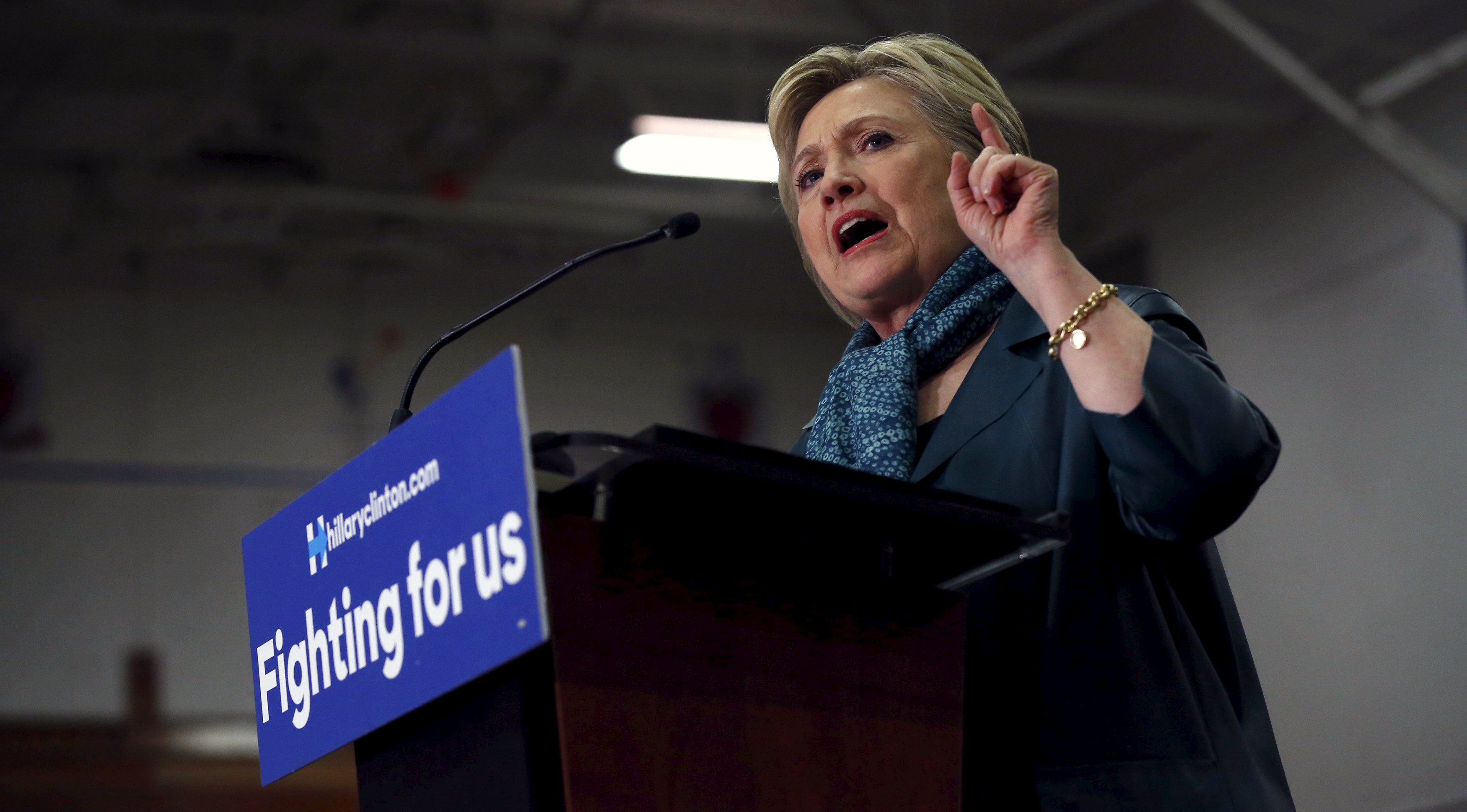 SEATTLE -- Speaking at a rally here Tuesday night as the returns came in, Hillary Clinton said she was "very proud" to have won the Democratic primary in Arizona.

"Arizona, like Washington, like a lot of the states that are going to be expressing their views and counting their votes in the weeks ahead, understands that this is not just a contest between different candidates," she said, speaking to a crowd of hundreds gathered in the gymnasium of Rainier Beach High School. "This is a contest between fundamentally different views of our country, our values, and our future."

Echoing what she said earlier in the day in interviews and at campaign events, Clinton said the terror attacks earlier Tuesday in Brussels illustrate "how high the stakes are" in the election this year.

"We live in a complex and dangerous world and we need a commander in chief who can provide leadership that is strong, smart and, above all, steady," she said.

Clinton barely mentioned her opponent in the race for the nomination, Bernie Sanders, said Republican candidates Donald Trump and Ted Cruz have made the "job" of keeping Americans safe "harder in the last few days."

"Ted Cruz, who said we need to be policing everywhere that Muslims live," she said, to boos from the crowd, "That's not only offensive, that, too, is dangerous."

Clinton laid out her plan to defeat the Islamic State of Iraq and Syria (ISIS), which has claimed responsibility for the attacks in Brussels, if she is elected.

"And your hard work, your commitment, your optimism about what we could do together is what I am counting on," she said.

Clinton named specific volunteers who have helped her campaign in Washington, which holds its Democratic caucuses Saturday. Sanders rallied more than 10,000 of his supporters in Seattle Sunday, and some of Clinton's supporters expressed confidence here Wednesday that he could beat Clinton handily.

"My whole neighborhood is Bernie," said Julie Wright, a 53-year-old educator who lives in Olympia, "and that's why I got this sign." She held up a blue Clinton campaign sign.

"I want my neighbors to know that Hillary's running as well," she said, adding that she is planning to volunteer on Clinton's behalf on Friday.

"Our volunteers prove each and every day why I believe what I am doing," she said, in closing, "and why I know together we can make the differences I am talking about."