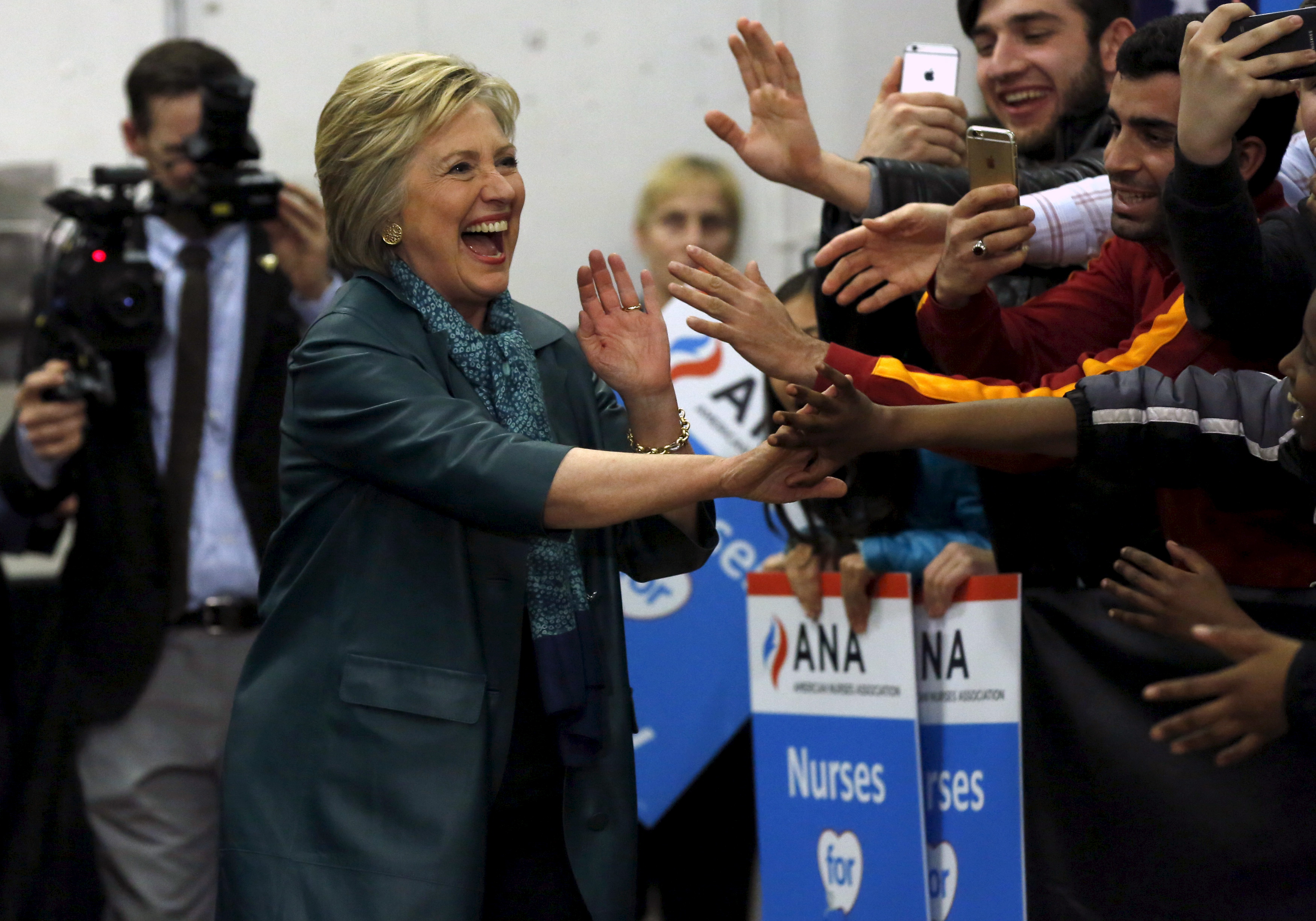 Bernie Sanders is the winner of the Idaho caucuses. With 99 percent of precincts in Idaho reporting, Sanders has 78 percent of the vote, while Hillary Clinton has 21 percent.

Bernie Sanders addressed a rally with nearly 15,000 people present in San Diego, California on Tuesday night. About 30 minutes into his nearly hour-long speech, Sanders said, "We will crush ISIS." He used more aggressive language regarding ISIS than he did earlier in the day in the wake of the Brussels attacks. At the same time, Sanders also went on to talk about his opposition to perpetual war.

With 14 percent of precincts reporting out of Utah, Sanders has 75 percent of the vote while Clinton wins 24 percent.

There are no precincts reporting out of Idaho yet.

"What we saw today happen in Brussels reminds us how high stakes are," Clinton continued. "In the face of terror, America doesn't panic. We don't build walls or turn our backs on allies... What Trump and Cruz are suggesting is not only wrong, it's dangerous."

Polls have closed in Arizona.

CBS affiliate KPHO in Arizona is reporting large turnout at the polls:

KUTV in Utah similarly says there are reports of large turnout:

Democratic voters in Arizona, Utah and Idaho on Tuesday choose between Hillary Clinton and Bernie Sanders for the Democratic presidential nomination.

Sanders could do well in Utah and Idaho, given that Democrats in both states allow independent voters to participate. Additionally, the senator tends to do particularly well in caucuses (as compared to primaries). However, Clinton has done well in large states like Arizona.

CBS News' Jackie Alemany spoke with a handful of voters at a polling place in Scottsdale, Arizona, where most voters were in line to support GOP front-runner Donald Trump. Democrat Hillary Kaminsky said she is supporting Clinton because "she has the experience and can get it done." Rebecca Morris, a 23-year-old law student, said she and other young voters support Sanders because they are looking for "real change" when it comes to issues like diminished wages.

Ultimately, the delegate tally from Tuesday could be a wash: Utah has 33 delegates and Idaho has 23, while Arizona has 75 delegates up for grabs. Additionally, the delegates in the Democratic primary are awarded proportionally, rather than on a winner-take-all basis like some GOP contests.

Going into Tuesday, Clinton had amassed 1,580 delegates while Sanders had accumulated 819. A candidate needs 2,383 delegates to win the Democratic nomination.

Tuesday's contests come a week after a major day for Clinton: She had clean sweep of all five states voting last Tuesday (Ohio, Florida, Illinois, North Carolina, Missouri) and widened her delegate lead over Sanders to a point some (including Clinton's campaign) have called insurmountable.

It remains to be seen whether voters in Arizona, Utah or Idaho will put more weight on national security concerns, given the bombings that occurred Tuesday morning in Brussels, Belgium.

Hillary Clinton told "CBS This Morning" that the attack is a "continuing reminder of how sophisticated the terrorists are," while reiterating her call for closer coordination between the U.S. and its counter-terrorism allies. Sanders said in a statement that the attacks were "another cowardly attempt to terrorize innocent civilians."