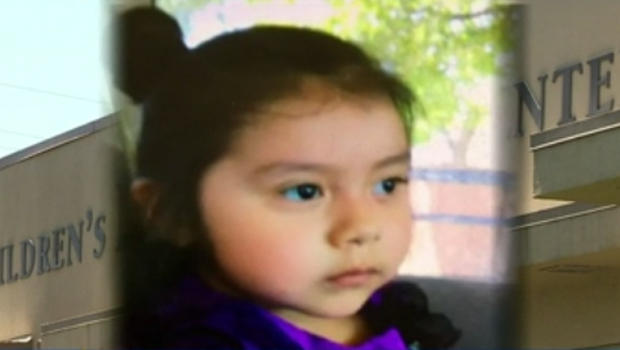 A toddler died after a procedure at a children's dental surgery center in Northern California earlier this week, her family said.

Photos taken by her mother showed 3-year-old Daleyza Avila-Hernandez playing in the waiting room with her siblings at the dental center, CBS Sacramento station KOVR-TV reports. Moments later, the little girl went in for a dental procedure.

"When I was in the waiting room, I saw the ambulance," Araceli Avila said. "I stood up to see, and I thought to myself, they are here for a child, but never thought it was my child."

Avila said her daughter was there to get her teeth fixed, but 30 minutes later she was rushed to the hospital, where she later died.

Through tears, Avila said, "The nurse said my daughter's heart stopped, but she was stable and not to worry and told me my daughter has heart problems that maybe I didn't know of, but that's not true. My daughter was very healthy."

The dental center specializes in treatments under general anesthesia. Administrators couldn't confirm if that was part of the little girl's procedure but did tell KOVR-TV both a dentist and anesthesiologist, along with a nurse and two assistants, are present in the rooms during a procedure.

David Thompson with the Children's Dental Surgery Center in Stockton said, "The risks are different, the process is different, our emergency response is different, and we have drills to handle certain types of emergencies."

Avila -- who only speaks Spanish -- said she was required to read a long form prior to the procedure and said it was in Spanish. The nurse who helped her also spoke Spanish. As the Stockton Police Department and the Dental Board of California investigate Daleyza's death, her mother said she just can't understand how a trip to a dental center could take her daughter's life.

"I hope what has happened to me doesn't happen to another mother," Avila said.

The results of an autopsy are expected to be ready in the next few weeks. The little girl will be laid to rest next week.