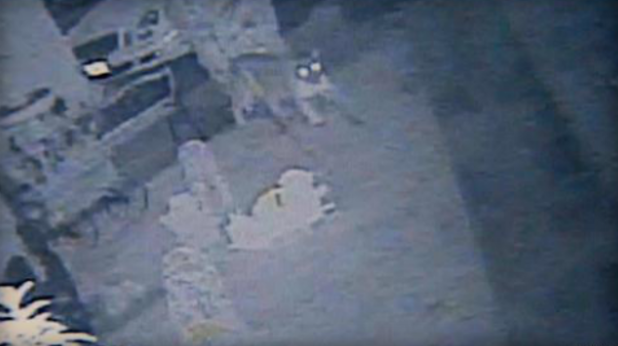 The sightings were reported in a residential neighborhood.

The Tomasian family said their pet boxer has been missing since Jan. 4, which is when their security camera captured a mountain lion roaming through the backyard shortly after 3 a.m.

Their neighbors, the Barsegyan family, say at 2 a.m. Tuesday they spotted a mountain lion — presumably the same one — run off with their chihuahua mix “Duke” after hearing the dog wailing outside.

“The dog was obviously being dragged and hurt. It was being attacked,” Abe Barsegyan said. “He was being dragged away in the backyard while the mountain lion had it in his mouth and jumped over the gate, and we’re talking about 15-foot walls.”

“After hearing what happened to our neighbor, and just 10 days after having it happen here right next door, it’s pretty scary,” Barsegyan said.

Many residents say mountain lions have terrorized their hillside community in the last year.

The California Department of Fish and Game advises residents to take the following precautions: