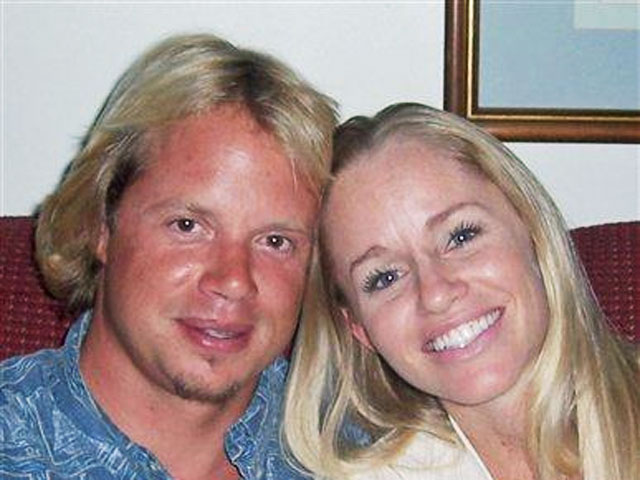 LONG BEACH, Calif. (CBS/AP) Long Beach police officers shot and killed a man Sunday when they apparently mistook a pistol-grip water nozzle he was holding, for a gun.

Now family members of the man, 35-year-old Douglas Zerby, are lashing out at the police, saying they made no attempt to contact him before opening fire.

Zerby was gunned down at an apartment building Sunday after two people reported a man with a gun sitting on a backyard porch landing, according to authorities.

Long Beach Police Chief Jim McDonnell said officers took positions to observe Zerby, who appeared intoxicated, and believed he had a "tiny six-shooter" as described by a male caller.

Zerby reportedly pointed the black metal-tipped nozzle at one of the officers, and two officers fired a handgun and a shotgun. A total of eight shots were fired - six from a handgun and two from shot guns, said McDonnell.

"They didn't say 'Put your hands up' or 'Freeze' or anything," Zerby's sister, Eden Marie Biele told The Associated Press Monday. "He was killed in cold blood."

"As the subject was in a seated position, he used a two-handed pistol-grip hold on an object with his arms fully extended," McDonnell said. "Somebody that is impaired and waving what appears to witnesses and police to be a handgun. That's what the officers were faced with."

Both officers involved in the shooting were put on administrative leave.

Zerby's sister said police made the family wait seven hours before confirming that her brother was the man who had been killed, and said that her family is considering legal action.