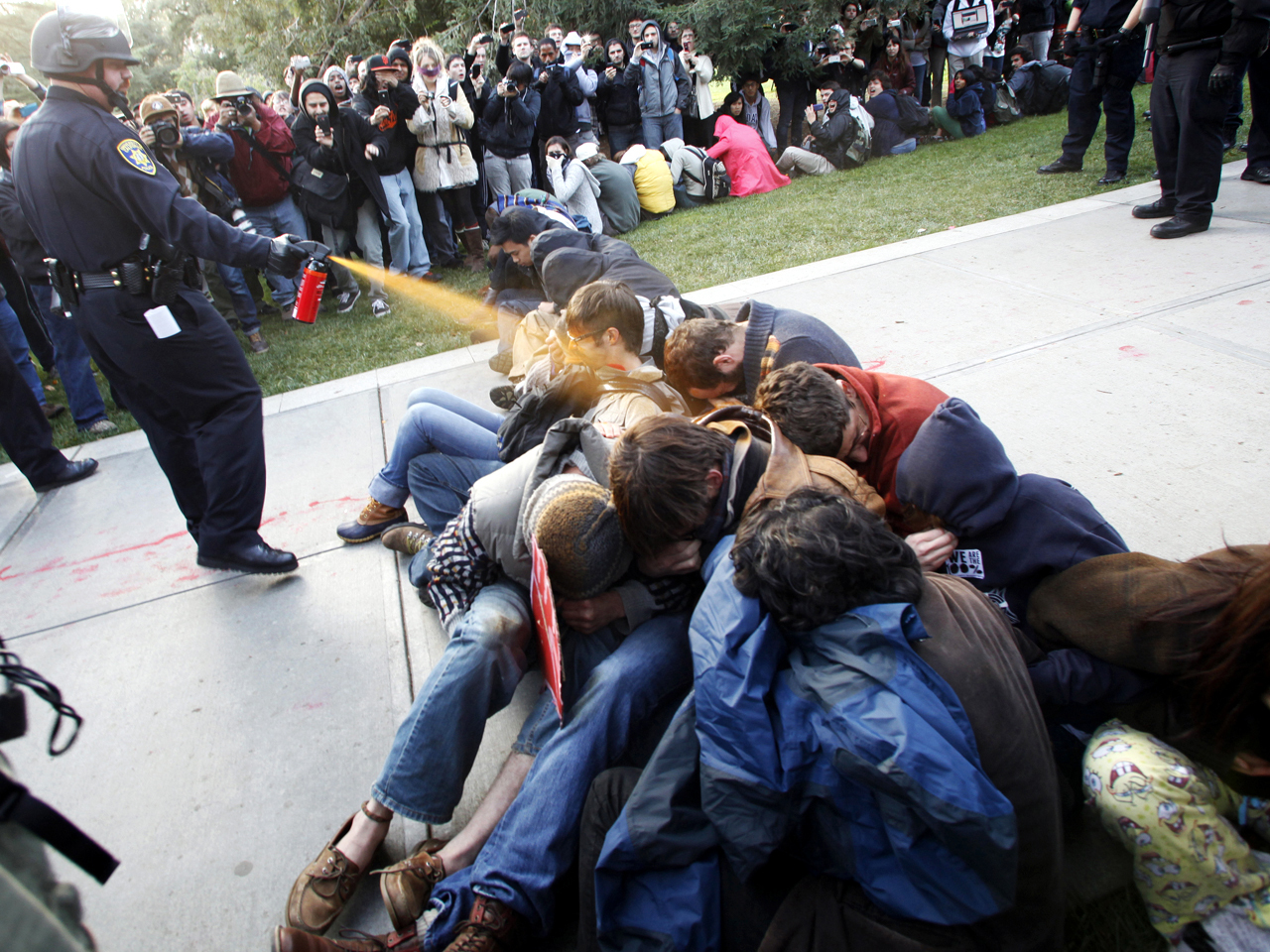 The Davis Enterprise reports that a judge on Oct. 16 approved the $38,000 settlement between John Pike and the University of California.

The 40-year-old former officer said he suffered depression and anxiety after death threats were sent to him and his family over the event.

On November 18, 2011, the officer dispassionately pepper-sprayed a line of several nonviolent protesters sitting on the ground at the university, who flinched and covered their faces but remained passive with their arms interlocked, as onlookers shrieked and screamed out for the officer to stop.

Pike was fired in July 2012 after eight months of paid administrative leave.

Hackers posted Pike's address and other personal information online. He received scores of threats, in addition to mocking posts online incorporating images of him spraying famous figures in history and art.

A judge ultimately ruled against releasing the names of other officers at the scene.

In September 2012 the university settled a lawsuit with 21 demonstrators for $1 million.