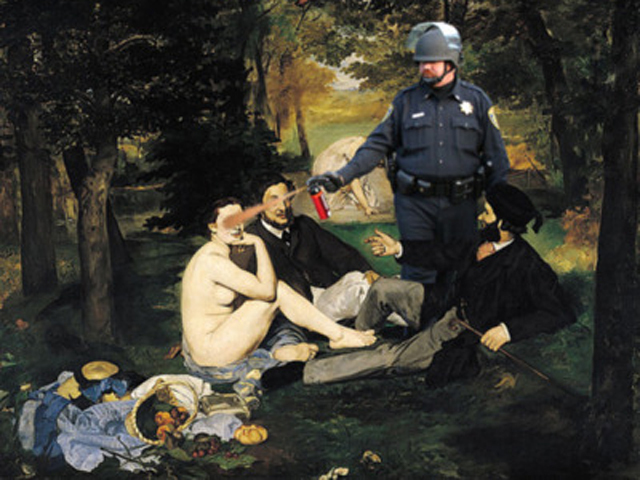 Lt. John Pike, the policeman filmed pepper spraying Occupy UC Davis protestors on campus on Nov. 18, is getting his 15 minutes of fame - and then some - as the Internet fills up with memes of the officer in action.

Here's a video of Pike using pepper spray on a group of seated students.

Pike has since been suspended from duty. For the officer, this is undoubtedly not the sort of publicity he craved. Still, for someone who emerged from similar obscurity to grab the public limelight, this is a remarkable milepost in the history of Internet memes. By Monday afternoon, a search of Pike's name turned up 4,290,000 mentions on Google.