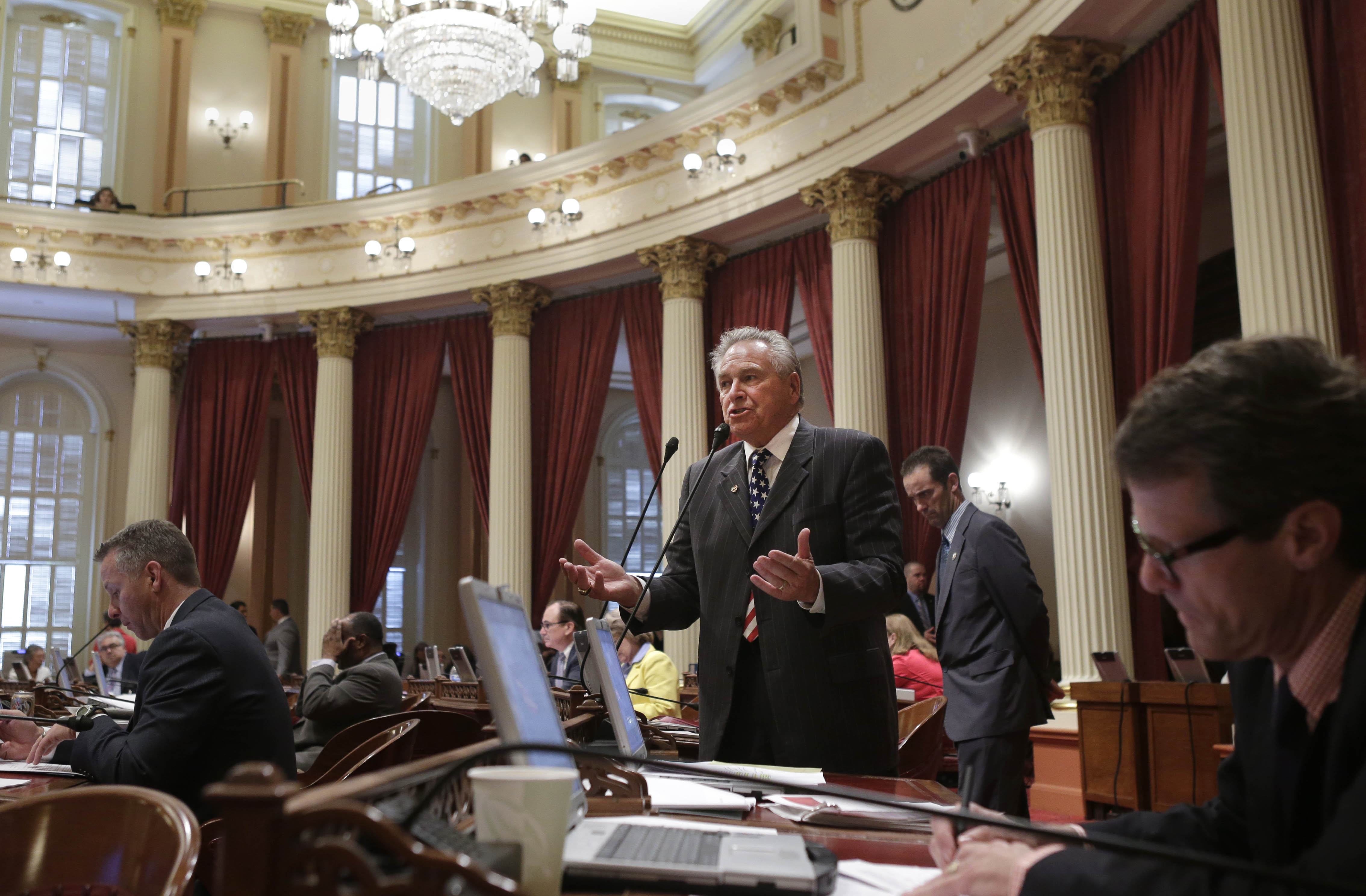 SACRAMENTO, Calif. California lawmakers approved a bill Wednesday that would require public K-12 schools to let transgender students choose which restrooms they use and which school teams they join based on their gender identity instead of their chromosomes.

Some school districts around the country have implemented similar policies, but the bill's author says AB1266 would mark the first time a state has mandated such treatment by statute.

Existing state law already prohibits California schools from discriminating against students based on their gender identity, but the legislation that passed the state Senate on Wednesday spells that out in more detail, said Carlos Alcala, a spokesman for the bill's author, Democratic Assemblyman Tom Ammiano of San Francisco.

At least one other state education department, in Massachusetts, has a policy granting the same protections.

The issue has become a battle in some local school districts around the country. For instance, a Colorado family filed a complaint with the state's civil rights office in March, claiming that their local school had violated the state's nondiscrimination laws. The family had been told that their first-grader, who was born a boy, could not use the girl's bathroom and would have to use the restroom in the nurse's office or the teachers' lounge.

California's bill would give students the right "to participate in sex-segregated programs, activities and facilities" based on their self-perception, regardless of their birth gender.

It sparked an impassioned debate on the Senate floor about when transgender students' right to expression might conflict with other students' discomfort and right to privacy.

Supporters said the bill is needed to protect students from bullying and other abuse. They also said it represents the next front in their effort to provide equal rights for lesbian, gay, bisexual and transgender individuals, just days after same-sex marriages resumed in California.

"There should be certainty that every kid has the chance to go to school and be treated equally and fairly," said Sen. Mark Leno, D-San Francisco, who carried the bill in the Senate. "We know that these particular students suffer much abuse and bullying and denigration. We can't change that overnight, but what we can do is make sure that the rules are such that they get a fair shake."

Opponents said the state is going too far if it permits opposite-sex students to use restrooms and locker rooms.

"It is not all about discrimination. Elementary and secondary students of California — our most impressionable, our most vulnerable — now may be subjected to some very difficult situations," said Republican Sen. Jim Nielsen.

Parents, school administrators and school board members would have no say over students who identify themselves as transgender and enter shower rooms or bathrooms used by the opposite sex, Nielsen said, warning that the privilege could be abused by youthful sex offenders.

"Think about the millions of California parents and students who at the least would be extraordinarily uncomfortable with what this bill would impose upon them," Nielsen said.

Sen. Steve Knight, R-Palmdale, and Sen. Rod Wright, D-Inglewood, each said that male athletes who are mediocre in competition against their own gender could game the system by competing against female athletes.

"There are kids out there that are struggling, that are having difficult times," Knight said. "But there are also kids that are going to take advantage of the system."

Nielsen and Knight voted against the bill, while Wright was among eight members of both parties who did not vote. Wright also worried that schools could eliminate football and other contact sports if they faced increased liability by letting girls play.

The Senate passed the bill on a vote of 21-9. It previously passed the Assembly and now goes to the governor.

A spokesman for the Democratic governor could not immediately say if he would sign the bill.