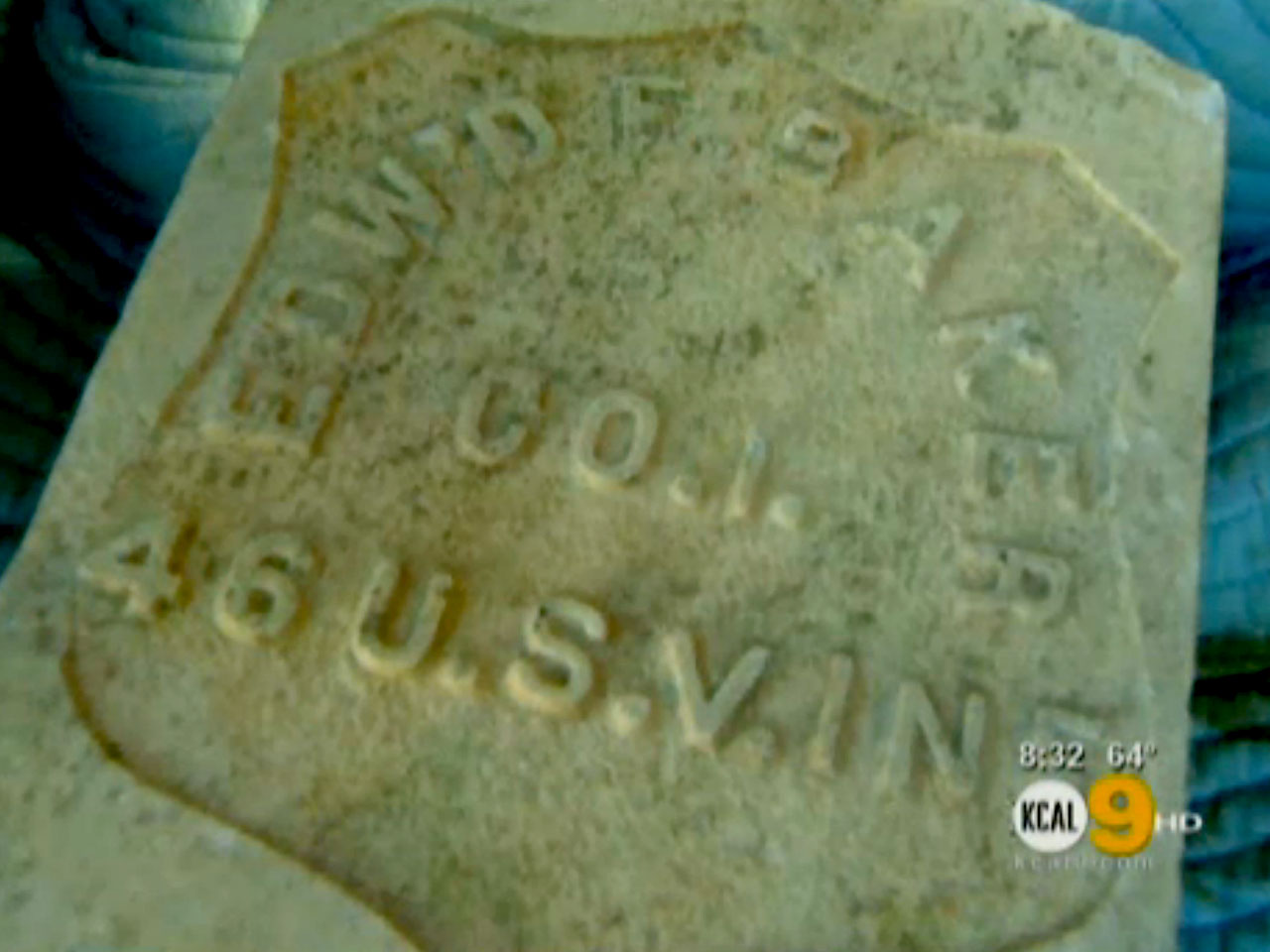 A tombstone honoring a Spanish-American war soldier remains separated from the ground where the man's body was buried because that cemetery has been converted into a dog park.

CBS Los Angeles reports that a decades-long controversy over a recreational park continued when Cindy Southerland of Carson City Nevada traveled miles to Ventura, Calif. To return a tombstone her husband found in a canyon in the mid-1960's.

The headstone honored Edward Baker, a veteran of the Spanish-American war who died at 44 in 1913.

He was buried at St. Mary's Cemetery, but that land was turned into a recreational space about five decades ago.

Today, dogs and pedestrians play above nearly 3,000 bodies that remain buried at the grave site.

"It's very important to me that the people who are buried here be remembered," Southerland told CBS affiliate KCAL-TV. "They should just totally be ignored and lost because then their history is lost."

Steve Schleder, and activist from the Restore St. Mary's Cemetery Foundation, was able to pinpoint exactly where Baker was buried by looking at cemetery records.

"This isn't a dog park. It's hollow ground," he said. "Our pioneers are buried here. They deserve a lot more than they're getting."

The Ventura City Council, however, says they plan on keeping the dog park.

"From the city's perspective, it's a park," Rick Raives, the public works director, told the station. "That's how it's being utilized right now."

Schleder said he is holding on to the tombstone at his home, along with several others, in hopes the city will one day change its mind.