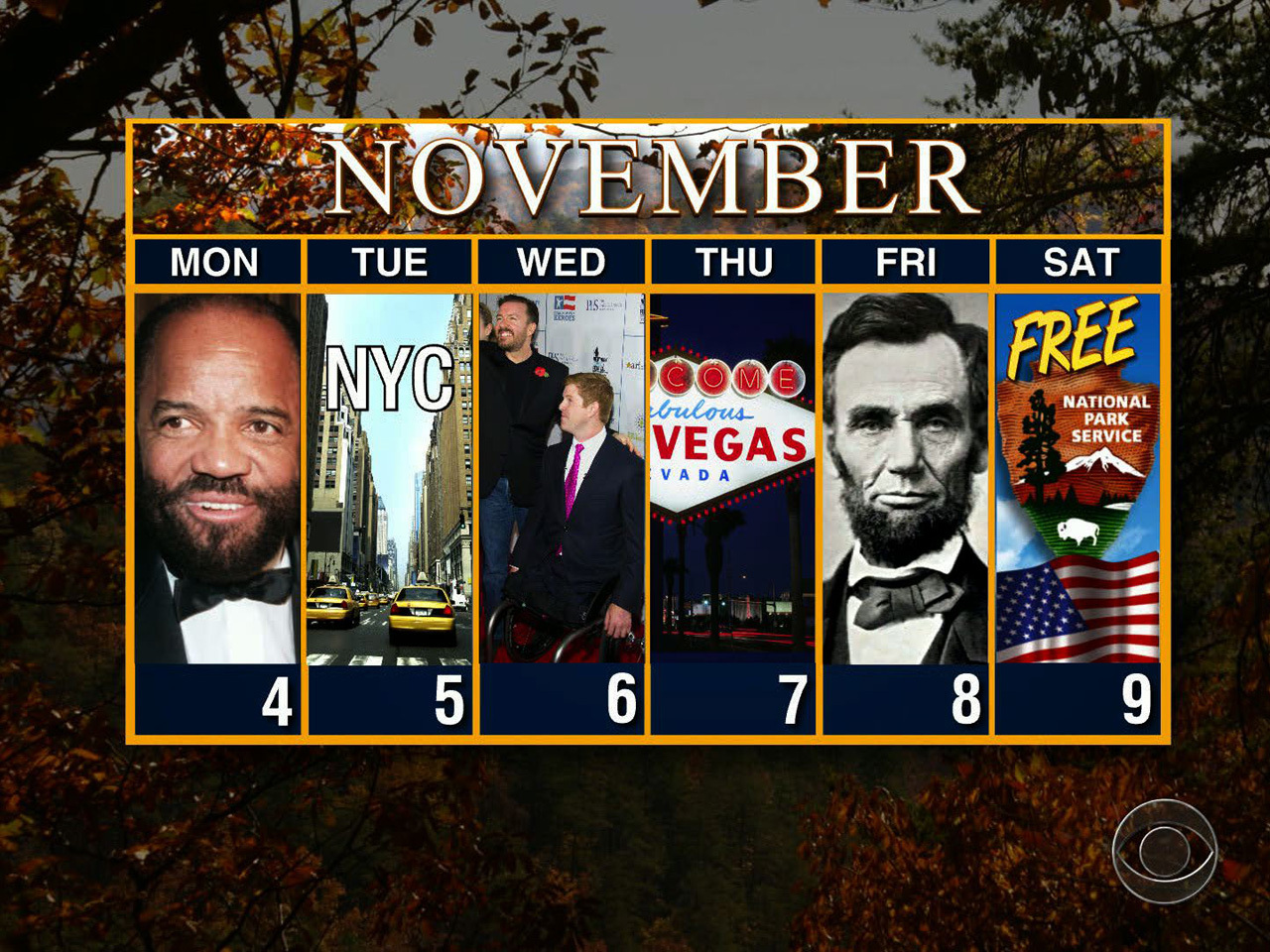 (CBS News) Here's a look at the week ahead on our "Sunday Morning" calendar:

Tuesday is an off-year Election Day in some parts of the country, with closely-watched races for governor in Virginia and New Jersey, and for mayor of New York City.

On Wednesday, the New York Comedy Festival opens with the 7th Annual Stand-Up for Heroes comedy and musical benefit for injured service members and their families at Madison Square Garden.

On Friday, a handwritten copy of the Gettysburg Address, believed to be Abraham Lincoln's first draft, goes on display at the Library of Congress.

And Saturday marks the beginning of three days of free admission to our national parks in honor of Veterans Day Weekend.