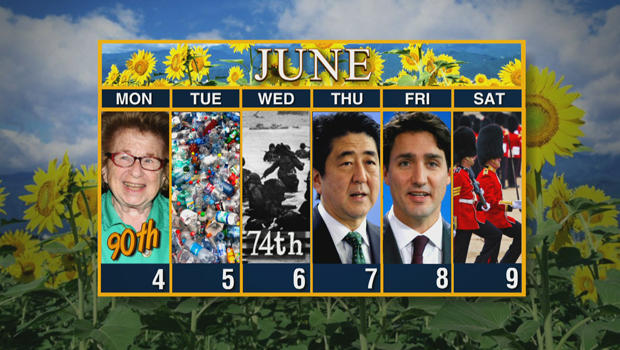 Tuesday is World Environment Day, with "Beat Plastic Pollution" as this year's theme.

Wednesday marks the 74th anniversary of the Allies' D-Day invasion of northern France.

Friday is Day One for the G-7 Summit of Western leaders in Quebec, hosted by Canadian Prime Minister Justin Trudeau.

And Saturday brings the annual Trooping The Colour ceremony in London – the official celebration of Queen Elizabeth's 92nd birthday (which actually fell on April 21).

To watch an edited recording of the BBC's coverage of the 2016 Trooping the Colour ceremony click on the video player below.