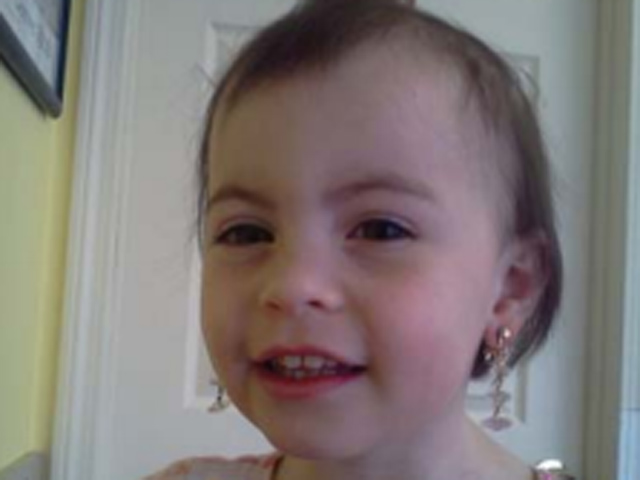 (CBS/WBZ) BOSTON - Massachusetts State Police are now searching for toddler Caleigh Harrison. She vanished on April 19 from Long Beach in northeastern Massachusetts where she was playing with her mother and sister.

The only witness? Caleigh's 4-year-old sister Elizabeth who claims she saw a mysterious man take the 2-year-old from the Rockport beach while the girls' mother had her back turned, reports CBS Boston. Although police say there is no evidence of foul play, the girl's family is convinced she was abducted and are working to circulate Elizabeth's description of the kidnapper.

"At first it was a mean guy, then she got into detail about black shorts, smoking a cigarette, and he had facial hair," Anthony Harrison, the father of both girls, said on CNN's Nancy Grace show. "I wouldn't put my daughter under this kind of scrutiny," said Harrison. "It came from her heart and I believe her."

According to CBS Boston, Caleigh's mother Allison Hammond says she got her daughters situated on the sand before she left retrieve a ball behind a seawall and tried to keep her eyes on the girls as she did so. "I checked on them repeatedly. One last time something was not quite right. I put my hands on the railing and Lizzie had her arms outstretched saying 'Caleigh's gone', and she didn't say anything more."

Searchers briefly looked for clues at Long Beach Thursday but found nothing, the station reports. Investigators will decide Friday whether to return and take a second look.

In the meantime, Caleigh's family is not giving up. "Instead of us sitting around, we feel there's things we can do," the toddler's uncle David Harrison reportedly said.