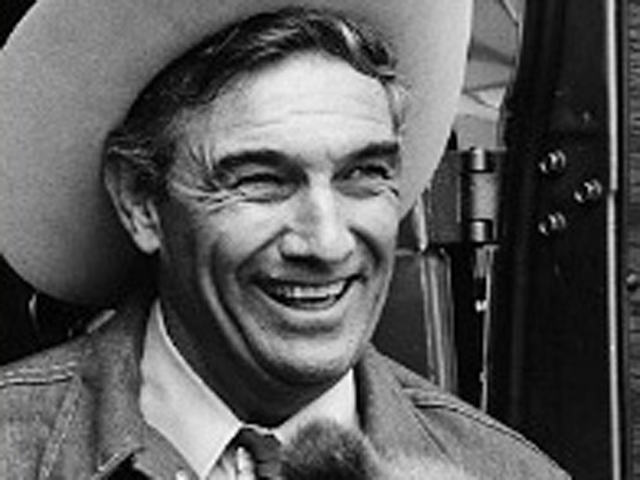 He said he would eat a bug to get you to buy a car. He promised that he would even stand upon his head until his ears were turning red if you would just, "Go see Cal."

Whether Cal Worthington actually did those things is uncertain.

But one thing is not: In car-obsessed Southern California in the 1950s, where automobile pitchmen would slam vehicle hoods, kick tires, scream into television cameras and give themselves names like "Mad Man," adding they were crazy to make a deal, Worthington stood taller and lasted longer than any of them.

Worthington, who died Sunday at age 92, sold more than a million cars during his lifetime by his account. He was the nation's top-selling Dodge salesman in the 1960s and at one time he owned nearly two dozen car dealerships, stretching from Alaska to Texas. In recent years he had cut back to just four.

Worthington, who had remained active until his death, died after watching football with his family at his Big W Ranch in Orland, Calif., said Dave Karalis, general manager of Cal Worthington Ford in Long Beach. The cause of death has not been determined, family attorney Larry Miles said.

For decades Worthington would appear on television over and over, in commercials that seemed to air morning, noon and night. Dressed as a cowboy dandy, and wearing a giant white hat, he would display a down-home, folksy charm as he spoke in his distinctive Oklahoma twang, urging people to come on down and buy a car from him.

But the real star of the commercials was his dog "Spot," which was never really a dog.

Depending on the commercial, Spot might be an elephant or a hippo or a killer whale that Worthington was riding. Or a snake he was wrestling. Or a bear he was roller skating with. In one memorable commercial Spot was a mountain lion that tried to take his arm off when he went to pet the animal.

"Spot," he freely acknowledged over the years, was a gimmick he had stolen from a rival car dealer whose pitchman appeared on TV with his real dog, named Storm.

And though he may not have stood upon his head until his ears were turning red, the decorated World War II pilot did on occasion strap himself to an old-time biplane and have it fly upside down while the cameras rolled.

When the silliness was over, Worthington would start showing off the cars, claiming his prices couldn't be beat, that he had "a gajillion" of them on the lot and that he had to move them out -- right now.

Starting with his first dealership in Southern California in the 1940s, the Depression-era child of Dust Bowl Oklahoma went on to make a fortune doing this.

But while his silly commercials may have made him famous, and entertained millions over several generations, Worthington told The New York Times in 2008 that it was as much his business acumen as anything that made him a success.

"Most dealers make about 1.6 percent on every car they sell," he said. "I make about 2.4 percent because I've learned to do it more efficiently. That may not sound like much until you multiply it by a million cars."

Television was, however, indisputably how he got the word out.

From 1959 to 1972 he hosted a TV variety show, "Cal's Country Corral," that included Johnny Cash and Glen Campbell among its guests. He made numerous appearances in TV shows and movies, often playing himself.

During World War II he gained distinction as a B-17 bomber pilot, flying 29 missions over Germany and earning the Distinguished Flying Cross and other honors.

After the war he continued to fly a variety of aircraft, including a Lear 35, a twin-engine jet that he based at his sprawling ranch, which is a large producer of almonds and olives. His last flight was from Anchorage, Alaska, to California, 10 days before his death, Miles said.

Over the years, Worthington said he would have rather spent his life flying than selling cars.

"I never much liked the car business," he told the Times in 2008. "I just kind of got trapped in it after the war. I didn't have the skills to do anything else. I just wanted to fly."

He is survived by six children and nine grandchildren.