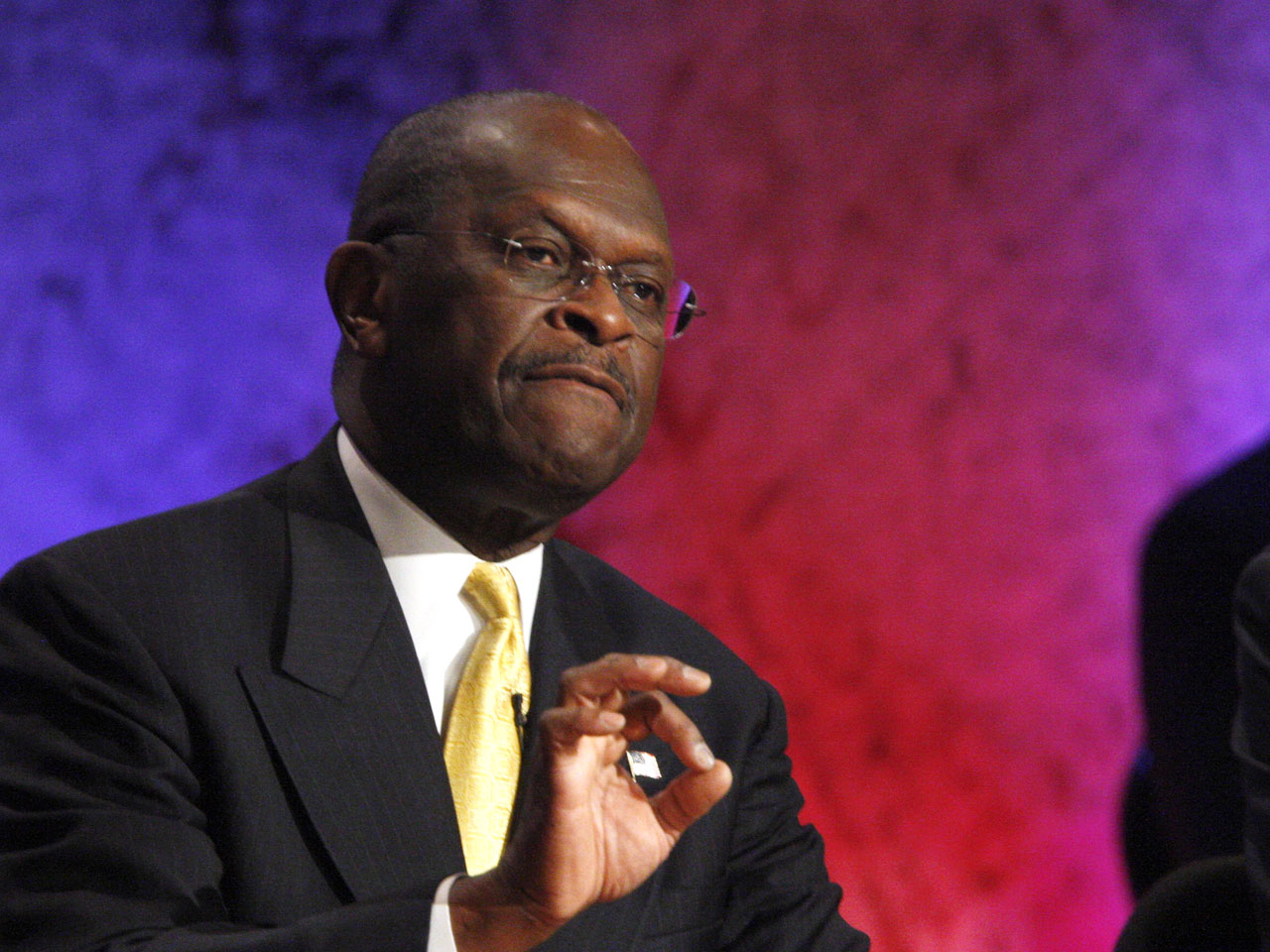 Herman Cain has stumbled on policy issues before, but his remarks on abortion Wednesday night to CNN's Piers Morgan threatened to reverse his unlikely surge into the top tier of Republican White House hopefuls.

After initially saying that he believed in abortion "under no circumstances," Cain appeared to change his tune entirely when pressed by Morgan about cases of rape and incest.

"It's not the government's role or anybody else's role to make that decision," Cain said. "Secondly, if you look at the statistical incidents, you're not talking about that big a number. So what I'm saying is it ultimately gets down to a choice that that family or that mother has to make. Not me as president, not some politician, not a bureaucrat. It gets down to that family. And whatever they decide, they decide. I shouldn't have to tell them what decision to make for such a sensitive issue."

It was unclear whether Cain was referring specifically to cases of rape and incest in calling such a decision a "choice" or whether he was addressing all unwanted pregnancies.

But his comments -- which left the impression that while he personally opposes abortion, he does not believe it should be made illegal -- figure to be anathema to the substantial swaths of Republican voters in Iowa and South Carolina to whom the abortion issue remains a litmus test for candidates.

"When you are a front-running candidate, Iowans expect you to know where you stand, and you better have firm footing," said Tim Albrecht, Iowa Gov. Terry Branstad's communications director. "Herman Cain says he 'shouldn't have to tell them what decision to make,' but he does have to tell voters where he stands on the issue. This is going to leave a mark, and could cause irreparable harm to him in January."

Cain apparently tried to head that off Thursday, issuing a tweet that said, "I'm 100% pro-life. End of story."

Though the economy has dominated the campaign discourse, the abortion issue is always relevant among Iowa Republicans, and it will be a major part of the agenda this weekend at the Faith and Freedom Coalition fall banquet in Des Moines -- an event where Cain will answer questions in front of a large group of Christian conservative activists, along with four of his GOP rivals.

All of the other major GOP contenders oppose abortion rights, and Rick Santorum, who has made his staunch opposition to abortion a key component of his campaign, was quick to pounce on Cain's remarks.

"I find it gravely troubling that Herman believes it's a life, but that he doesn't consider it a life worth fighting for," the former Pennsylvania senator said in a statement. "In fact, Herman's pro-choice position is similar to those held by John Kerry, Barack Obama and many others on the liberal left. No, Herman, it is not 'whatever they decide,' this is an innocent human life. It is unconscionable for Herman to run for the nomination of the party that stands in defense of Life while showing disregard for the sanctity of Life."

The Santorum campaign then piled on by issuing a press release titled "Herman Cain: pro-TARP, pro-tax and now, pro-choice."

Cain's surge in the polls has resulted in renewed scrutiny, which the former Godfather's Pizza CEO has weathered with uneven results. He has sounded unprepared to answer basic questions about foreign policy and has refused to be specific in refuting the charge that his "9-9-9" tax plan would increase the tax burden on poor and working-class Americans.

But while Cain has tripped over a range of issues in debates and interviews over the last couple of weeks, his confounding stumble on the abortion issue could be his most politically damaging misstep to date.

A.J. Spiker, vice chairman of Ron Paul's Iowa campaign, also seized upon Cain's comments in a state where Paul has spoken frequently about his own opposition to abortion.

"As a Christian and OB/GYN doctor who has delivered 4,000 babies, the notion that life is not valuable is something that Ron Paul is unwilling to accept," he said. "Life is precious and we must protect life if we are ever going to protect liberty."

Meanwhile, The Iowa Republican, a publication in the nation's first voting state that often serves as a local GOP insider's guide to the campaign, published an analysis on Thursday morning under the headline, "Do We Really Know Who Herman Cain Is?"

"It seems that Cain is either constantly misunderstanding questions posed to him on what should be easy, fundamental issues, or he admits to having misspoke after it is pointed out that the position he has stated is not that of a conservative," the Iowa Republican's Craig Robinson wrote. "Herman Cain has been campaigning for over a year now, and with only about two months until people start voting in caucuses and primaries, I'm more confused about where Herman Cain stands than ever before."